The Daily Nexus
On the Menu
Umami! Begin the Flavor Revolution
May 4, 2015 at 5:00 am by Taylor Nguyen 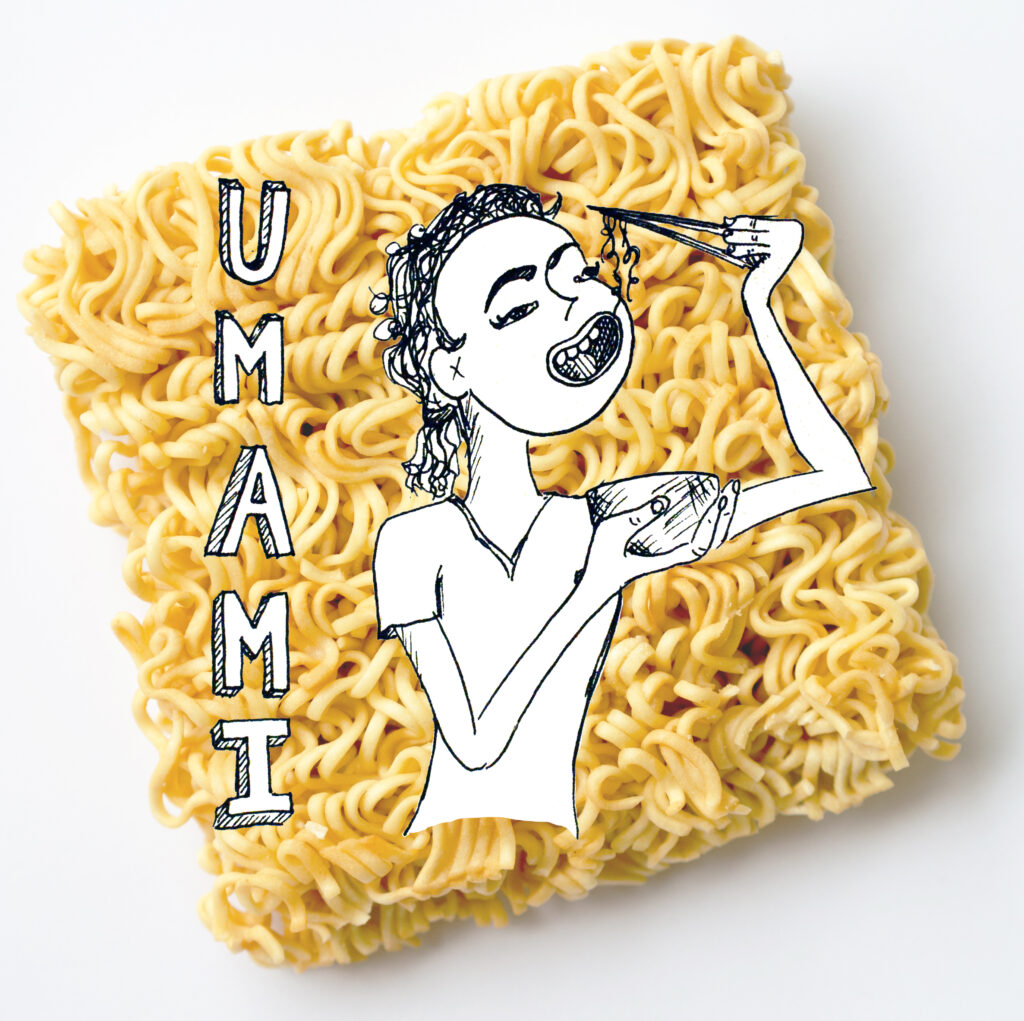 With over 1,000,000 words in the English language, there is not one that exclusively manifests the culinary phenomenon that is umami. Like many, I was only aware of the four traditional ways that food could taste: sweet, sour, salty and bitter. However, the new kid on the block is on the rise to becoming the fifth category of taste: umami. After personally experiencing the umami marvel, I am fully an active advocate of this notion. As in, I’m in the process of printing t-shirts, creating a blog and founding a festival dedicated solely to this wonder — it’s that extraordinary. The best way to describe umami would have to be through a culmination of sensations. A salty and savory blend to create an ineffable richness that coats your tongue and throat, tingles your spine and fills your body and soul with delicious warmth. This is the gastronomic experience you didn’t even know you craved.

My favorite part of discovering umami is that I was in no way remotely looking for it. The sensation revealed its beauty to me all thanks to the graces of serendipity. Through a series of spontaneous events, I found myself on a spur-of-the-moment trip down to L.A. for the weekend with several friends. A day at the art museum left me culturally exhausted and surprisingly ravenous. Fortunately, we stumbled upon the small district of Little Tokyo, a magical place with overwhelming crowds gathering relentlessly outside every ramen and sushi shop within the mile radius. With long lines guarding the front of each door, we felt increasingly discouraged. Then, fate revealed itself in the shape of a bright, red neon sign under which there was an open table set perfectly for five at Manichi Ramen.

Let me preface with the fact that this is not your typical, college-staple ramen that comes inside a plastic package with a shiny packet of mystery powder. With thirteen different types of ramen and twelve various toppings to choose from, this Japanese noodle soup delicately balances a myriad of bold and subtle flavors. In smart ordering fashion, I chose the house-recommended “Manichi Special Tonkotsu” that promised to be the ultimate soup on the menu. After waiting for about twenty minutes, the symphony began.

This ramen was an orchestra that played melodies upon my taste buds and made my soul dance. The ballad began with the most important player, the broth. The soup seemed as if it had been simmering for hours to extract a divine blend of miso, salt and pork that tasted just as heavenly as it smelled. It was a good sign when there was near silence except for the soft chorus of “mmm’s” and “ahhh’s.” This liquid magic alone captured the heart of umami, the warmth that fills up and radiates through each smile in between slurps. The noodles transcend the dollar packages you find in the grocery store ten-fold. Cooked to a perfect al dente, they provided a firm bite for texture. Dolloped on top was spicy miso paste and black garlic oil, which added a punch of tang and deliciousness that picked up the beat in otherwise subtle spoonfuls.

The highlight of the performance was the pieces of Chashu pork, marinated pork belly slow braised to a melt-in-your-mouth tenderness. These bites were fatty and a little sweet on their own, but were enhanced by the zing of garlic and miso. The flavor screamed umami at its best, surpassing the threshold of just salty, sweet, bitter and savory. With the addition of bean sprouts and green onions, there was a playful composition between the crunchy veggies and slurpable soup.
My favorite moment of all was the ajitama, a soft boiled egg marinated in a soy based sauce. The creaminess of the semi-cooked yolk boosted the meaty flavors and varying textures, a crowning final note.

Whether you know it or not, there is a great chance that you’ve already tasted umami, but its distinct quality may not have quite registered. This savory taste comes from glutamate, which is present in many foods like meat and fish, cheese and mushrooms, so it’s easier to find than you might think. Developing awareness for umami has its benefits, too. It may lead to food experimentation, greater culinary appreciation and, best of all, overwhelming happiness. I dare you to join the flavor revolution. Your belly will thank you.

I love this article! It was so well written and really captures the essence of an amazing Unami encounter! So good!

My mouth is watering after reading about this culinary orchestra of flavor!