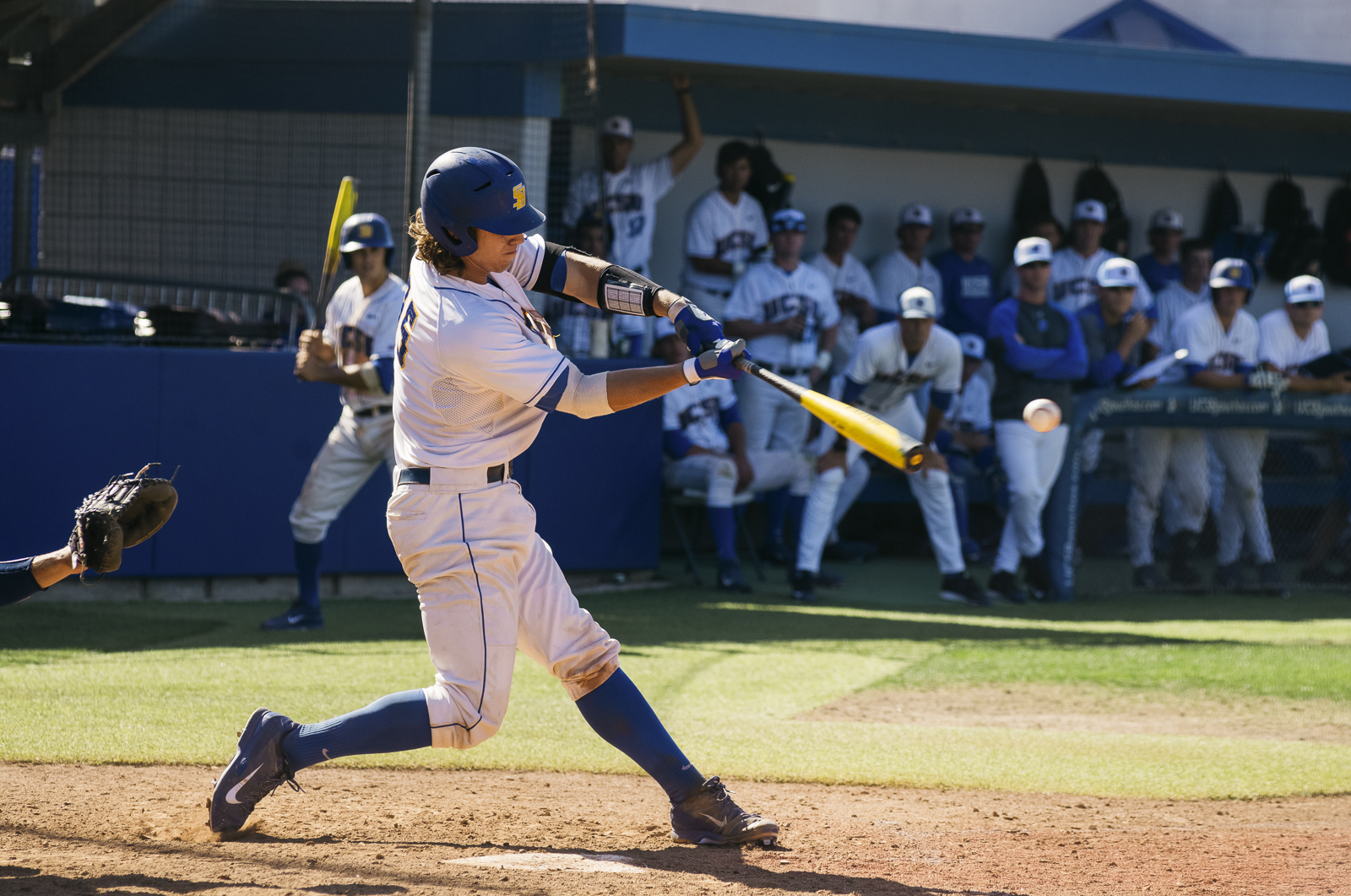 The UCSB baseball team recorded its first conference series sweep this weekend against UC Davis at home. The series concluded on Sunday with a 4-3 win over the Aggies after 13 innings played.

“We’re excited about the results this week … especially because I think Davis has a good team this season,” Head Coach Andrew Checketts said. “Every game is a learning opportunity, so we’ve got to continue to work offensively.”

During Sunday’s 13-inning affair, the Aggies pulled up an early-game deficit to tie the game 3-3 in the top of the eighth. After a scoreless ninth from both teams, the game was forced into extra innings.

The game remained scoreless through the top of the 13th when a single by freshman first baseman Kyle Plantier turned into the winning run, hit in by redshirt sophomore Paddy O’Brien to win the game.

“I’m seeing the ball well right now and going up with a good approach, and trying to have quality at-bats,” O’Brien said. “These games are big right now, and we’re taking it one inning at a time.”

Sophomore righty Shane Bieber started Sunday’s game and pitched through eight innings, allowing three runs off six hits while striking out six Aggies. Freshman lefty Kyle Nelson entered the game in hopes of a one-inning win, but after four consecutive scoreless innings from the Gaucho lineup, Nelson ended the game with five perfect innings pitched. Nelson faced 15 batters and struck out five for his third win of the season.

“It feels good to know [Checketts] trusts me to get out of these tough situations that we get ourselves into. It’s always fun to pitch in really close games,” Nelson said. “I try not to make the situation too big mentally. I go one pitch at a time and keep myself calm and composed and really go after people.”

On Saturday, the Gauchos nearly shut out the Aggies in a 4-1 UCSB victory. Junior lefty Justin Jacome got the start and win during Saturday’s game advancing his record to 7-3.
Jacome allowed the single Aggies run off three hits while striking out seven in his eight overall innings pitched. Junior lefty Domenic Mazza took over for the one-inning save in the ninth after facing only three Davis batters.

“This was a battle. Davis really had a good team, its pitching got tremendously better from last year,” Checketts said.

On Saturday, the Gaucho offense put 11 hits on the board for their four runs scored. After this weekend, the Gaucho lineup continues to lead the conference in collective batting average as it hits for .297.

On Saturday, both redshirt senior outfielder Luke Swenson and sophomore designated hitter Billy Fredrick had one RBI and went 2-3 on the day. Swenson also accounted for one of the runs scored.

“I’d like us to do a better job with runners in scoring position. Our power numbers aren’t up there so we’re going to have to steal more bases,” Checketts said. “We got 14 hits today, and if you’re going to hit a single, you better be able to steal a base to get into scoring position. We did OK today with it, but I think we could have done it better and put more pressure on them.”

Junior righty Dillon Tate opened up the series against Davis on Friday in his seventh win of the season. Tate added seven strikeouts to his record and allowed two runs off five hits in his eight innings pitched. Nelson recorded a ninth inning save following Tate.

The Gaucho offense put up three runs and 10 hits against Davis’s 6-5 senior righty Spencer Koopmans. Koopmans went for six innings before handing the ball over to the Aggie bullpen. Senior infielder Woody Woodward went two-for-four and recorded a triple in Friday’s game.

The Gauchos will play their last home midweek game on Tuesday against CSU Bakersfield before going on the road to face tough Big West opponent Cal State Fullerton next weekend.