The Daily Nexus
News
Artist to Speak on Activism, Expression
May 1, 2015 at 12:41 am by Cheryl Sun and Supriya Yelimeli 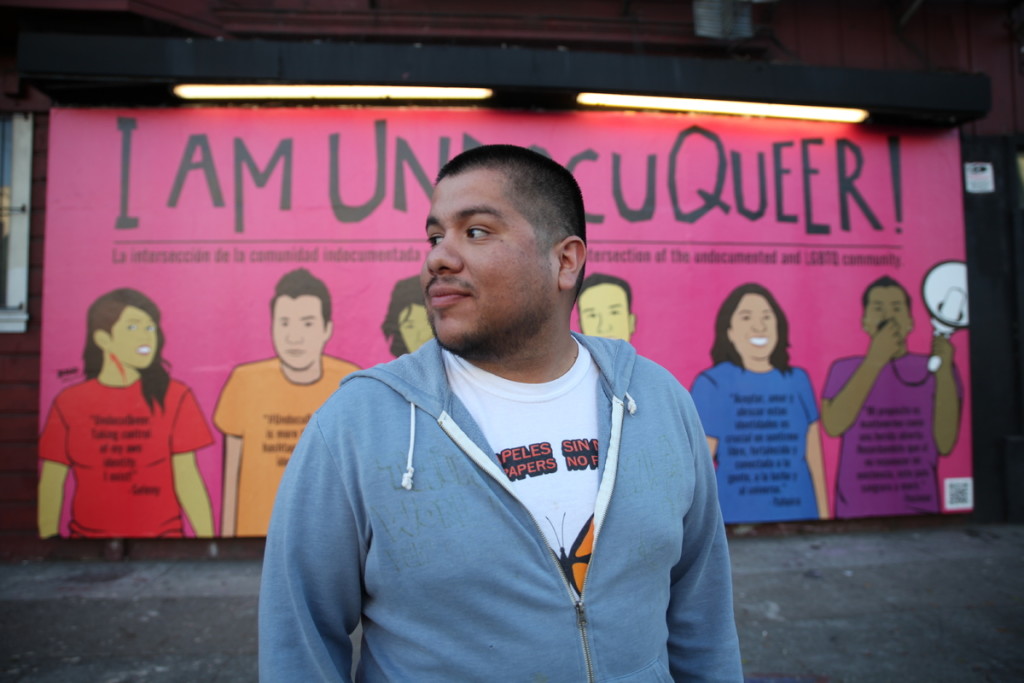 Visual artist Julio Salgado will give a talk titled “Queer, Undocumented & Unafraid” in the Theater and Dance building on Saturday to discuss his work as an activist, which will be followed by an art workshop in which attendees can participate.

Salgado’s talk, hosted by the Research Center of Sexual and Gender Diversity (RCSGD), will explore the challenges he faced as a queer and undocumented man of color in the United States and how those experiences shaped his life. Originally born in Mexico, Salgado moved to Long Beach, California at the age of 12, where he was raised.

Salgado identifies as an “artivist,” an activist who spreads ideas through art. According to Salgado, he began exploring art as a child to cope with the struggle of language barriers.

“I’ve been making art all my life ever since I moved to this country,” Salgado said. “I feel that art — especially visual art and drawing — have been a way for me to communicate, especially when I didn’t speak English.”

Salgado said the hardships he faced helped him realize his passion for sharing ideas through art.

“My experiences as an undocumented immigrant really shaped what I want to do in my art, which is why I wanted to share some of my experiences through poster work, through comic strips and political editorial cartoons,” Salgado said.

The event aims to provide an environment for queer students and students of color to feel comfortable interacting with their peers and sharing experiences with one another, according to Salgado.

“When you are a person of color who’s queer, you have to sort of bring this identity with you, so [I am] creating these spaces for a queer person of color because you feel like you’re not alone,” Salgado said. “There’s this feeling of relief that really takes away the pressure of wanting to show how perfect you are, because nobody’s perfect.”

Salgado said he appreciates students’ interest in his work, and though people “tend to glorify artists who are dead,” he believes it is important for artists to talk about their own work.

“A lot of students … were doing their thesis about me and writing about my artwork,” Salgado said. “I’m still alive, I’m an artist, so I should be talking about my work.”

“Julio’s artivist work within the undocu-queer community made him the perfect guest to host an event for our center,” Moreno said in an email. “Students should attend because Julio Salgado sheds light on a very serious issue facing a community that often does not have a voice.”

Moreno said he looks forward to learning more about Salgado’s past and current work, as well as participating in the art workshop.

“I am looking forward to hearing Julio speak about his experiences as an activist in the art community,” Moreno said in an email. “I am also interested in [the] art portion of the workshop as well, even though I am not a very talented artist.”