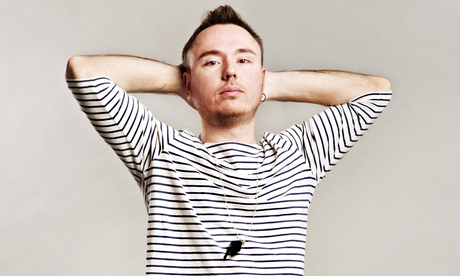 The air was humid from the collective sweat of dancers in the Goodland Hotel’s Rincon Ballroom on Tuesday, April 21. Contrary to the title “ballroom,” the floor was packed with young people breakdancing, gyrating and all around getting loose for the almost-legendary deep house DJ, Duke Dumont.

The event drew in eager fans from all over Santa Barbara and neighboring counties, and it sold out months in advance. It offered a rare chance to see Dumont live, fresh out of Indio from the previous weekend’s Coachella festivities, where he played to a packed Sahara Tent.

This was admittedly a huge change in scenery, and the offputtingly odd venue for techno music and strobe lights brought out some comical anxiety from the swank hotel’s staff, who had security tables lined up right at the entrance and made an active effort to separate music fans from hotel guests. Even the show’s promoters, Red Eye Presents, took to Facebook to warn anyone “Going” that “This is not Beyond Wonderland” and rave behavior would not be tolerated; fortunately their concerns were unfounded.

DJ Mackle of ska/rock group Rebelution opened the night and did a decent job of keeping the crowd active, although not invested. To be fair, opening for the particular fine-tuned and groovy sounds of Sir Duke is not an easy gig.

Later, however, drenched dancers would learn to appreciate and yearn for the spaciousness of the dance-floor during DJ Mackle’s set that quickly diminished once a second figure emerged from the stage’s shadows.

Just past 11 p.m., Duke Dumont was welcomed by a unanimous cheer. The two disc jockeys spun together for a short while until Dumont eventually took control and officially began his set.

Despite the excitement, Dumont didn’t exactly begin on a high note. The beginning of his set saw some hostile vibes — through little fault of his own or his music selection. Rather, two brief power outages eventually drew a round of booing from frustrated fans. The booing incited pleas from the DJ to “Be patient friends,” executed in his signature British accent.

Minutes after the technical conflict subsided, the instance was soon forgotten. After all, live music is all about the now.

Dumont began to showcase his talent for mixing thumping beats and fluid tunes, and never gave a dull moment. He dropped obvious crowd pleasers such as “The Giver” and “Need U 100%” in between familiar rhythms.

The night attracted a refreshing audience, lacking the rough behaviors often typical of passionate music lovers such as shoving and moshing. In their place was the compacted and frenzied energy given off by a group of individuals who seemed to wholly appreciate the artist they were seeing and allow themselves to be taken by his music. A subtle display was formed of the peace, love, unity and respect electronic music has garnered a reputation for eliciting.

For all intents and purposes, the potentially fancy Rincon Ballroom seemed to transform into a tiny sweat-filled techno warehouse. The passion was there from both artist and fans: the essential dichotomy of good live music. Those who were fortunate enough to catch ticket sales got to be in on a delightfully rare moment where the energy in a room is in perfect musical harmony.