The Daily Nexus
On the Menu
Isla Vista’s Newest Contender: Otaco
April 27, 2015 at 5:00 am by Marisa Ratchford 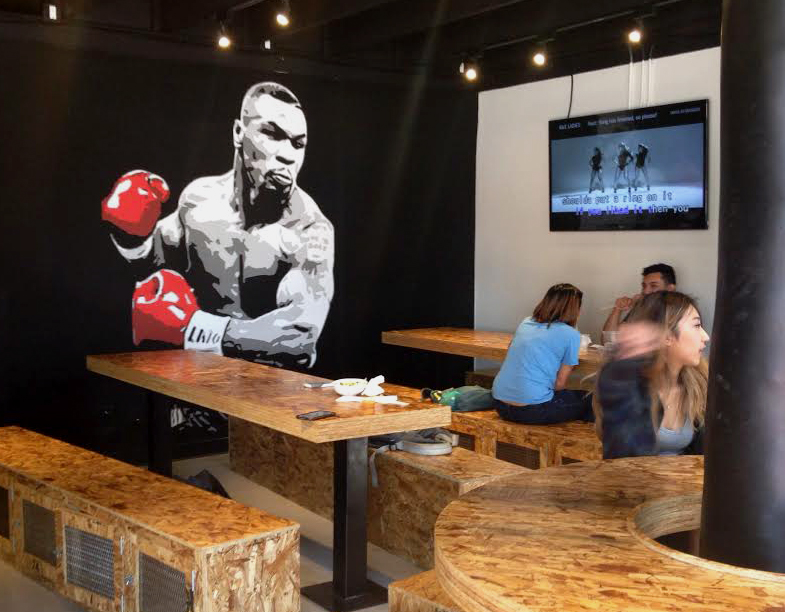 As many of you may have already discovered, the old Angry Wings has been transformed into the Mexican restaurant Otaco. Of course another place to purchase Mexican cuisine sounded less than exciting, but this eatery seemed to have some new takes on the classic taco shop.

A week before opening, I stopped by to ask a few questions about the restaurant. Given a good time to come back, I eagerly prepared myself for an interview.

On the day of the scheduled interview, I walked into the recently opened taco shop, decorated with boxing motifs, with employees in referee jerseys, murals of renowned boxers and even a punching bag to boot. It was charming and unexpected and I was thrilled. However, my spirits were slightly hampered when the owner, with whom I had scheduled the interview, was not there. But this disappointment wouldn’t stop me from enjoying a nice Friday lunch. I gave the interview questions and my email to the second-in-command on a piece of paper and was told I would receive a response back soon.

Now to talk about the yummy part: the food. Otaco serves a simplistic and affordable menu. There are three taco choices: carnitas, carne asada and papas — all for two dollars or less per taco. Otaco also serves three flavors of agua fresca for $3.50 each: strawberry milk, limon con chia and cantaloupe. For the 21 and older crowd, they have a nice selection of brews either sold by the glass or pitcher/tower. To add to the individuality of the restaurant, the Korean-owned business also serves authentic Korean drinks like soju. 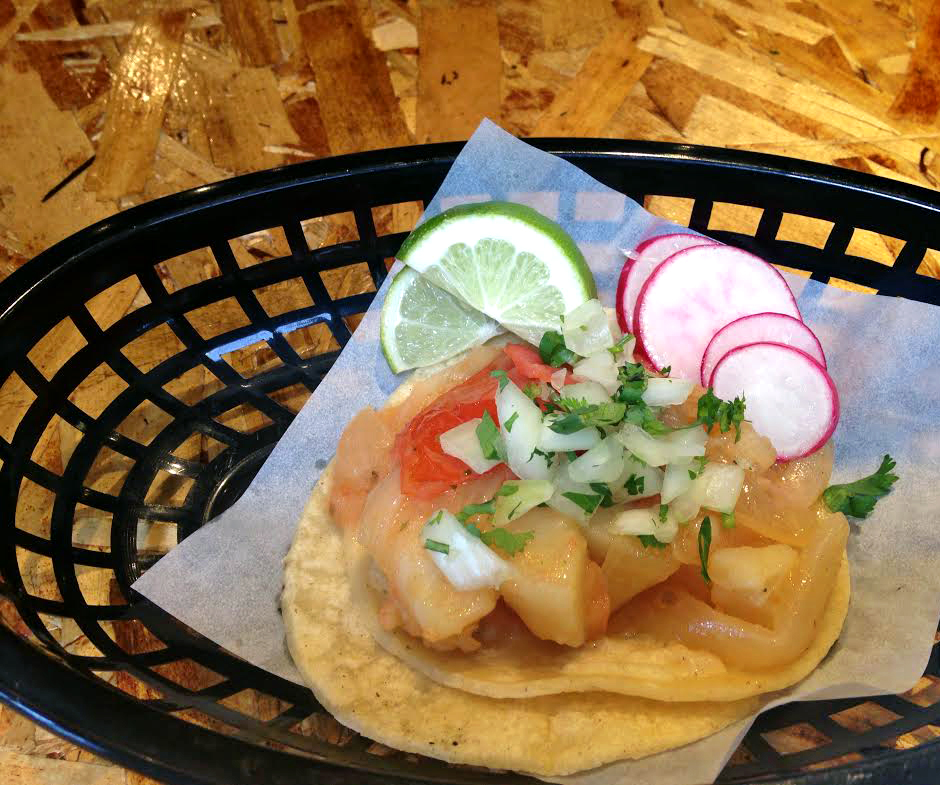 The employees were super friendly and prompt with their service. I got my papas taco and limon con chia agua fresca in under five minutes. I then proceeded to the salsa bar where they had a large selection of veggies, salsas and limes.

After doctoring up my petite taco, I sat at the central table circling the punching bag to enjoy my meal. The taco was pretty good and small in size, but for only $1.50 I wouldn’t expect more. The potatoes were cooked thoroughly while the sautéed red bell pepper and onion helped add texture to the dish. If I had not selected salsas from the bar, the taco may have been a little bland, but creating my own personal concoction was fun and interesting.

My agua fresca was so refreshing, and what it lacked in appealing color was made up in flavor. At first the taste was foreign to me, but after a sip or two, I was guzzling it down. The chia seeds gave it an unexpected twist from your average lemonade.

Okay, so review done — check! Unfortunately, after a couple of days, I still had not heard from the owner and when I approached the manager she refused to speak to me and deferred the duty to one of the workers. Although declining an interview is a valid request, and I understand that a new business may want to get up and running first before speaking with the media, I was still disappointed.

Overall, the food was great, but my experience with the managerial staff was less than appetizing. I was genuinely impressed with the friendly wait-staff, the charming décor and the affordable and tasty food, but I can’t help but wonder if this is how they treat me as a professional attempting to provide free publicity to their restaurant, then how will the residents of I.V. feel as customers?

*This is an updated version of the article titled “9 Unanswered Questions for Otaco” that appeared on the Daily Nexus website on Monday, April 27, 2015.