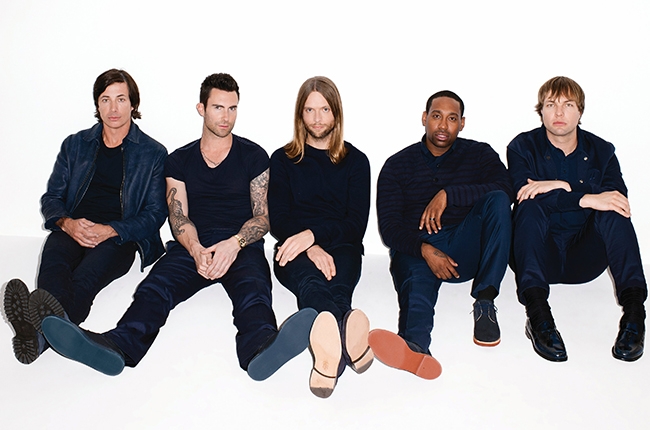 Music is often described as a door of expression. Our music tastes and the bands we listen to closely reflect who we are as people. The soundtracks of our lives are what get us through happiness, sadness and anger, and sharing our favorite songs makes us feel as if we are entrusting someone with a part of us. It allows two people to better understand each other. It gives the message of saying, “Hey, this song says something about me. Maybe you feel the same way I do?”

While music can serve as a link to connect with others better, it has the ability to make one emotionally attach a song to a specific memory or person. At times, music is like time-travel because of its ability to evoke unsolicited emotions. One day, you’re walking to class and you hear someone blasting a song you once shared with someone you loved and suddenly your body freezes up. Why does this happen? Is it nostalgia? Bitterness? Longing?

According to Dr. Charles Mullin, professor of Media Entertainment in UCSB’s Communication Department, “The relationship between music and memory and emotion has intrigued scholars for a very long time now, and seems to be getting even more attention nowadays as researchers are applying a better understanding of the psychobiological mechanisms involved.”

The pervasiveness of music has increased to be much more than just something one listens to in their free time. It has lyrics that influence the world. It’s the voice that understands, and it’s the friend that pumps you up to be excited by life. It’s everywhere — in concerts, radio, TV shows, your iPod when you’re walking to class.

“People nowadays can take their music with them at all times and can enjoy it privately (courtesy of mp3 players and other new-ish technologies). People are particularly able to cultivate a ‘soundtrack’ for their lives,” Mullin said.

Once a friendship or relationship is over, one can put concrete things like books and pictures away, but it’s much harder to separate something as intangible as music. Dr. Mullin explains the reason for this.

“Music-related memories are probably a little different than other types of emotional memories in that they are often social in nature, linked to a social context or social relationship,” he said. Because of the countless memories of the songs you listened to together in the car, sharing music seems to suddenly be tainted with feelings you would like to forget.

“When I ended a two-year relationship, it was around the same time that ‘Payphone’ came out. When you’re 14-to-16 years old, a ‘happy ever after did exist’ is the only thing you know. Last summer we started talking again, and that’s around the time ‘Maps’ came out. It described my situation perfectly,” Harris recalled.

The catchy, but heart-breaking Maroon 5 song Harris refers to is about a person who misses their old love and the conversations they used to have, but later realizes that they shouldn’t feel that way because they weren’t there for each other through their darkest times. Because song lyrics oftentimes fit into personal experiences, many people can allow themselves to feel understood and less alone through music.

Ever had a time in your life you just felt so down that you couldn’t get out of bed? You are definitely not alone. Just when you feel like there’s no one in the world who could comprehend you, you listen to an artist croon in heartbreakingly beautiful ways that transcend conversation.

“I like listening to acoustic music when I’m sad from singer-songwriters like Ben Howard or from LIGHTS’ acoustic album,” Wong said. “I feel like the simple acoustic tones of their guitar and their voice helps resonate with something deeper than what I could put into words.”

In addition to acting as emotional catharsis, music can be enjoyable and reassuring. Shomik Mukherjee, a first-year English major, finds his favorite songs comforting to identify with personally.

“I really enjoy the song ‘Subterranean Homesick Alien’ by Radiohead,” Mukherjee said. “The lyrics are just brilliant, and the feeling of isolation the lead singer, Thom Yorke, describes is universal. It’s very comforting to identify with at times, and on more difficult days, he can be really soothing even as he gets more and more emotive with his voice. Of course, on happier days, it’s easy to just appreciate it as a wonderful piece of music.”

Because music serves as a link to deeper connections — sometimes fun, sometimes meaningful and other times hard to bear — everyone has a different relationship with the music that they play. Music has the ability to speak what words can’t. It’s a bridge for understanding, a connection that unknowingly binds humans to their memories and emotions.

I loved this! I have certain playlists that remind me of certain moments of my life- summers abroad with family (Sea Wolf, The Shins) or, a little more abstractly and without much of a timeline, when I felt like I had really little looking up for me (Unknown Mortal Orchestra, Rhye). Sometimes they have nothing to do with the situation, but just were in the wrong place at the wrong time.