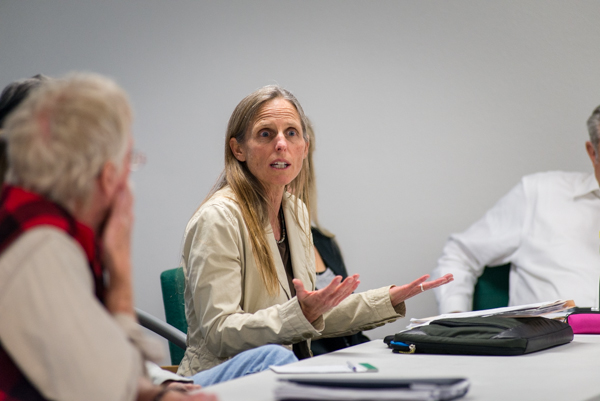 Attendees gathered in the I.V. Clinic Building to discuss funding an independent financial feasibility study that would break down the costs of pursuing different forms of governance, including a Community Services District (CSD), cityhood and a Municipal Advisory Council. The Fund for Santa Barbara, a nonprofit organization that supports grassroots organizations in Santa Barbara county, expressed interest in organizing the study using funds gathered from local groups and organizations.

Interim Executive Director of the Fund for Santa Barbara Nancy Weiss said it would cost around $40,000 to conduct a feasibility study for a CSD, with an additional $16,000-$20,000 for cityhood and $10,000 for legal analysis of I.V.’s potential self-governance options. According to Weiss, approximately $32,000 has been committed by community organizations to support these costs.

“There are a number of commitments that have been made either in writing or verbally for paying for the study,” Weiss said. “That includes individuals and some major entities like UCSB and City College.”

Even with enough money, the financial feasibility study would still require several months of collecting and analyzing information to complete, according to Weiss.

“By the time we press go, sign a contract and have it start, what I understand is two to three months will then be needed to gather all this data and crunch it,” Weiss said. “At this point I don’t even know when a start date will be.”

Darcel Elliott, Community Organizer from the Office of Das Williams, said her existing relationships with local agencies can speed the data collection process.

“A lot of the time it takes for the study is gathering information and reaching out to agencies and all that stuff to get numbers,” Elliott said. “Since I already have relationships with all those agencies, I have a lot of that information that I can send to them that will help speed it along.”

According to Santa Barbara City College Trustee and UCSB alumnus Jonathan Abboud, online crowdfunding is another source of revenue that could help pay for the feasibility study.

“We would probably be open to it,” Schunk said. “We could do micro-donations.”

Participants plan to discuss the boundaries that could potentially be under the administration of a local government in I.V. at next week’s stakeholders’ meeting.

LOL…what a joke CSD $40K City gov $20K whose writing the check UCSB or SBCC? I think they call that getting a blow job…I suggest that IV just roll over and take it in the ass like they’ve been doing. That’s a better option then this blow job “committee”. My first question is where was the Isla Vistans at this so-called meeting…aka PR campaign for CSD?