The Daily Nexus
Opinion
Culture: Developing a Sense of Self
April 22, 2015 at 6:00 am by Shelby Rodgers 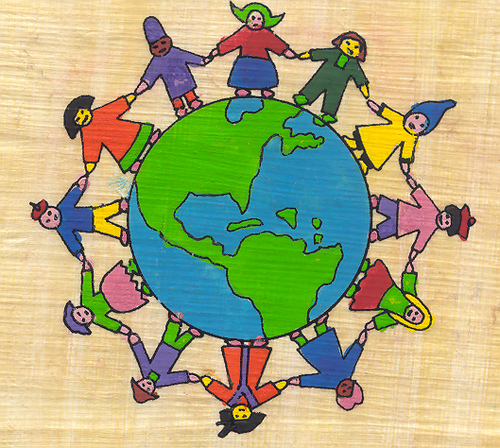 Today, there seems to be an emerging trend of taking pride in one’s culture. More and more rapidly, young people are choosing to explore the history of their families and their origins, and how the past can contribute to who they are now. Many young people are also questioning the culture around them and attempting to decipher how they fit into such a society. This attempt to find a niche in the larger civilization continues to do wonders in encouraging diversity and individualism from young people. From this springs the idea that multicultural individuals are so particularly unique that they maintain a type of fluidity between cultures that allows them to have a niche within numerous and varying societies. This upsurge of educating oneself about what it means to possess their specific heritage allows one to become well grounded in who they are and to explore how that relates to other people and to society as a whole.

Discovering one’s heritage by delving into the history of one’s background and attempting to envision what life may have been like for one’s ancestors is extremely useful for determining how that history applies to who each person is as an individual. At one time, each person’s cultural background defined almost everything about them, but today, folk history has become a lot less prominent in much of what individuals would consider to be their defining characteristics. However, there is an incomparable beauty in the notion that someone can choose to let the ways of their ethnic predecessors become a fundamental part of who they are and use it as a basis to view the world from a different perspective.

Considering the sheer number of young people in our generation who are classified as multicultural, the utilization of whichever cultural history that is the most influential to them could function as an especially powerful instrument in helping them to establish their individuality. Students, in particular, who choose to enroll in classes relative to their heritage are allowed a more intimate insight into their own distinctive history. By being given a structured and formatted way to learn about their heritage, they are better able to become engrossed in what it means to come from their culture and envision themselves in the position of their ancestors. A much deeper appreciation of the land from which their family ties originate and an interest in the significance of learning how to apply this admiration in multiple facets of their life is often a result of these classes. Such courses often spark a gracious attitude towards the importance of how people of different backgrounds are now able to intermingle whilst maintaining their respective cultural singularity, as well as how individuals with multicultural backgrounds are able to use the multiple, complex histories of their different cultures to identify themselves.

Having established this strong sense of self, individuals are more comfortable to explore who they want to be and less intimidated by the inevitable prospect of personal change. Diversity is about more than just people’s backgrounds — it is where they are currently stationed in their lives. This idea has taken root and is being cultivated in many young people today; it continues to allow them to venture into areas they may not have been motivated enough to seek without the ambition brought on by their heritage. Young people are beginning to, once again, outwardly display their zeal for discovering who they are as individuals and what they are capable of. As more social barriers are destroyed, people are becoming less and less afraid of failure, change and realignment of their goals, morals and outlook on life. As people become more acceptant of the humanness of others — the reality of the certainty of change and failure — others begin to acquire an eagerness to try new things without viewing failure as an end-all prospect, but as an opportunity for growth and insight instead.