The Daily Nexus
On the Menu
Earthday Festival Brings Together Santa Barbara’s Best Sustainable Foods
April 21, 2015 at 5:00 am by Marisa Ratchford and Kendy Loi 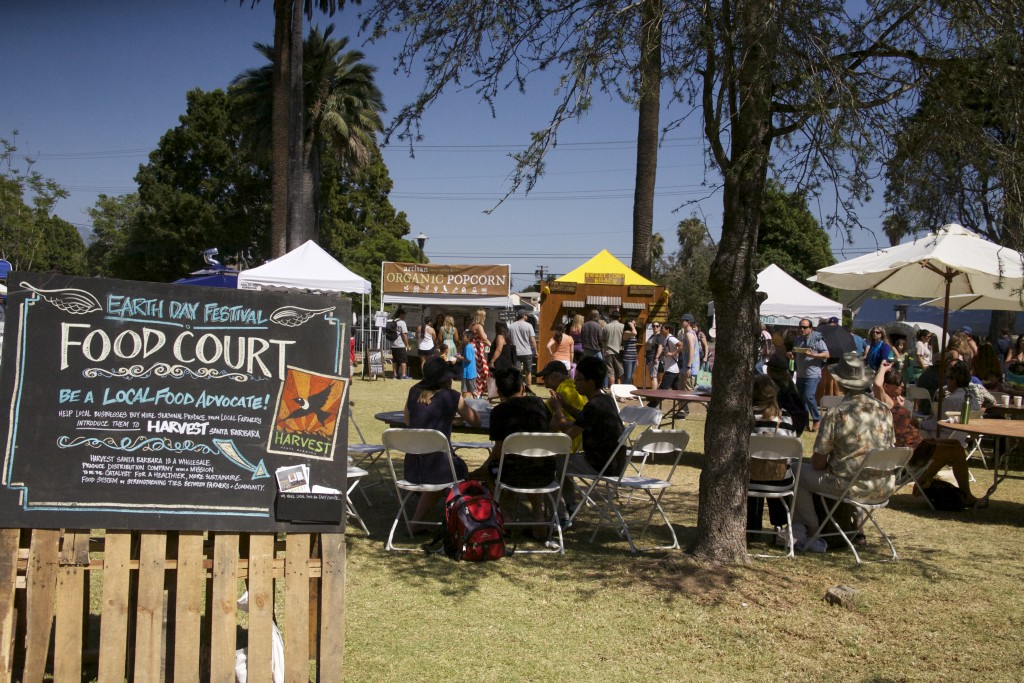 It was a sunny Santa Barbara day, the grassy park was filled with lively smiling faces and numerous vendors contributed eco-friendly products, ideas and projects to the local community. That’s right. The Earth Festival was in full swing at Alameda Park. The event had a continuous stream of live music coming from the main stage, as well as other small sets around the park. But of course, the highlight of this event was the plethora of natural and delicious food. From small companies to even a few well-known food trucks, the event certainly had something for everyone’s taste buds.

While searching through the large festival in an attempt to locate the food court, we came across Lassen’s Natural Foods & Vitamins and picked up their free organic apples. The apples were aesthetically pleasing: bright in color with little-to-no bruising. Biting into the apple revealed that the skin was crisp yet easy to chew. If you had to sum up these apples with one word, that word would be “fresh.” They were so juicy it almost felt as if you were drinking apple juice straight from the juice box.

Our next indulgence was the Santa Barbara Popcorn Co., a vendor that many of you may be familiar with as it often appears on campus during our Gaucho Certified Farmers Market. It prides itself on making its products with “no artificial anything.” We decided to sample the Balsamic & Italian Herb flavored popcorn. It had a crunchy texture, without an overwhelming amount of kernel, which is always a bonus. The seasoning was not overly powerful, yet gave the popcorn a nice kick of flavor. Overall a good choice for any popcorn lover!

Right next door to the popcorn purveyor was the Health-Ade Kombucha teas, “a bubbly probiotic.” Health-Ade’s teas are unique in that they are made only from natural local ingredients from Etheridge Farm and Real Time Farms. The individual brewing process of the teas begin in all-glass containers and then the teas are cold pressed to give them an almost carbonated taste. We tried several flavors. The first was Ginger-Lemon, which had a really rich and intense flavor — you could definitely taste the ginger, almost as if it were a concentrate — and it had a very bright yellow hue, almost too bright to seem natural. The Cayenne Cleanse flavor also included ginger and lemon, which mellowed out the spice, but the tea definitely still maintained its kick. Lastly, for those with sweet-tooths, the Pomegranate was certainly a favorite — an all-natural indulgence with a pretty-in-pink hue to hit that sweet spot.

The next stop on our sampling adventure was Santa Barbara Raw, which makes all-natural, raw hummus. They offered two flavors: Organic Honey and Garlic. These dips are unique in that they are made fresh and by hand the night before and there is no cooking involved, as all the ingredients are raw. The honey hummus felt a bit too bland for our tastes and it was hard to even detect the flavor in the dish. However, the garlic one was fantastic. We would definitely buy that product, since our tiny samples couldn’t satisfy our cravings for the well-rounded flavor. Despite the slightly dirty fingernails of the server of our samples, Santa Barbara Raw was overall quite quaint with a lot of charm. 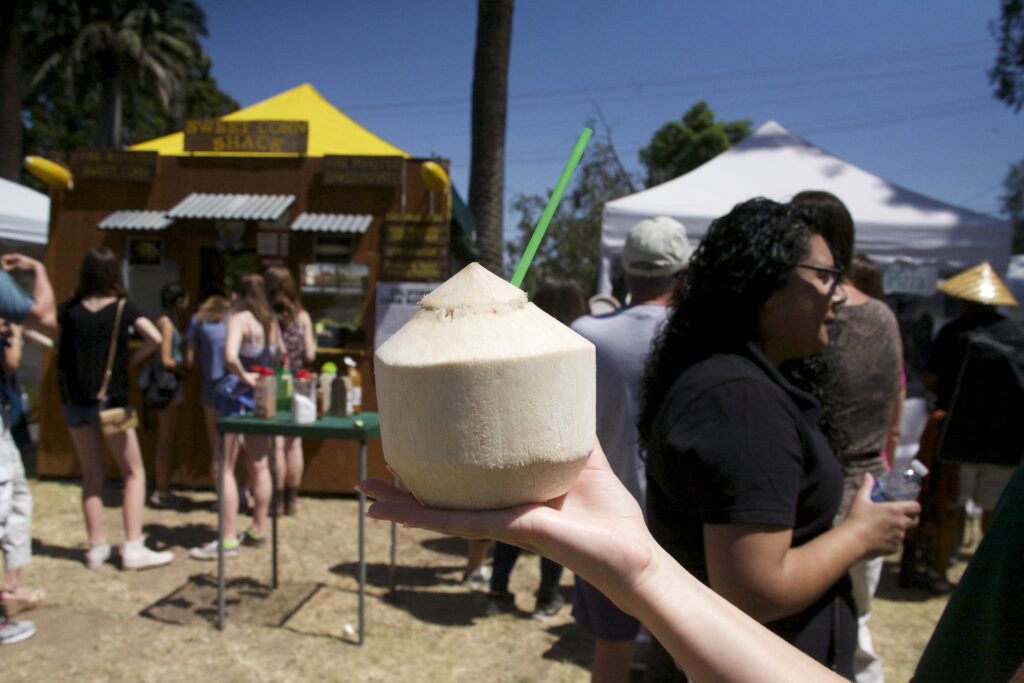 Finally we headed into the big leagues and decided to purchase from a few of the vendors. Up first was a company called Shellfish Catering. It provides ingredients for several restaurants: Casa Blanca Restaurant and Cantina, Boathouse at Hendry’s Beach, Santa Barbara FisHouse and Santa Barbara Shellfish Company. We decided to go the classic route and order their guacamole and chips for $7. The chips tasted as if they were homemade and the guacamole was vibrant and adorned with pico de gallo, which gave it a nice texture. The addition of lime juice gave the dip a nice zest. Overall, it was perhaps a bit pricey for chips and dip, but the fresh ingredients justified the purchase.

Our final stop landed us at Nimita’s Cuisine, whose motto boasts, “It’s a privilege to nourish you.” Being on a budget, we ordered the cheapest things on the menu, which were the Potato Vadas for $5 and the Chai tea for $4. The Vadas, three small bite-sized pieces, were encrusted with a thin crunchy layer and densely filled with soft potatoes that seemed to be lacking in flavor. However, the signature spicy sauce served alongside provided the majority of the flavor and made the dish. The Chai tea was different than what most may be used to; it wasn’t very sweet, which could either be interpreted as a bland drink or an opportunity for the actual spice to shine through.

Overall, the Earth Day Festival was a success in enlightening the fairgoers and providing an easy opportunity for the weary to jump into the natural food life by providing many delicious options that everyone could enjoy while being Earth-conscious: vegan, gluten-free, no GMO’s and no artificial flavors. Of course, we did not get to try everything, and there were many other options that caught our attention, but two small college students can only eat so much!