The Daily Nexus
Water Polo
Gauchos Enjoy Breakthrough Win Over No. 11 Long Beach State
April 20, 2015 at 5:04 am by Sean White 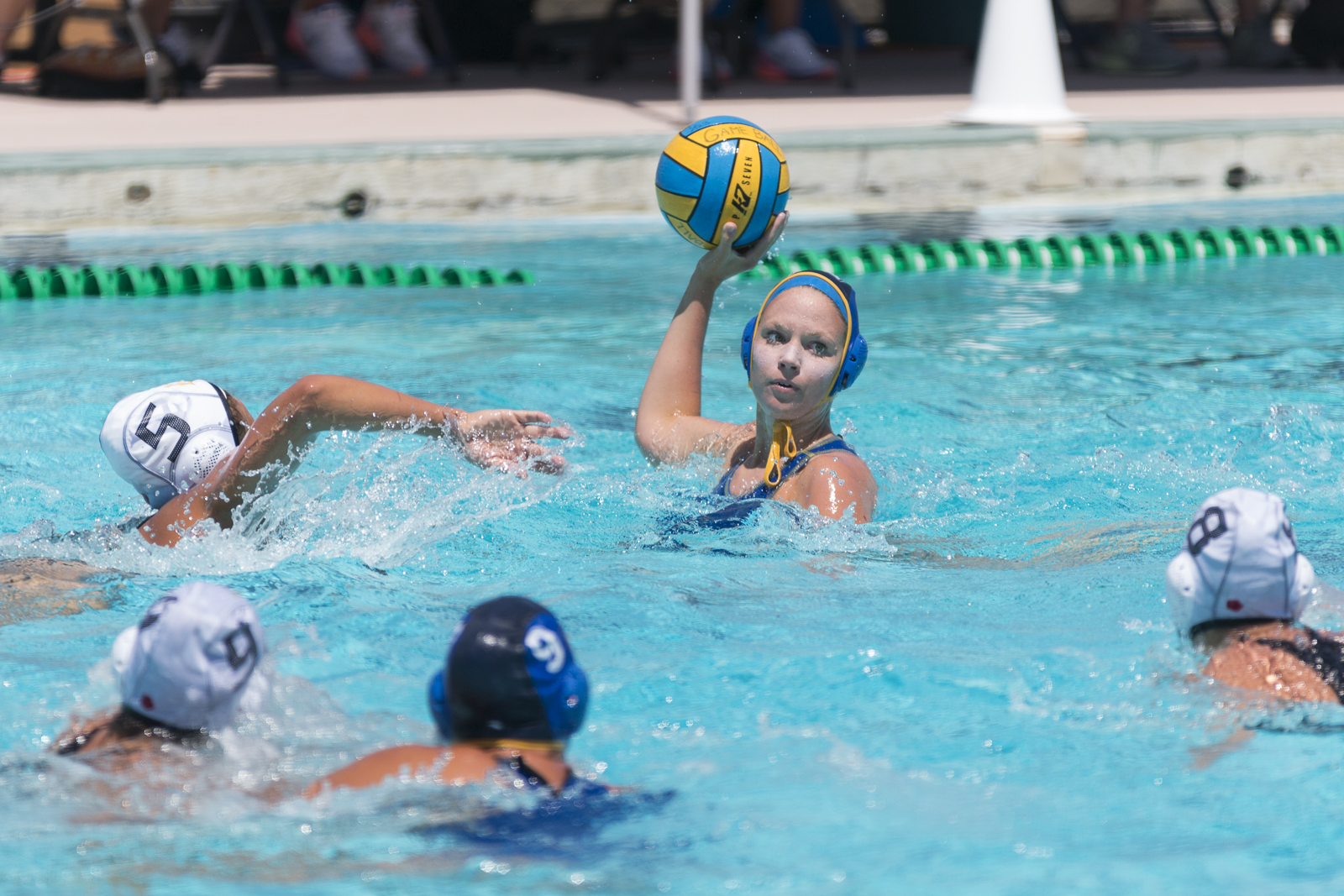 The No. 15 UCSB women’s water polo team locked up the fourth seed in the Big West Tournament this past Saturday with its 8-7 victory over No. 11 Long Beach State. The Gauchos are set to play the fifth seed, No. 9 UC Davis, in the first round of the conference tournament.

“It feels like a breakthrough,” Head Coach Serela Kay said. “The last few conference games, it feels like we’ve just been waiting for that breakthrough. To put the pieces together in the fourth quarter and come out with the win. It was a full team effort.”

UCSB improved its overall record to 13-15, 2-3 in conference play. While the Gauchos ended their losing slump, the loss extends the 49ers’ losing streak to three-games.

Long Beach ends the regular season with a 16-13 overall record and 1-4 conference record. It will enter the Big West Tournament as the sixth seed and will face third-seeded No. 6 Hawai’i this Friday.

Santa Barbara came ready to play as it completely controlled the tempo in the first half with its offensive tenacity. A goal by redshirt freshman utility Tess Wardle was the game’s first score and gave the Gauchos a 1-0 lead. Long Beach State quickly retaliated with a goal of its own from freshman utility Virginia Smith to knot the score at 1-1.

As the first period neared its end, it was a goal by sophomore attacker Taylor Shore to give UCSB a 2-1 lead that sparked the Gauchos’ 4-0 scoring run. Following Shore’s score was a goal by junior utility Samantha Murphy that increased Santa Barbara’s lead to 3-1 at the end of the period.

The Gauchos’ hot streak persisted in the second period. Murphy earned her second score of the game, opening the period with an early goal to expand UCSB’s lead to 4-1. Santa Barbara’s leading scorer, freshman utility Camila Schafer, tallied a goal late in the second period to give UCSB a dominant 5-1 lead at the half.

It was the best first half of defense the Gauchos played all season. Leading UCSB’s shutout in the second period was junior goalkeeper Mackenzie Brokaw. Brokaw recorded a total of 10 saves which helped her team produce offensively.

Despite trailing by four, the 49ers’ unexpected surge in the second half nearly ruined UCSB’s chances of clinching the fourth seed. Long Beach junior defender Christina Kotsia absolutely owned the third period. Her three-goal performance to begin the second half led the 49ers’ comeback and trimmed UCSB’s lead to 5-4.

With CSULB on the verge of tying the game, Murphy scored a clutch goal to take a 6-4 lead that eased Santa Barbara’s pressure.

But Long Beach State continued to fight back as senior attacker Rachel Cretcher answered with a goal of her own to end the third period down 6-5. However, the Gauchos’ success in the opening of periods continued as senior utility Jade Wentz Fitzgerald scored early in the fourth period, increasing UCSB’s lead to 7-5.

Just a few minutes later, Kotsia’s fourth goal and another score by Cretcher tied things up 7-7. As the playing clock ticked down, it seemed like overtime would definitely occur.

But, with just 57 seconds remaining in the game, UCSB’s Shore scored the game-winning goal that earned the victory.

Santa Barbara is set to play UC Davis this Friday, April 24th in the first round of the Big West Tournament in Honolulu at 8:45 p.m. PST.