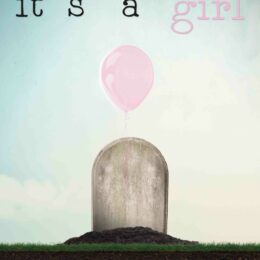 In countries such as India, China and many other regions of the world, girls are being abused, murdered and abandoned simply because of their gender. On April 16, UCSB’s Girl Up Club hosted a screening of the internationally acclaimed film “It’s a Girl” in the Student Resource Building’s Multipurpose Room.

Students filed in as the smell of buttery popcorn and the sound of snapping soda cans filled the room. The abundance of junk food would be a temporary comfort to those unprepared for the harsh reality that would be shared by the movie.

Directed by Evan Grae Davis, “It’s a Girl” introduced a widespread custom called “gendercide” that is globally practiced but often unheard of. The documentary told intriguing stories of abandoned and trafficked girls, of families who would kill for a son and of women who must fight to save their daughters. Through interviews and animations, the film’s team attempted to accurately capture the war that is continuously waged against girls in traditional societies across the world.

Located and shot in India and China, director Davis and producer Andrew Brown interviewed victims. The men and women included Miss Li and her husband, who were forced to flee and financially support their three daughters from a distant region because of China’s One-Child Policy. Davis also spoke to activists such as Reggie Littlejohn, who is president and founder of an organization called Women’s Rights Without Frontiers. In between interview segments, animator Garrett Moldrem heightened victims’ stories with simple yet gripping graphics that emulated each narrative.

Despite the film’s imperfect edits, viewers were taken by the holistic message: gendercide is not only worldwide and unjust but, most importantly, must be ended.

Since its release in September 2012, “It’s a Girl” has been screened in hundreds of settings and has engaged close to a million people. The film has acted as a tool for schools and organizations to enlist people, from students to influential leaders, in the battle against gendercide.

UCSB’s Girl Up is working towards publicizing issues such as gendercide that negatively and internationally impact women and girls. Vice President of UCSB’s Girl Up Club Claudia Perez said, “It’s incredibly important to, as the film itself stated, ‘fight for our sisters’ because they so often can’t fight for themselves.” The club hopes to host more screenings in the future. “It all starts by showing powerful [documentaries like this],” Perez explained; in addition to other events that will promote change within and beyond the UCSB community.

Find out more about Girl Up at girlup.org

Find out more about the documentary at itsagirlmovie.com