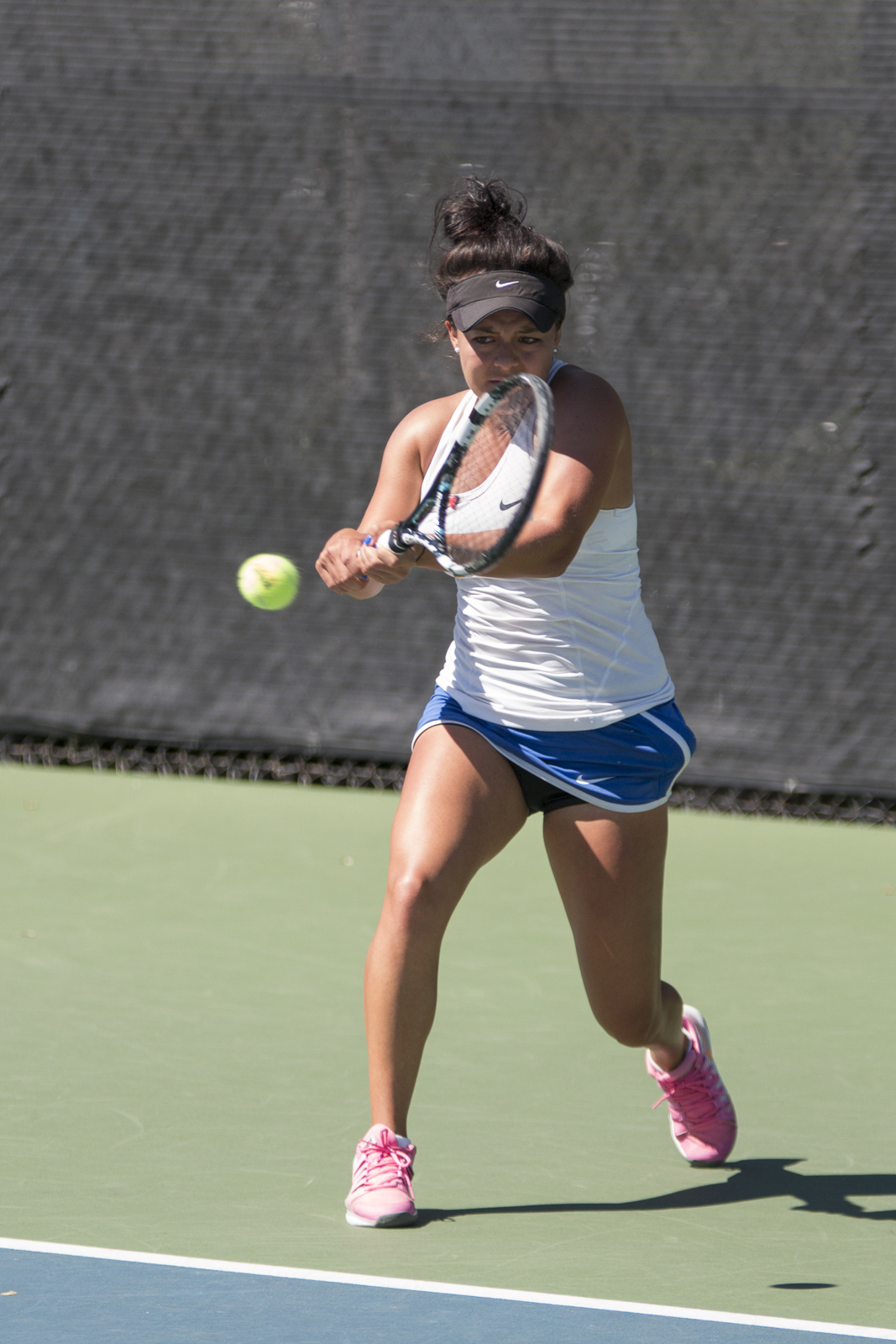 The No. 67 UCSB women’s tennis team will take on Cal Poly in its last regular season conference match this Saturday.

Cal Poly has had an exceptionally tough time playing on the road this season, losing all six matches played. Santa Barbara has rediscovered its form just in time for its last match before the Big West Tournament, bouncing back to beat UC Riverside after back-to-back losses against conference opponents Long Beach State and UC Irvine. Saturday’s match will also honor the Gauchos’ graduating seniors Stacy Yam and April Scatliffe.

UCSB is part of a three-way tie for second in the Big West with UC Irvine and Northridge. A win on Saturday could potentially seal a second place conference finish for the Gauchos.

The Mustangs’ freshman Molly Reed has the school’s best singles record at 9-6, playing mostly on the No. 3 court. For the Gauchos, freshman Natalie Da Silveira has been most consistent during the singles competition, boasting an overall record of 15-6 while playing mostly in the No. 2 position.

Freshman Lou Adler most recently returned to action in the Gauchos’ win against UC Riverside, getting the win on the No. 3 court alongside Da Silveira. Adler was out for eight weeks with a stress fracture on her right foot at the start of the season and has returned to the Gauchos side just in time for the Big West Tournament. Before she was injured, Adler won all three of her singles matches against UNLV, Arkansas and Saint Mary’s, earning a No. 93 national ranking in the process.

In Cal Poly’s most recent match against No. 72 CSUM, the Mustangs lost 4-3 in a closely contested match, showing that they will be a tough battle for the Gauchos on Saturday, despite their record.

UCSB will play Cal Poly at 10:30 a.m. on Saturday morning at the Rob Gym tennis courts.