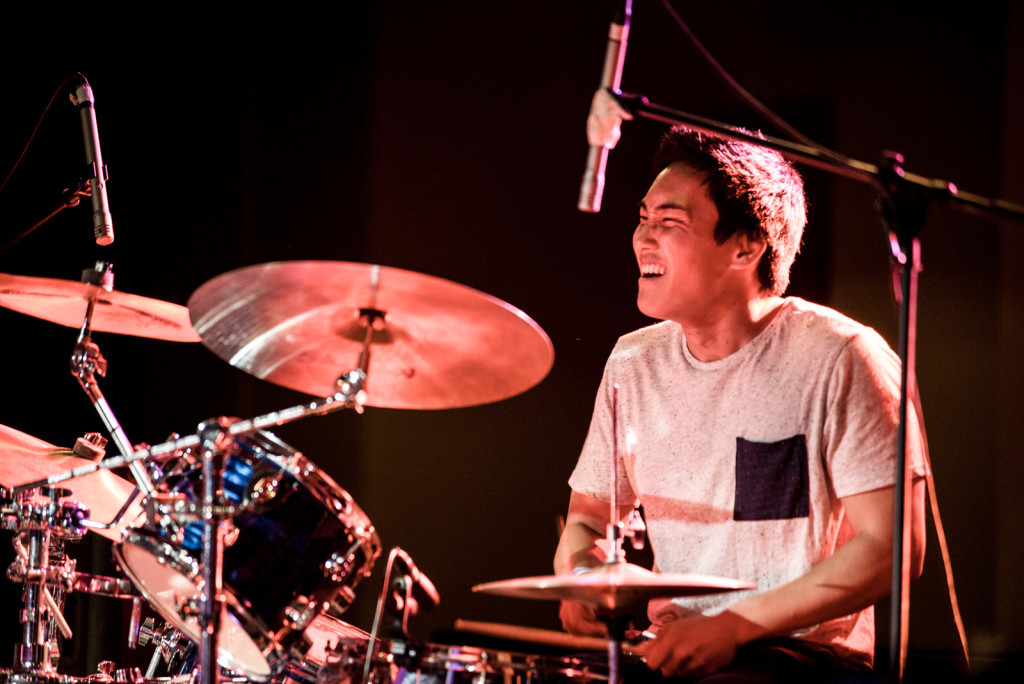 If you can handle the gigantic, color-changing tiger-head looming over the dance floor, Blind Tiger is an ideal location for enjoying drinks and live music. I.V. locals Four Closure, Yancellor Chang and The Crash Landings played the kickoff event of the venue’s new concert series, “Amp’d Up Thursdays.” In addition to local musicians, Amp’d Up Thursdays will feature drink specials and buses running to and from I.V.

Located in one of Santa Barbara’s historic buildings on State Street, Blind Tiger has an atmosphere that is both classy and relaxed. Each of the three stories has its own bar. There’s lots of seating, an ample dance floor and you’d be hard pressed to find a spot with a bad view of the stage. The vibes were positive and energetic as The Crash Landings started off the evening’s music.

A mix of power pop, alt rock and punk tunes kept toes tapping throughout the set. Lead guitarist Michael De Maria managed to last almost four songs before breaking a string during one of his boisterous solos (a regular occurrence at their shows).

Four Closure bassist Jacob Acosta maintained the slightly-clothed schemata by performing the entire set shirtless and barefoot. Four Closure, winners of this year’s UCSB Battle of the Bands, delivered a standout performance. Moh Dalloul’s blistering guitar solos and expressive style were a joy to experience, coupled with Acosta’s banter and unbelievable bass solos. Every member displayed impressive skill and the ability to feed off each other’s vibes to maintain a tight performance, all while exuding an air of relaxed charisma.

“I had a great time. This is an awesome venue,” Four Closure second guitarist Mitch Grimes said after the show. When asked if he expects Amp’d Up Thursdays to draw crowds, he responded, “I hope so. Live music doesn’t get as much support these days, and it really needs it.” Sound engineer Charlie Mumbles thought the show was “super rocked out. I love the young crowd; we need more young cats in here.”

Though the setting featured less thrashing and handle pulling than you might see at an I.V. house show, Amp’d Up Thursdays offered an upscale atmosphere and quality drinks that will never run out. With buses running to and from I.V., Blind Tiger makes it inexcusably easy for students to come out and support their favorite local musicians. The next show is tonight, and will feature Sun Daes , Erisy Watt and Hidden In Fractals.