The Daily Nexus
Sports
Blue-Green Rivalry Renewed at Uyesaka Stadium
April 16, 2015 at 5:09 am by Sarah Stigers 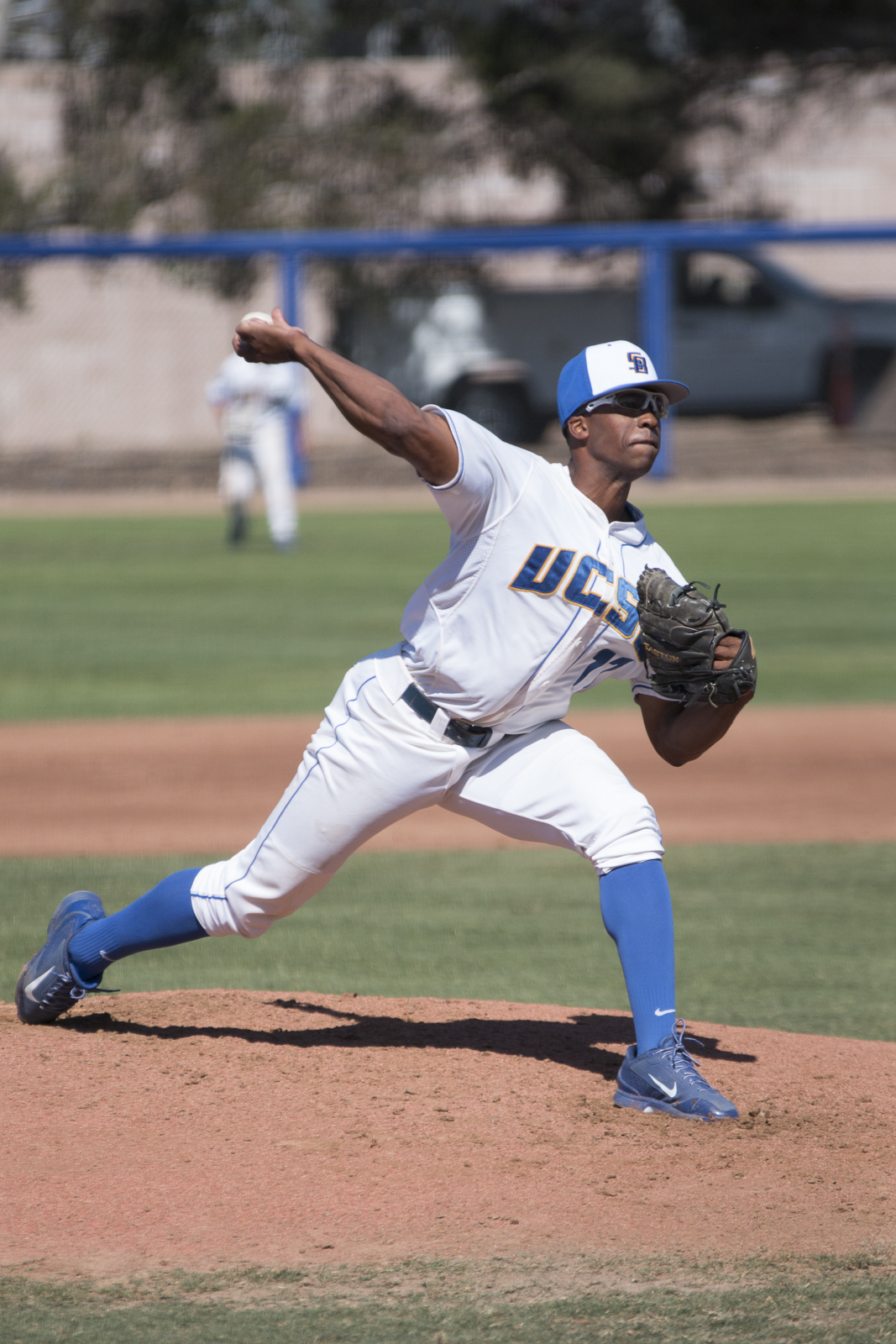 After four days of rest from a week on the road, the No. 9 UCSB baseball team prepares to take on rival Cal Poly in a three-game series at Caesar Uyesaka Stadium starting Friday.

Even after a lengthy thirteen-inning loss, the Gauchos still maintained a 2-1 series advantage over Cal State Northridge to go 3-4 overall last week with an additional midweek win over No. 12 USC last Tuesday. The Gauchos now hold a 4-2 Big West conference record and 26-8 record overall.

“We had some guys that were a little dinged up and needed some rest, so we were able to get some rest and get in the weight room and have a chance to get stronger in preparation for this weekend,” Head Coach Andrew Checketts said. “I think the timing of it was good.”

UCSB now stands tied at No. 3 with Cal Poly in Big West standings, as the Mustangs are also 4-2 in league, but are 15-18 overall. The Mustangs swept Hawaii last weekend and dropped two games against Fullerton in their first conference series.

A tough loss hit the Gauchos last weekend as junior first baseman Dalton Kelly will be unable to play the rest of the season due to a fractured tibia. Though deemed a clean break by doctors and no surgery necessary, the recovery time on such an injury is six to eight weeks.

“I’m pretty bummed, but I’m excited to see [freshmen infielders] Austin Bush and Kyle Plantier play,” Kelly said. “They’re going to do fine. We have great coaches and they are great players, so it will be fun to watch them grow. I’m not worried about them at all.”

This season, Kelly appeared in 32 games and had 18 runs batted in, averaging .262 at the plate and recording a .372 on-base percentage.

“We are trying to get our backup first basemen some reps and try to get them some experience with live pitching during the week,” Checketts said. “We’ll continue to tighten up what we’re doing offensively with our base running.”

As of this week, the Gauchos pitching staff is dominating the conference leaderboard, as UCSB pitchers account for three of the top five Big West earned run averages and all four starters come within the top 10. Not only is the UCSB pitching staff dominating the conference, but also the NCAA with a collective team ERA of 2.13, ranking second in Division I baseball only behind Texas A&M.

Individually in the Big West, junior righty Dillon Tate stands at No. 2 with a 1.73 ERA, followed by sophomore lefty Shane Bieber at No.4 with a 2.05 ERA and close behind is junior Justin Jacome at No. 5 with a 2.08 ERA. Rounding out the starting staff is junior Domenic Mazza at No. 9 with a 2.18 ERA. Both Bieber and Tate are also within the top five pitchers with the most strikeouts.

Up to face that impressive pitching rotation is a Cal Poly lineup that has hit for a collective .266 batting average this season. The team has also won its last five games including a 10-6 win over Fresno in a midweek game on Tuesday.

“[Cal Poly] has turned it around, they struggled early — in the preseason they were ranked ahead of us and picked ahead of us in conference.” Checketts said. “But, I think they’ve been able to turn it around the last three or four weeks, so they’re coming in hot. It’ll be a good battle.”

This weekend’s three-game series will be the third conference series for both teams. The face-off begins Friday in Santa Barbara at 3:00 p.m.

A version of this article appeared on page 11 of April 16, 2015’s print edition of the Daily Nexus.