The Daily Nexus
Sports
Baseball Closes Out Strong Week With Loss to CSUN
April 13, 2015 at 5:07 am by Sarah Stigers 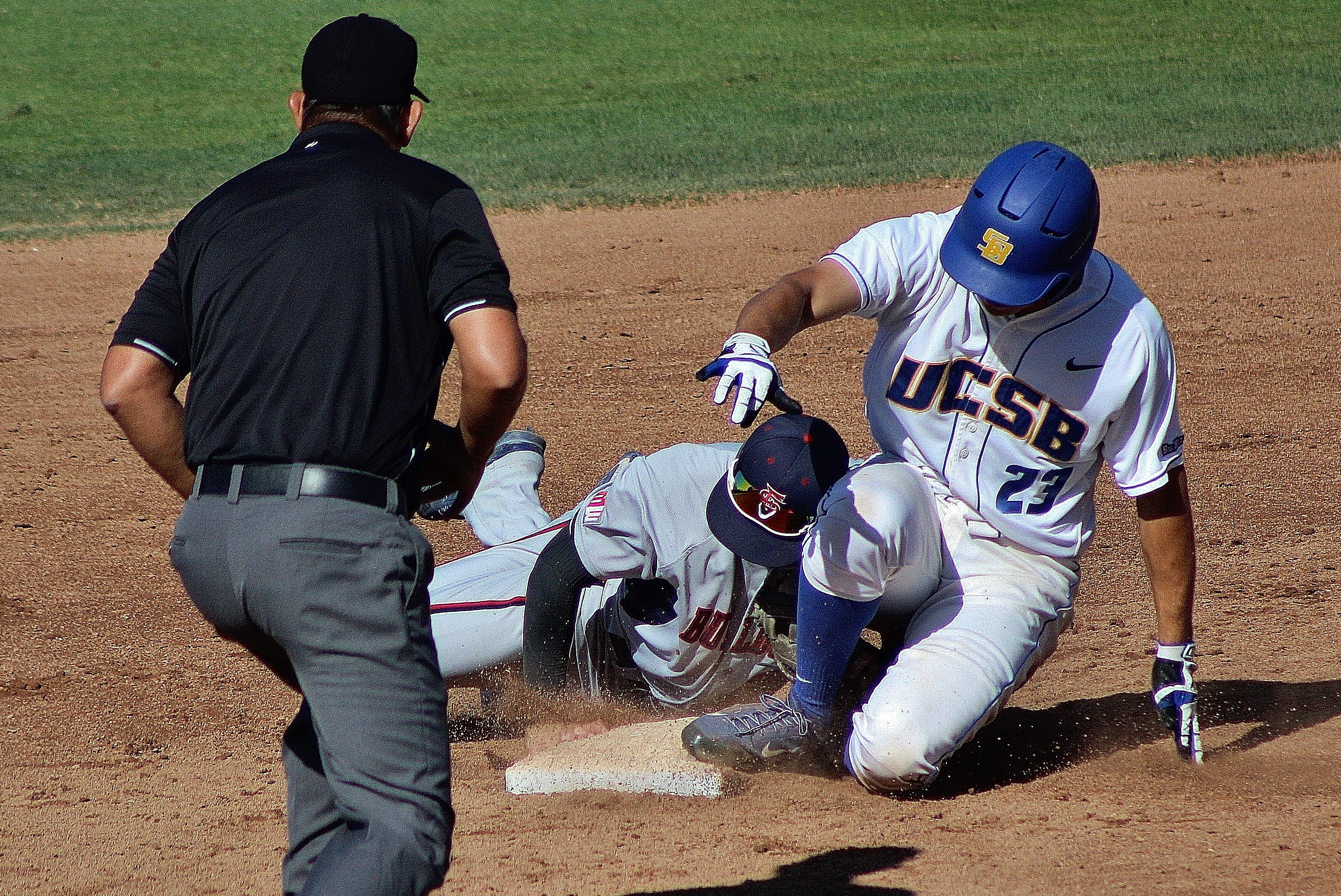 The UCSB baseball team won three of four games this past week after dropping its last game against Cal State Northridge. The Gauchos fell to the Matadors in a close 3-2 loss on Sunday that edged into the thirteenth inning, ending a nine-game win streak.

“It was a really tough loss and it sucked to go through that, but I think we battled,” sophomore righty Shane Bieber said. “But overall it was a good weekend and it was unfortunate that we couldn’t close it with a win today.”

All four UCSB starters visited the mound this week. For junior lefty Domenic Mazza, not only did he start and throw for the win against USC on Tuesday, but he was called in to pitch for three of the thirteen innings on Sunday.

However, Bieber opened up the game on Sunday and went through eight, allowing seven hits for only one run and recording nine strikeouts in his time on the mound.

It wasn’t until two outs in the ninth that Northridge’s redshirt junior outfielder Spencer O’Neil pinch hit and knocked a long homer to tie the game up off junior righty closer Robby Nesovic. Mazza’s appearance from innings 10-12 accounted for only two hits and no runs, but the final go-ahead Matador run was hit off freshman lefty Kyle Nelson, who was recorded as the game’s losing pitcher.

Though the Gaucho lineup put 12 hits on the board, it also struck out 12 times and left 12 men on base, losing potential run opportunities. Recording five of those 12 hits was redshirt senior second baseman Woody Woodward, who went 5-for-6 on Sunday.

“We played a little bit fatigued [yesterday], but we’re going to have to be able to handle four games on the road,” Head Coach Andrew Checketts said. “We pitched pretty well, we picked up Dillon Tate offensively on Friday and we ground out the win on [Saturday]. We had our chances today, we had a lot of opportunities to knock out blows, but we couldn’t land one.”

In Saturday’s 3-2 win, the game went scoreless through seven innings until senior outfielder Cameron Newell knocked a three-run home run bomb to advance the team to 3-0 in the top of the eighth. An attempted two-run comeback in the bottom of the ninth from the Matadors to make the game 3-2 was not enough to take the lead as Nesovic earned his fifth save.

“I think it will be good to get some rest and give our pitchers some recovery time so they can freshen up. I think they’re getting a little tired,” Checketts said. “We can tighten up our game and be more efficient offensively.”

On Friday’s 7-4 Gaucho win, junior righty Dillon Tate opened up to pitch through seven, allowing nine hits and four runs.The UCSB offense took an early six-run lead in the first that padded the lead for the team as it finished up a one-run top of the ninth to secure the win.

“We won three of four this week and each was super close,” Bieber said. “We were able to win most of those close games, but we’re trying to keep that momentum and stay positive. We’re looking forward to Cal Poly this weekend.”

The Gauchos will not have a Tuesday mid-week game this week after their long road trip this past week. The team will suit up again next weekend for a three-game home series against rival Cal Poly.