The Daily Nexus
News
Political Activist To Lecture On Experience in Egyptian Revolution
April 9, 2015 at 5:00 am by Danny Kolosta 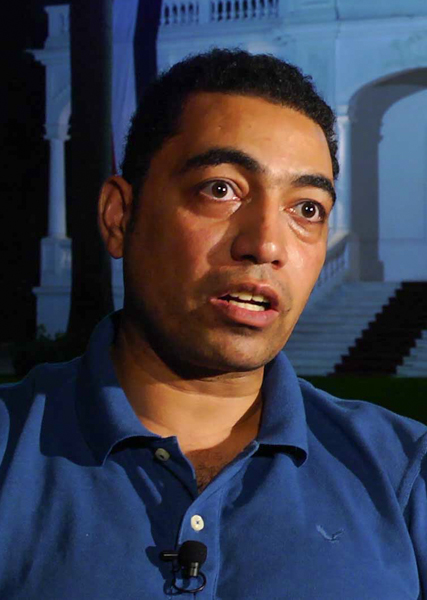 Egyptian political activist Abdallah Helmy Shehata will give a guest lecture on his involvement in the 2011 Egyptian Revolution and the organization of social protests that led up to it in 3824 Ellison Hall today at 4 p.m.

The lecture, entitled “The Inside Story of the Egypt Revolution,” will be hosted by the Interdisciplinary Humanities Center Research Focus Group and sponsored by the Center for Middle East Studies and the Department of Political Science. Shehata is currently the Vice Chairman and Programs Director of the Sadat Association for Development and Social Welfare, and specializes in research on youth mobilization through social media, Al-Qaeda ideology and conflict lines between Christianity and Islam.

Political Science professor Cynthia Kaplan said she met Shehata in Berlin during the fall of the Berlin Wall and at that time invited him to speak. Shehata holds a first-hand account of what it was like to be on the ground during the Egyptian protests during 2011, according to Kaplan.

“He is a rather remarkable informant on those events and consequences,” Kaplan said. “It is a wonderful opportunity to hear a perspective from below from someone who was a participant.”

According to a brief biography written by Shehata for the lecture, he is currently working on human rights issues in Egypt, including “peaceful demonstrations, freedom of opinion, expression and information, and housing rights.”

Kaplan said aspects of Shehata’s lecture that will be particularly appealing to student audiences involve his extensive involvement in youth mobilization during the revolution.

“He was essential in organizing youth participation during the events of the Egyptian Revolution and still is,” Kaplan said. “So this idea of social mobilization is very interesting for those who are interested in social movements in general.”

According to Kaplan, Shehata participated in key negotiations between activists and members of the military and can offer additional unique perspectives to conventional academic studies on the revolution.

“He took part in roundtables with elites and military members, so his perspective is rather refreshing in that he provides insights that a more academic, distanced study cannot,” Kaplan said.

First-year communications major Ruben Rodriguez said he is interested in the fall of governments and ruling elites, and looks forward to attending the talk.

“A lot of governments recently have been overthrown through civil protest, so it’ll be interesting to see [Shehata’s] account of protests in Cairo during 2011,” Rodriguez said.

According to first-year economics and accounting major Nicholas Lynch, his Middle Eastern Studies class this past Fall Quarter peaked his interest in the Egyptian Revolution.

“The Middle East is still in flux and it would be interesting to not only hear his accounts of the revolution in 2011, but also hear what he has to say about the future state of many other countries in turmoil,” Lynch said.

A version of this story appeared on page 4 of the Thursday, April 9 print issue of the Daily Nexus.

Islam and democracy are incompatible. ++ Globally, the story is the same. Out of the 57 nations which comprise the Organization of Islamic Cooperation, only three rise to the level of flawed democracies, according to the 2010 Democracy Index by The Economist.[7] With the exception of communist and former communist countries, Islamic nations impose the highest level of government restrictions on religion. Among the predominantly Islamic countries in the middle east and North Africa, 80% have anti-blasphemy laws and 60% of these nations enforce them.[8] Democracy, individual liberty, free speech, toleration, and equality are simply not consistent – or even… Read more »

AMMONNEWS – The Jordanian leader of the hardliner Salafi Jihadi current said that democracy in its concept as “ruling of the people by the people” is in contradiction with Islam’s concept of the sovereignty of God’s law.
Abd Shahadeh, known as Abu Muhammad al-Tahawi said in statements to Ammon News that democracy in its common conception is forbidden in Islam, where sovereignty and ruling belongs to God’s law and not people’s authority.