The Daily Nexus
Sports
Gauchos Travel to CSUN for First Conference Road Trip
April 9, 2015 at 5:06 am by Sarah Stigers 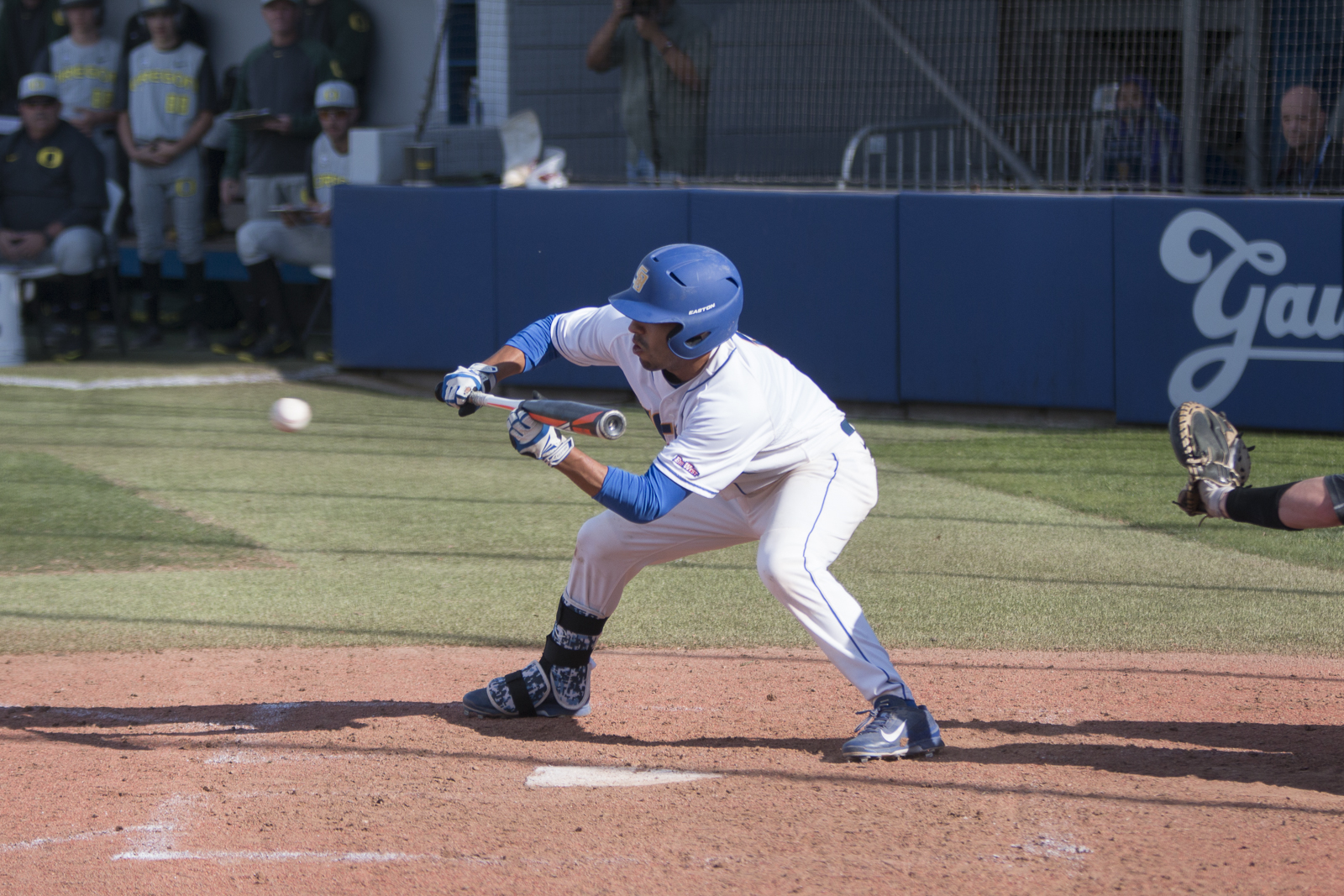 After its win against USC on Tuesday, the No. 11 UCSB baseball team takes its seven-game win streak down south tomorrow to challenge Cal State Northridge in a three-game series. It is UCSB’s second Big West conference series of the season.

After continuing to be undefeated in mid-week games with a close 2-1 win against the Trojans, the Gauchos boast a 2-1 Big West and 24-7 overall record. In the opposing home dugout, CSUN currently stands 1-5 in Big West and 20-11 overall.

“Northridge is playing well this year, they struggled last year, but they’ve pulled it together,” Head Coach Andrew Checketts said. “This is our first conference series on the road, so they are going to be challenged. It tends to be more of an offensive ball park, and they’ve got some tough pitching.”

After junior lefty Domenic Mazza’s solid seven-inning start in Tuesday’s win, that leaves the rest of the three rotation starters up against CSUN in conference play this weekend.

Out to the mound to start the games will be juniors Dillon Tate and Justin Jacome, as well as sophomore lefty Shane Bieber. Assets in the bullpen include Mazza, redshirt freshman righty Joe Record and freshman lefty Kyle Nelson.

At bat, leadoff hitter redshirt sophomore Andrew Calica continues to be a base path regular as he is currently hitting for a .351 batting average and a .482 on-base percentage, and also went for his 12th steal of the season in the game against USC.

“We’ve got to get our leadoff hitter on so we can play some team offense,” Checketts said. “… We are going to need to be efficient with our hits, and put some pressure on them and play the West Coast offense.”

Junior right-handed pitcher Calvin Copping is topping the Big West for the Matadors, as he comes in fifth in the conference for total strikeouts, putting away 53 opponents. Offensively for CSUN, Chester Pak has put up six home runs this season and earns himself the second seat in the conference for homeruns.

UCSB currently ranks No. 4 in the Big West, but is only one of two teams that have yet to play more than one conference series this season. However, the Gauchos’ overall win percentage far surpasses the rest of the league, as UCSB has won nearly 75 percent of its games.

“The ball has a tendency to carry more [at Northridge], it’s a little hotter — it can carry out of the ballpark,” Checketts said. “I don’t know if with our pitching numbers and theirs, if that will hold true, because both pitching staffs had done well this year. They are a good team, and we have our work cut out for us.”

The Gauchos will take on the Matadors Friday at 2 p.m. and Saturday at 2 p.m. in Northridge. They will culminate their series on Sunday at 1 p.m.

A version of this article appeared on page 11 of April 9, 2015’s print edition of the Daily Nexus.