The Daily Nexus
News
A Year in Women’s Prison, A Night at Pollock Theater
April 9, 2015 at 5:00 am by Peeka Zimmerman 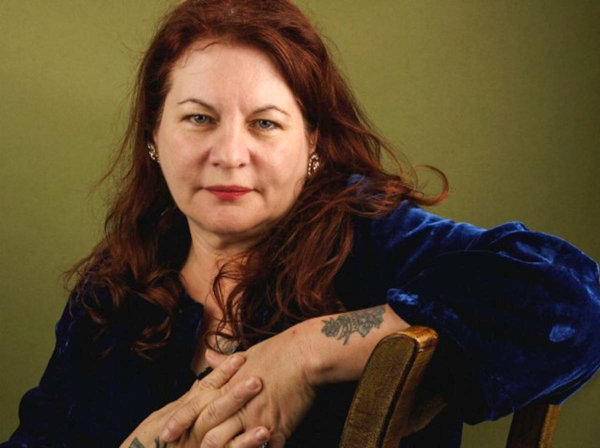 As part of the TELEtalk series, Netflix’s “Orange Is the New Black” was screened at Pollock Theater, after which Allison Anders (above) held a Q&A. Courtesy of NBC Los Angeles

The Carsey-Wolf Center presented a special screening of the Netflix television series “Orange is the New Black” (OITNB) on Wednesday night in Pollock Theater as a part of their TELEtalk series, which examines historical and contemporary television.

The Emmy-award-winning series, based off of Piper Kerman’s memoir Orange Is the New Black: My Year in a Women’s Prison, features the experiences of female inmates in a women’s federal prison. After a screening of S02E06, “You Also Have a Pizza,” the director, film and media studies faculty member Allison Anders, held a Q&A session ending with a reception in the lobby. The event was co-sponsored by the Resource Center for Sexual and Gender Diversity and the Department of Film and Media Studies and Davidson Library’s “UCSB Reads,” which chose Kerman’s memoir as this year’s campus-wide reading selection.

When film and media studies faculty member Cynthia Felando asked Anders how she began watching the show, Anders said “OITNB” is one of the few shows she has “binge watched.”

“I watched everything and I thought it was a really brilliant pilot, and of course I loved the fact that there was so many women in one show. It was amazing to me,” Anders said. “I love it that Piper was so well equipped for prison — it was just like the greatest thing to me that all of her sort of yuppified, kind of hipster stuff was not going to fly in prison. But yet it also became how she coped.”

Anders said race, class and age are balanced in the series, and that the characters’ shared situation equalizes their different backgrounds.

“That is the genius of Jenji Kohan, who created the show,” Anders said. “Whether it is a guard or inmate, there is a humanity there. There is a heart under that, there is a person who is struggling, and I thought that was just amazing with these characters — all of the characters, really.”

Responding to an audience member’s question, Anders said she is an active feminist in the midst of the film industry’s gradual acceptance of women in the business.

“I do feel like it is getting better,” Anders said. “It gets better in small increments each year. It is remarkable how far behind the industry is, and I do not understand why.”

“Film and episodic television, and now streaming with Netflix,” Felando said. “It is like the gamut.”

Assistant University Librarian for Outreach and Academic Collaboration Rebecca Metzger said UCSB Reads has brought people together with its screening of “OITNB”.

“UCSB Reads is meant to bring the UCSB and Santa Barbara communities together to read and discuss a common book,” Metzger said in an email. “While the UCSB Library plans and hosts most of the programming, we encourage others on campus and in the community to organize their own events around the book, too.”

Campus groups such as the Literature Club and the Queer Book Club have read OITNB, and the Associated Students campaign Invest in Graduation Not Incarceration, Transform Education (I.G.N.I.T.E.) hosted events focusing on the book, according to Metzger.

UCSB Reads had a speaker from the university Office of Judicial Affairs talk about how the restorative justice process is applied on campus to students who violate university policy.

“That discussion was attended by many students in the Teacher Education Program on campus who wanted to know how to apply restorative justice to the K-12 setting,” Metzer said.

Through UCSB Reads, Metzger said restorative justice issues have been brought to a local level and made meaningful for students in their work and research.

“You only have to stop by the lobby of the UCSB Library to view our exhibition of photographs of girls in the juvenile justice system by Art Professor Richard Ross and read the comment book to understand the impact of these issues to our students and community,” Metzger said in an email. “There are students here who have been in juvenile facilities, or whose parents or other family members have been in or are in prison.”

A version of this story appeared on page 7 of the Thursday, April 9 print issue of the Daily Nexus.