The Daily Nexus
Sports
Gauchos Travel to No. 12 USC Seeking Season Sweep
April 7, 2015 at 5:02 am by Sarah Stigers 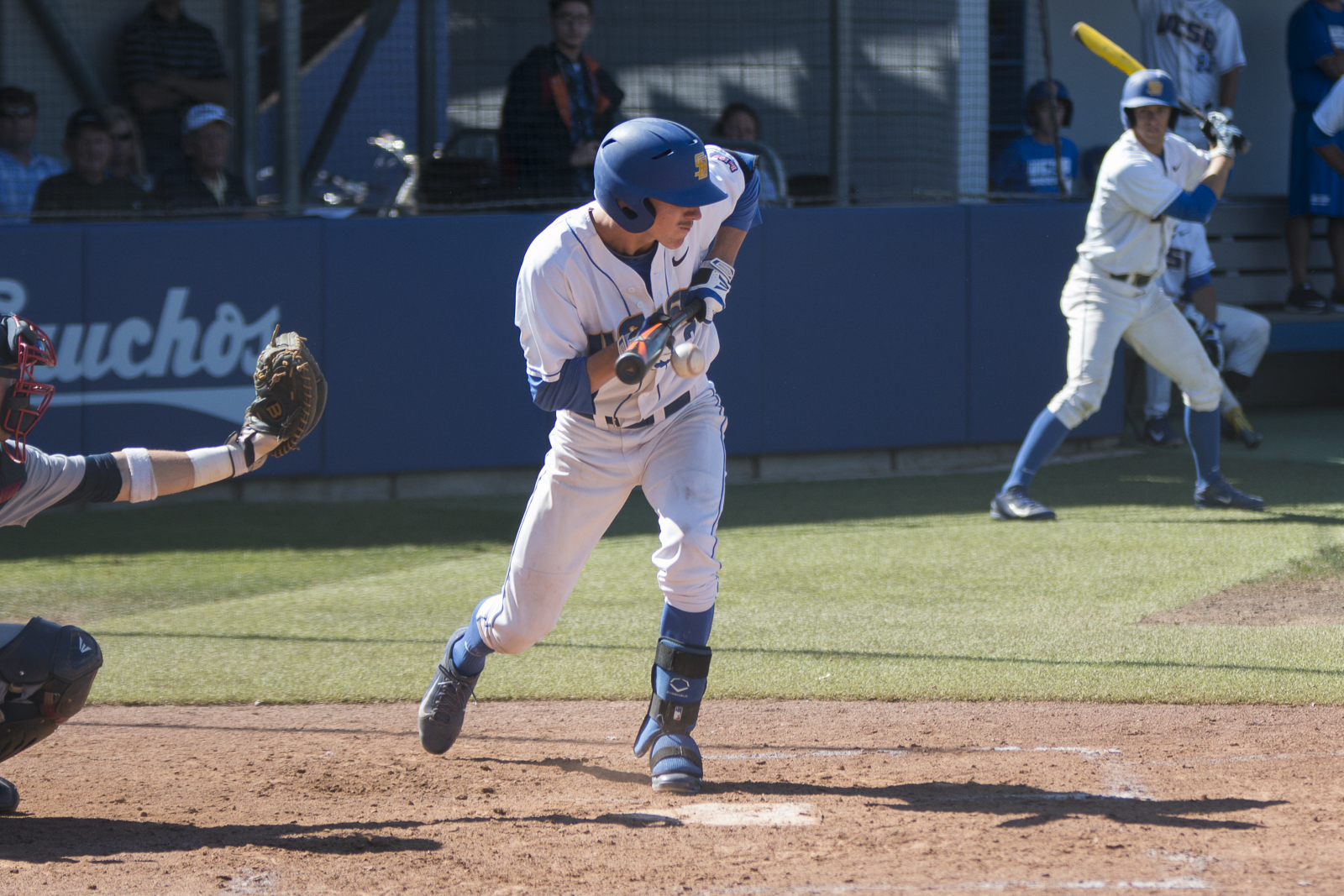 The UCSB baseball team is on the road today to face USC for the second time this season. The Gauchos pulled out a ninth-inning walk off RBI to win the game the last time the two teams faced.

The Gauchos will enter play today with a 2-1 Big West and 23-7 overall record after their sweep over Fresno last week. Since UCSB upset the Trojans’ undefeated record in March, USC has advanced to have a 7-2 conference, 26-6 overall record and currently ranks at No. 8 in NCAA. UCSB still stands at No. 12.

“This is one of our midweek games where we are concerned about making sure [junior pitcher] Domenic Mazza is available in the weekend bullpen as well,” Head Coach Andrew Checketts said. “Being able to balance that and still be able to have a chance to win the game could be a challenge.”

Through 103 at bats this season, junior designated hitter and righty-closer Robby Nesovic has maintained a .369 batting average. Nesovic not only leads the team, but the conference in total RBIs, knocking in 28 this season. UCSB comes second to Davis in total runs scored this season with 177, but leads the conference in RBIs by an eight-point margin with 168.

UCSB also currently holds the conference’s top spot for overall team batting average and on-base percentage, as the Gauchos are currently swinging for .301 collectively with a .388 OBP.

“These [games] are always important,” Checketts said. “You’re trying to balance the importance of winning this game and how it will matter at the end of our year in the post season.

The UCSB pitching staff is also currently ranked first in the Big West, coming in on top in almost all categories, including a staff ERA of 2.15. In just 30 games pitched this season, the Gaucho pitching staff has struck out 260 batters and allowed only seven home runs.

Both junior righty Dillon Tate and junior lefty Justin Jacome earned spots in the Big West ERA leaderboard this week. Tate comes in on top once more with a 1.34 ERA and Jacome’s 2.05 clocks in at fifth best in the Big West.

Though the Gauchos have a strong starting rotation, there is still a need for equally as effective set-up men and closers in the bullpen. In recent games, Nesovic, and freshmen pitchers Kyle Nelson and Joe Record have been called up to the mound in the late innings to round out the game.

Record came out in the series opener against Fresno and threw for his second win of the season, allowing only one hit through 1.1 innings. Nelson appeared on the mound twice in the series against Fresno, both Wednesday and Saturday.  On Saturday, he threw a hitless 1.1 innings, before turning the ball over to Nesovic, who has closed for three of the past six games.

“I think we played at home the last game and had the traditional baseball home field advantage,” Checketts said.“We’ve been at home a lot more, but this gives us the opportunity to prove that we can win on the road against a good team.”

Since the Gauchos last faced the Trojans, USC has only lost five games and is currently 15-2 at home. Leading the offensive charge for the Trojans is red shirt junior outfielder Bobby Stahel who currently holds a .345 batting average through 124 at bats. Stahel also accounts for a team-high 31 of the total 213 Trojan runs scored this season.

On the mound for USC, junior lefties Kyle Twomey and Marc Huberman have both gone 5-1 this season. Huberman maintains a 1.11 ERA through 24.1 innings pitched, allowing just 18 hits. Twomey’s 48.1 innings pitched has left him with a 2.05 ERA.

The two teams will face today at USC at 6:00 p.m. The Gauchos will not return home this weekend, as they have their second conference series against Cal State Northridge starting on Friday at 3 p.m.