The Daily Nexus
Water Polo
Water Polo Falls to Hawaii in Kay’s Return
April 6, 2015 at 5:00 am by Sean White 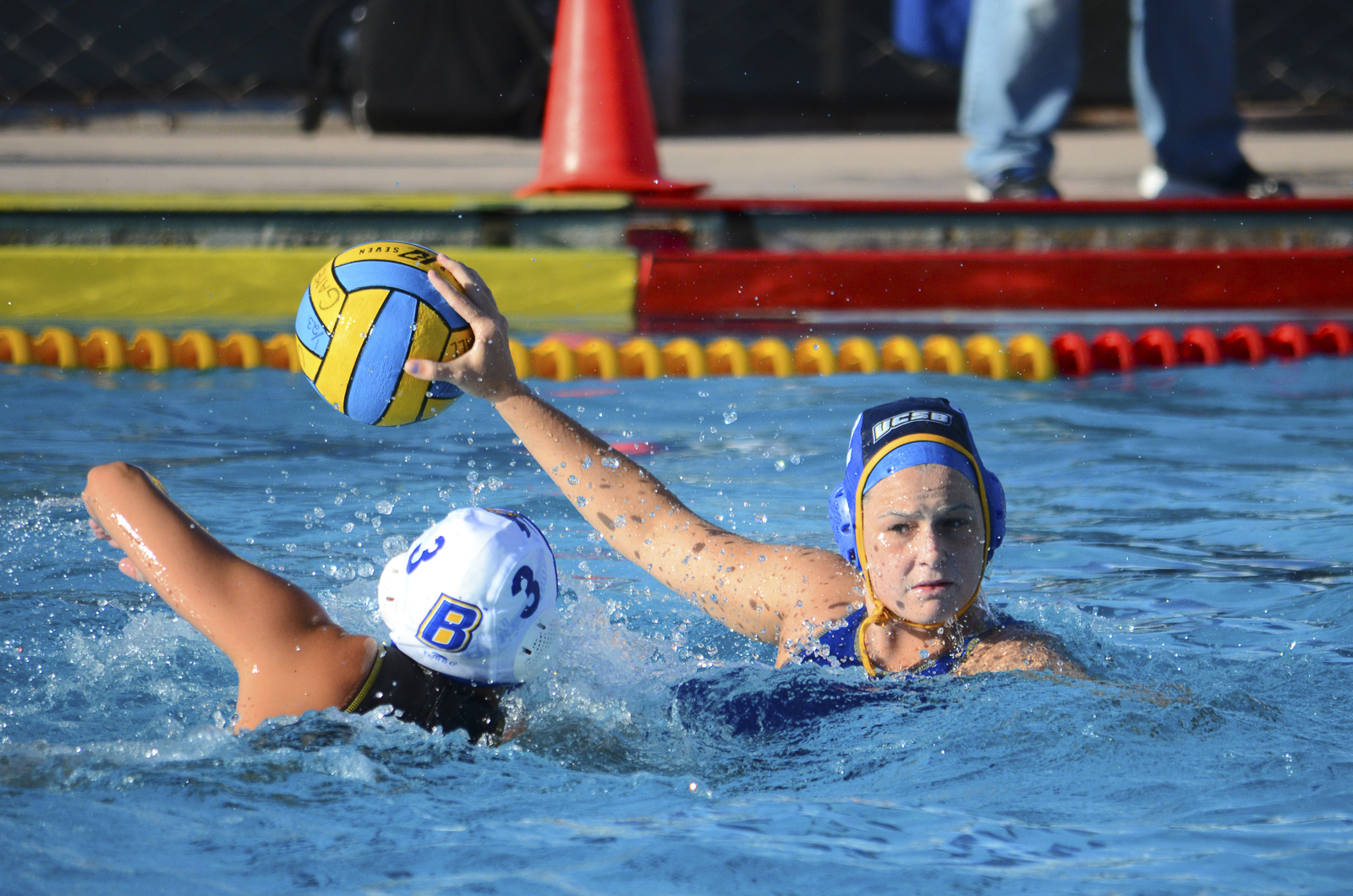 While it was exciting for Head Coach Serela Kay to revisit her former team in Honolulu, the No. 14 UCSB women’s  water polo team is in a difficult position after receiving its second consecutive loss. The Gauchos fell to fifth place in the Big West standings after their 7-3 loss against No. 6 Hawaii on Saturday.

Santa Barbara is now 12-14 overall and 1-2 within conference play after being defeated by the Rainbow Wahine. The victory improves Hawaii’s overall record to 13-7, 2-1 in conference games and gives it a second-place ranking in the Big West.

Hawaii managed to establish its defensive presence early in the first half. The Rainbow Wahine shut out UCSB in the first period and were able to capitalize on the offensive end of the pool.

Despite entering the second period trailing by two goals, Santa Barbara kept pressure on the Rainbow Wahine as it cut down the point deficit. Nearly just two minutes into the second period at 6:22 on the clock, sophomore attacker Brenna Thomas scored the Gauchos’ first goal to cut Hawaii’s lead to 2-1.

After holding Hawaii scoreless for four minutes, it seemed like the Gauchos were destined to shut out the Rainbow Wahine to close out the second period. However, Hawaii’s Barr, with an assist from senior attacker Zoe Respondek, scored a last-minute goal that increased the Rainbow Wahine lead to 3-1 entering halftime.

Hawaii didn’t let up in the second half either as it continued to tally goals against the Gauchos’ defense. A goal by sophomore utility Claire Nixon in the third period ignited Hawaii’s run as it led by a score of 4-1. A little less than two minutes later, Hawaii junior attacker Paula Chillida Esforzado scored a power-play goal to further the team’s lead to 5-1.

As the game continued to gradually slip away from the Gauchos, it was a goal by senior utility Jade Wentz Fitzgerald with 44 seconds left that provided a small spark of confidence. Still, UCSB ended the third period down 5-2 with not much time left.

But it was another power-play goal halfway through the fourth period by Nixon that made the Gauchos’ chances of a possible comeback even slimmer. Esforzado’s goal with 1:06 left in the fourth period sealed Hawaii’s win as it led 7- 2 with just a minute left.

A goal by Fitzgerald with 51 seconds left in the game trimmed Hawaii’s lead to 7-3 but was too late as time expired.

Hawaii attempted a total of 21 shots, seven more than UCSB’s 14 and were able to benefit on the scoreboard.

The Rainbow Wahine were three-for-six on power plays while Santa Barbara was zero-for-six.

UCSB will prepare for its last road game before the Big West Tournament against No. 8 Cal State Northridge Saturday, April 11th at 3 p.m.