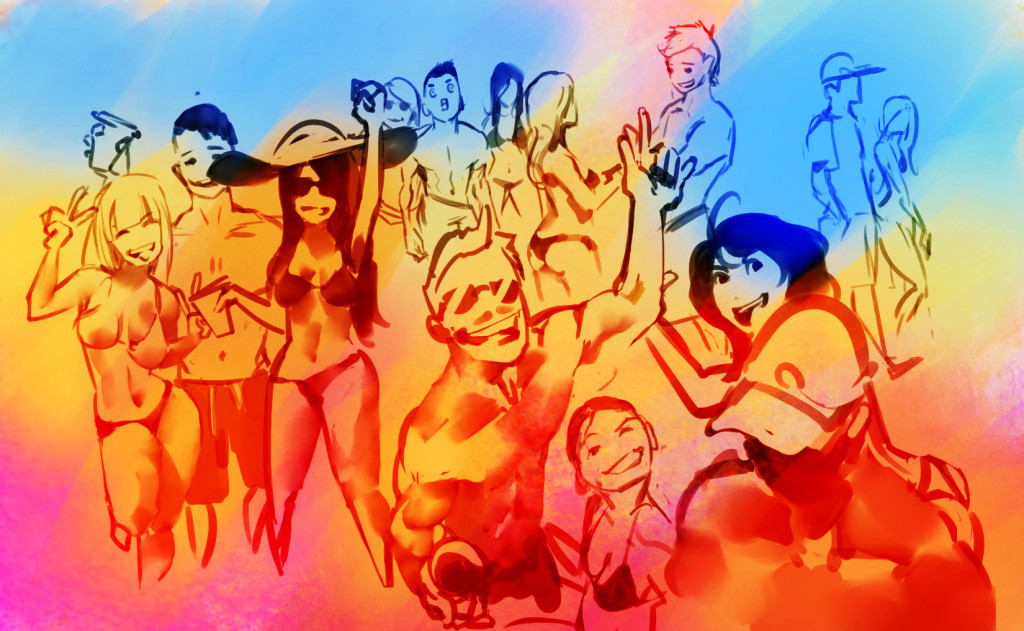 Last year’s Deltopia violence led to riots, tear gas and the use of crowd-control explosives in the streets of I.V., resulting in over 400 arrests and citations. In response to an expected influx of Deltopia attendees, various parking restrictions and barricades throughout the area to limit access to nonresidents have been put in place.

Noise ordinances, although not as strict as last year, will be in effect after 6 p.m. on Friday. According to Chancellor Henry T. Yang, approximately 300 law enforcement officers will be on duty this Saturday and camera surveillance in I.V. will be significantly increased. Local law enforcement and campus organizations also strongly discourage nonresidents from attending and recommend that students follow the residence halls’ strict no-guest policy.

Ali Guthy, Associated Students President and fourth-year psychology and sociology double major, said there will be alternate events intended to reduce crowds in I.V. and provide other options for students who wish to avoid the party scene this weekend.

“Our biggest mission going into this year’s Deltopia is to make it the safest and most fun event for our students,” Guthy said. “Program Board has done an incredible job forming the Warm Up concert which will be an evening concert featuring Purity Ring and other artists. We’re also doing a daytime street fair in the parking lot adjacent to the Thunderdome.”

Guthy said limiting Deltopia to students and I.V. residents plays a huge role in ensuring that the event does not get out of control.

“Our biggest goal is to keep this event local,” Guthy said. “We really want to encourage students to not invite friends, relatives or other people to come into the community because when we have out-of-town people coming in, it can cause a lot of damage to the environment, property and be dangerous for students.”

“These events were absolutely conceived partially in response to the riots last year,” Pineira said. “Just coming from the perspective of a student, I think it became evident to many of us over the past few years that I.V. just lacks the infrastructure to support the stresses created by the influx of so many young adults on Deltopia and Halloween. Our venue offers a safe space where students can be entertained.”

Pineira said he hopes that in the future, these alternative events will branch out to include more daytime activities for students to participate in.

“Our particular focus was the night period, which was when the riots occurred last time,” Pineira said. “It was partially because of this that we wanted to provide an alternative space for students at this time. Because we are only 20 students, not including staff, we do not have the means to hold additional day concerts on our own. Maybe if we expanded in the future we could.”

“The biggest difference will really be an emphasis on providing alternatives to the Deltopia party scene,” Fleming said. “There’s a whole slate of events happening this weekend to give our students something to do as an alternative to Deltopia, which helps to keep things safer.”

“The UCSB police department in collaboration with the sheriff’s department want to make this a safe event this year,” Romero said. “We all know what happened last year and how out of control it got, so this year, we’ve really taken a proactive approach with increases in law enforcement, community outreach and holding alternative events to occupy and entertain our student population during Deltopia.”

According to Romero, discouraging nonresident visitors from attending the event will significantly improve student safety.

“A lot of this depends on community cooperation. We don’t want to be party poopers out there,” Romero said. “The people that go to UCSB earned the right to be out here in a beautiful area and to have some fun. The problem is not the UCSB students or the local community. It’s the outsiders that are invited in that cause problems.”

Isla Vista Foot Patrol (IVFP) Lt. Rob Plastino said there will be an increase in deputy patrol and surveillance of people in attendance.

“There will be around a hundred to two hundred officers on duty depending on the time of day,” Plastino said. “Most of the foot patrollers have cameras, so people should assume that they’re on camera and act accordingly.”

Plastino said there will be an increase in parking restrictions and street barricade in I.V. in order to limit access to the area.

“We’re doing things a little bit differently than last year,” Plastino said. “Unlike last year, we’re going to have barricades set up to keep traffic from coming onto those areas, which will make it a safer environment for pedestrians. There will also be parking restrictions and an increase in police presence.”

According to Plastino, IVFP hopes their efforts will discourage outsiders from “coming in and causing mayhem.”

Barricades will be set up along Trigo Road, Embarcadaro Road, Camino Pescadero and Camino del Sur, according to Plastino.

Compared to last year, Plastino said the noise ordinances are more lenient as long as the music does not draw in crowds and cannot be heard outside of individual residences.

“We’re taking a softer approach to law enforcement,” Plastino said. “Last year, there was no music allowed at all. This year, we’re allowing music from 7 a.m. to 6 p.m. on Saturday as long as it’s played inside residences and not to the masses.”

Mason Harp, first-year undeclared student, said he does not believe the heightened safety measures will be successful in preventing out-of-town visitors from attending.

“The addition of police and security to this year’s Deltopia is unnecessary,” Harp said. “Even though the no-guest policy will be in effect and parking restrictions will be enforced, this will not stop out-of-towners from coming to Deltopia. Out-of-towners will find a place to park outside of I.V. and therefore still remain present during the festival.”

​Second-year feminist studies major Allyn Davidson said the safety restrictions will only benefit students and ensure that Deltopia is a safer event than it was last year.

“I think that the safety of residents both on and off-campus will be greatly improved in comparison to last year,” Davidson said. “I understand how some people may be disappointed that they are unable to share Deltopia weekend with their friends. However, these extra precautions will certainly benefit Isla Vista and make sure it is a safer place this weekend.”

A version of this story appeared on page 1 the Thursday, April 2, 2015 print edition.