The Daily Nexus
Opinion
A Call for Divestment
April 2, 2015 at 9:16 am by Opinion Editor 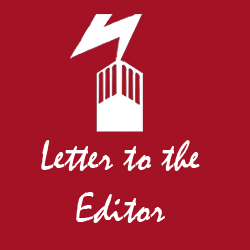 We, as Students for Justice in Palestine, are a diverse collective of UCSB students who strive to form unity, solidarity, and empowerment across differences of race, gender, sexuality, class, culture, and history. Together, we have created a community committed to educating ourselves and raising awareness on campus about the history of Israel/Palestine, and about the transnational corporations that currently aid Israel in their institutional policies of occupation, ethnic cleansing, apartheid, and ethno-racial supremacy towards Palestine. We believe that the Palestinian people, like all people, are entitled to human rights.

In line with this mission, and in recognizing our immense privilege as students on a university campus, we aim to not only educate our fellow peers about the consequences of Israel’s policies of occupation and apartheid, but also answer the ‘Palestinian Civil Society’s’ global call for a Boycott, Divestment, and Sanctions (BDS) movement.

Therefore, we call on the Associated Students (AS) of UC Santa Barbara to pass a resolution directing the University of California to financially divest from the corporations that directly profit from human rights violations in Palestine/Israel. Currently, UCSB has financial holdings in Raytheon, Lockheed Martin, Northrop Grumman, Caterpillar, and Hewlett Packard. These are all corporations that directly participate and profit from Israeli apartheid policies such as: segregated bus lines and roads, continuation of illegal settlement building, excessive and disproportionate deadly force used against Palestinian civilians, checkpoints and roadblocks, unlawful imprisonment, home demolitions, housing discrimination, voting disenfranchisement, economic blockades, and destruction of infrastructure.

Our advocacy for Palestinian self-determination and critique of Israel’s apartheid regime is not one-dimensional, nor is it an anti-semitic attempt to single out Israel. Rather, this resolution solely targets UC financial investments in corporations that enable apartheid and other violations of international law towards the Palestinian people; it is about unethical corporations, not any particular community or individual persons.

Further, we believe our advocacy for Palestinian liberation is interconnected to all injustices based on race, ethnicity, class, gender, sexual orientation, citizenship, and other markers of difference. At the heart of SJP is a passion to engage and develop an approach to coalition building and solidarity activism that is animated by the spirit of decolonial, antiracist, and other global liberationist movements. As a collective, we stand against all forms of systemic, institutional, interpersonal, and internalized forms of oppression and express solidarity with all groups and communities fighting such diverse forms of injustice and violence. Now more than ever, we see how the struggle for self-determination and liberation for the Palestinian people is connected to the struggle for self-determination and liberation for people all over the world: from Ferguson to Ayotzinapa to Palestine, from the indigenous on this land to the indigenous Palestinians. This is not a single issue or single people struggle.

It is vital to remember that students at the University of California have historically been at the forefront of social justice movements: from the Civil Rights Movements to the BDS movement against South African Apartheid, and from the modern LGBTQ liberation movement to the contemporary anti-racist movements, such as Black Lives Matter. In all these social justice movements and more, student power has been an integral part of progress and change. As young people at a top tier research institution, it is our duty to combat racism, patriarchy, homophobia, transphobia, imperialism, colonization, and global inequality. A resolution to ‘Divest From Companies that Profit From Human Rights Violations in Palestine/Israel’ is in no way intended to alienate students on campus; rather, it is intended to create a critical dialogue about state sanctioned violence that violates human rights and international law, ultimately bringing together students across communities over a connected struggle.

SJP at UCSB does not align itself with any particular faction of government in Palestine nor do we take a stance on any particular solution. We advocate for the right of return, self-determination, freedom of movement, justice, voting enfranchisement, and equality for all Palestinians. We stand in solidarity with all communities living under occupation inside and outside the United States. Furthermore, as student activists who stand against all forms of institutionalized oppressions, we denounce all forms of anti-semitism and islamophobia and we insist that this call for divestment should not be conflated with these forms of hate. Instead this call for divestment should be understood as a call for the University of California and the UC regents to take financial holdings out of corporations that perpetuate violations against humanity.

We urge our campus community and our AS to discuss, engage, understand this issue and choose to finally be on the right side of history. It is time to resist, time to educate, and time to divest!

What about equality for Jews?

Too many contradictions in SJP’s divestment resolution: “SJP at UCSB does not align itself with any particular faction of government in Palestine nor do we take a stance on any particular solution. We advocate for the right of return, self-determination, freedom of movement, justice, voting enfranchisement, and equality for all Palestinians.” RoR is a core argument of the Palestinian position and remains a fundamental demand by the Palestinian government, both in the West Bank and Gaza. So saying you aren’t aligned with the government of Palestine but then parading their official views is quite dubious. RoR is one of the… Read more »

“When people criticize Zionists, they mean Jews. You are talking anti-Semitism.”

On page 369 (554 in the Arabic) of the earliest Muslim biography of Muhammad, Muhammad says “kill any Jew who falls into your power”: It’s a “charming” story of two brothers, Muhayyissa and Huwayyisa: (To avoid confusing the two brothers, keep in mind that the brother whose name begins with M is the Murderer in the story.) “The apostle [Muhammad] said, ‘Kill any Jew that falls into your power.’ Thereupon Muhayyisa bin Masud leapt upon Ibn Sunayna, a Jewish merchant with whom they had social and business relations, and killed him. Huwayyisa was not a Muslim at the time though… Read more »

Israel’s problem is that it is surrounded by an expansionist, totalitarian, theocratic political movement that is 1400 years old and for which compromise is impossible except for short term tactical purposes. Part of the core theology of that movement says that once a piece of the earth has been dominated by Islam, it must always be dominated by Islam. The Jews offend against that, and because of that offense, and the profound Jew-hatred in the Qur’an, a continual jihad is waged using all kinds of means with the purpose of wiping Israel from the face of the earth. That’s the… Read more »

You left out the part where Israel removed all settlements from Gaza in exchange for peace, but let’s not worry ourselves with minor details, for we all know this is not about seeking truth and justice so much as it is about besmirching Israel. But the noble Hamas-led Palestinians – as is typical of their good neighbor policy- tore up that treaty with Israel, and no sooner had the Israeli settlers left than the Palestinians started lobbing rocket, after rocket, after rocket into Israel. But this is a mere detail, and as noble college students and editorialists we should not… Read more »

While millions of people worldwide are suffering real and extreme persecution at the hands of Islamists, it is Israel, the Middle East’s only democracy — where no one is above the law, where citizens all have equal rights and no one is murdered for expressing his political views — that is targeted and bullied by these so-called “human rights activists” and academics.

Deaf and blind to the real sufferers all around the world, these Jew-haters seem in reality just brainwashed, misinformed neo-anti-Semites.

One sure way to know you’re having an effect is by how agitated your opposition become.

Based on the responses to this editorial, I would say that the BDS movement is doing just fine.

I’m sure the Illinois Nazis felt the same way when they saw the screaming mobs who came out to meet them when they marched through Skokie.

Cute. Calling out Jews for being dicks isn’t the same thing as trying to exterminate Jews.

Ah, so you admit this *is* about Jews, and not “Israel’s policies.” And by the way, BDS is completely about the extermination of Jews. They just are smart enough not to be explicit about their intentions most of the time.

Do I admit that what Jews do in Israel is about Jews? Yes. I think that’s obvious.

Great, so please correct the authors of this piece when they say it’s not about anti-Semitism. As for evidence, almost every major BDS leader or player has admitted that the goal of BDS is to wipe Israel off the map: “I think the end-all of BDS is to weaken Israel, to isolate Israel, and give the global community a role in the liberation of Palestine and support the resistance on the ground in Palestine.” -Lara Kiswani, executive director of the Arab Resource and Organizing Center, BDS activist “[The two state solution] was a charade to begin with, and has played… Read more »

I see 5 quotes about weakening or getting rid of Israel as a state and 0 about the extermination of Jews. Try again.

Criticism is not antisemitism. You don’t get to be assholes and then cry persecution when you get called out for it just because something horrible happened to Jews 70 years ago.

Please don’t play stupid. Everyone knows that if the Arabs are ever able to conquer Israel an extermination will immediately follow. They admitted it decades ago:

“In demanding the return of the Palestinian refugees the Arabs mean their return as masters, not slaves, or to put it more clearly – the intention is the extermination of Israel.”
– Salah al-Din, Egyptian Foreign Minister
(Al-Misri, Egypt, October 11, 1949)

And once again, we see the “critic” of Israel’s ‘policies’ is the first one to play the Holocaust Card. Way to go.

70 year old quote. Not BDS. Try again. Something that’s obvious to you is not necessarily obvious to people who aren’t as delusional as you.

Stay in the denial then, the rest of us can very easily add two and two and come up with four.

I think what you meant was 2+2 = a conspiracy to exterminate all Jews.

Oh and I’d love to see your evidence about BDS.