The Daily Nexus
Sports
Softball Edges San Diego in Doubleheader
April 1, 2015 at 5:03 am by Martin Cobos 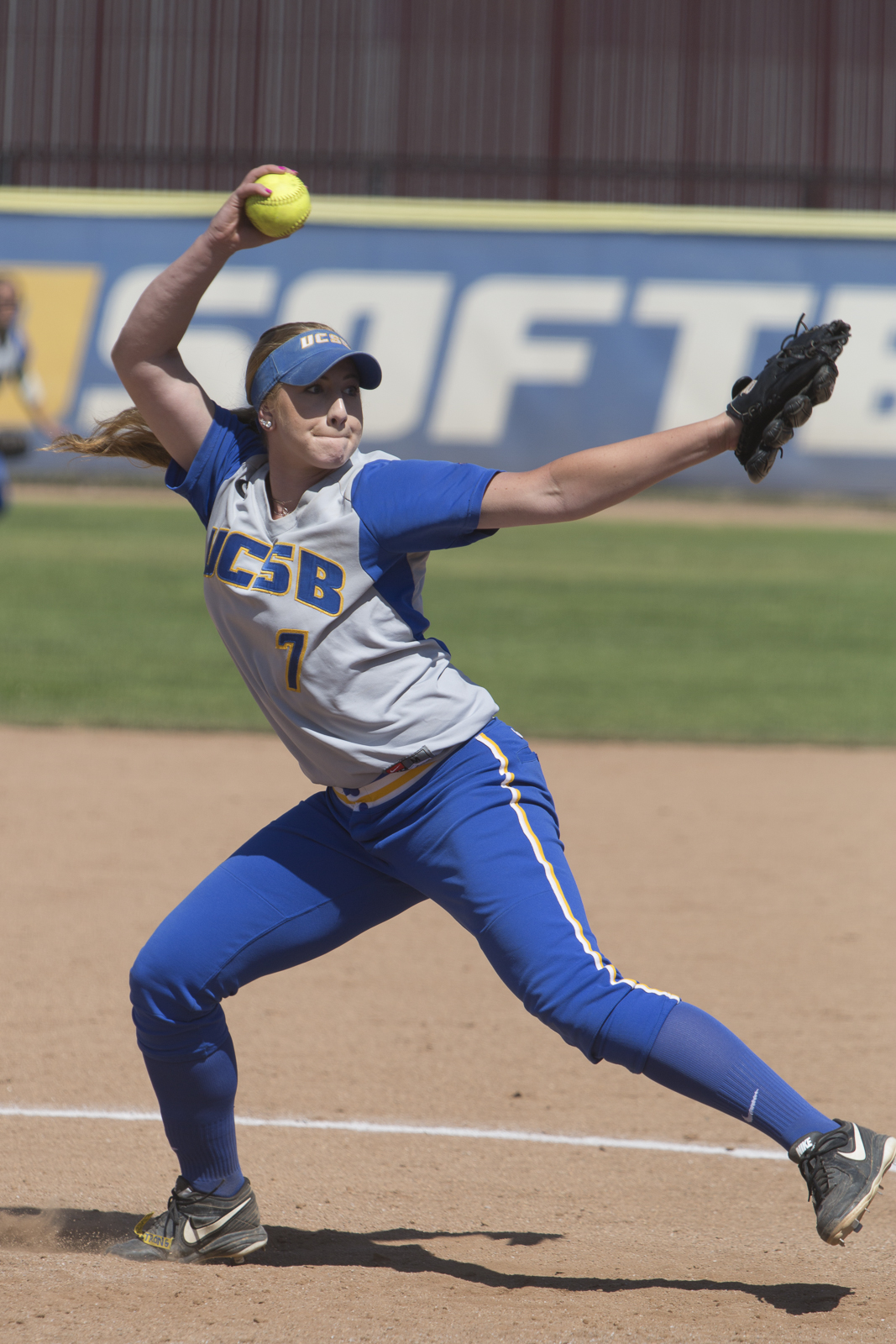 With the victories, UCSB improves its overall record to 14-22 while its conference record remains at 1-2. San Diego saw their six game win streak come to an end, falling to 21-16 overall following the day’s defeats.

The Gauchos seemed to have a flare for the dramatic on Tuesday with back-to-back walk-off victories. The final game of the doubleheader went an incredible 10 innings before UCSB could claim victory.

San Diego jumped out to an early lead and seemed to hold all the advantages though the fist five innings. Junior catcher Mary Grabowski kicked off the scoring in the top of the first for San Diego, hitting an RBI single through the right side of the infield.

In the top of the second, sophomore first base Caitlin Rooney was hit by a pitch with the bases loaded to drive in the second run of the game. Finally sophomore outfielder Olivia Sandusky would hit a deep solo home run to left to give San Diego a 3-0 lead entering the sixth.

Hope seemed to be waning for UCSB in the bottom of the sixth, but with one on and two outs senior utility player Shelby Wisdom stepped up to the plate. Wisdom launched a two-run home run into center and ignited a Gaucho rally. This was Wisdom’s sixth home run of the season.

The next batter for the Gauchos was junior catcher MeShalon Moore who followed Wisdom’s lead and hit a home run to deep left. This spark of offense tied the game at 3-3.

It would take 4 more innings, but finally with a runner at second base, sophomore infielder Emily Brucelas hit a sacrifice fly to score freshman outfielder Jessica Johnston giving UCSB the 4-3 victory.

Junior Ashley Ludlow was awarded the win following a brilliant 6.1 scoreless innings pitched. Ludlow only allowed two hits and stuck out two during her stint on the mound. Sophomore Megan Sabbatini was handed the loss after pithing 9.2 innings.

Tuesday’s first game was just as spectacular as the later game. Grabowski once again kicked off the scoring for San Diego, this time launching a three-run home run in the top of the first. However, the Gauchos roared back and scored four runs in the bottom of the first to take the 4-3 lead.

The score would remain this way until both teams traded runs in the fourth. San Diego’s junior infielder Danielle Mavridis hit a sacrifice fly to score one, followed by UCSB sophomore outfielder Kristen Clark scoring in the bottom of the fourth off a missed fly ball.

A scary moment for the Gauchos came in the top of the fifth with no outs and the bases loaded, however, excellent defense and pitching helped UCSB get out of the jam. In the top of the seventh, San Diego would tie things up as junior utility player Tantum Schultz hit an RBI single.

UCSB would remain composed however, and with two outs in the bottom of the seventh, sophomore outfielder Stacy Cavazos hit an RBI single up the middle. Johnston would come around from second base to score securing victory.

The win went to Ludlow, allowing just one run in her three innings pitched. The loss was handed down to freshman Paige Von-Sprecken after giving up six earned runs in 6.2 innings pitched.

The Gauchos will be in action this Friday at 2 p.m. as they head to Cal Poly for conference play.