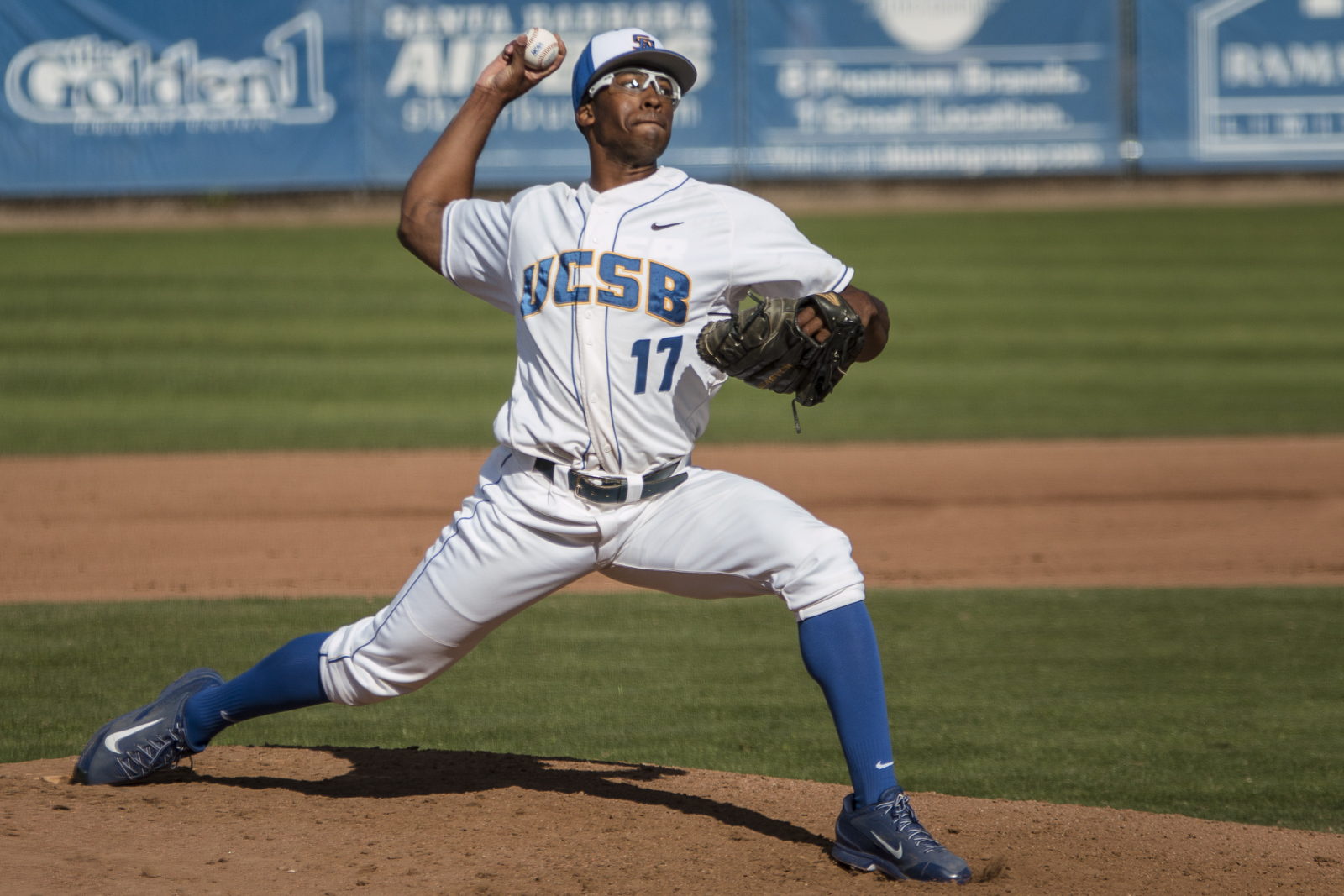 Adding another winning series to its record this weekend, the UCSB baseball team won two of three games against Long Beach State this weekend at home in its first conference series of the season.

The team bounced back from a lost in the first game against the Dirtbags on Friday to rebound with a 3–1 and 4–2 win on Saturday and Sunday, respectively. The Gauchos now stand with 2–1 in the Big West and a 19–7 overall record, claiming the third spot in Big West.

“We fought really hard,” senior second baseman Peter Maris said. “It took us eight innings to get there, but we got to them. This was a big conference win for us, and we have to take it into next weekend.”

The Gauchos trailed the Dirtbags for eight innings during Sunday’s game after a one-run first inning from Long Beach. What seemed like a battle of defenses was broken open in the bottom of the eighth when freshman infielder Clay Fisher singled, then reached second off of an errant throw by Long Beach State’s freshman righty Chris Mathewson.

Redshirt sophomore outfielder Andrew Calica advanced Fisher to third with a sacrifice bunt. Maris drove in Fisher as the tying run from a long double to center field.

“I felt confident (during the eighth); I felt like I was going to do something for the team and it just happened,” Maris said.

This weekend’s close series came as an offensive halt as the Gauchos scored just seven runs against Long Beach compared to the teams’ past three-game streak of over 10 runs scored per game.

“We’ve got to continue to work offensively,” Head Coach Andrew Checketts said. “We have to be more dynamic offensively and be able to adjust earlier in the game, and be able to handle pitchers who can throw off-speed pitches for strikes.”

Defensively for the Gauchos on Sunday, sophomore righty Shane Bieber started on the mound and allowed only one run and eight hits through 7.2 innings pitched.

“I was frustrated with myself in the first inning because I made a lot of mistakes, but I was lucky to get out of there with one run,” Bieber said. “I just tried to keep my team in the ball game.”

The team behind Bieber remained errorless for the second game in a row. Junior lefty Domenic Mazza was worked in for the win, coming in as a reliever for Bieber. For a change of pace, Nesovic entered the game in the ninth for a one-inning save.

“I have the most confidence in those guys, as I have had in a defense in a long time, I have the ability to see the glove, throw to it, and they always make the plays,” Bieber said.

Other starters this weekend were junior righty Dillon Tate on Friday and junior lefty Justin Jacome on Saturday. Both Tate and Jacome pitched a full nine innings.

“[The pitching staff] had an excellent weekend,” Checketts said. “We had two excellent starts and one quality start. We’re feeling really good about our starting pitchers.”

The Gauchos next series will be a four-game series starting Wednesday at 3 p.m. at home against Fresno State.