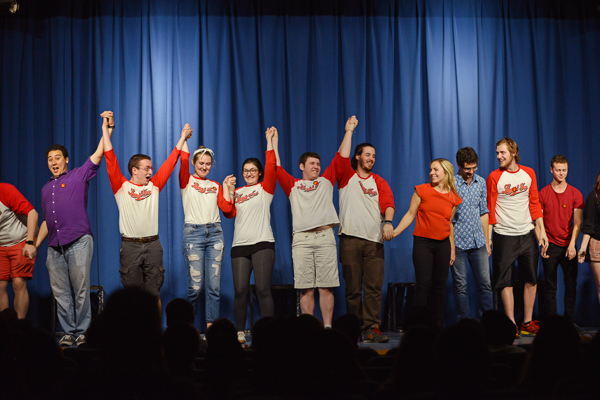 Every Friday night, Improvability, UCSB’s premier comedy troupe, performs their show at 8 p.m. in Embarcadero Hall. Every week, they choose an entertaining theme to revolve their show around, ranging from “Harry Potter” to “House of Cards” to Friday Night Live. Their last show of the quarter, March 6, featured an especially entertaining theme — a night of laughter with Boston University’s improv group, Liquid Fun.

Though March 6 was technically supposed to be the second to last show of the quarter, Improvability had to cancel their last show, “The Naughty and Nice Show.” Before you get too bummed out about the cancelled show, the reason for the cancellation is because the team is traveling to Chicago to compete in the national College Improv Tournament.

BU’s team, Liquid Fun, wore matching red and white raglan tees and radiated with enthusiasm. Though both teams were equally talented and hilarious, it was hard not to compare strengths of the two groups. It was apparent that while Improvability’s humor is more witty and subdued, Liquid Fun was more theatrical and dramatic. With the two teams of diverse comedy sharing the stage, it was a night of unusual and unexpected humor.

The show organization had both teams doing scenes together and separately. The respect that each team had for each other was admirable, making this collaboration focused more heavily on having fun and cheering each other on than competing with one another.

In the beginning of the show, it felt as if the two teams’ interactions did not go very smoothly. At times, Improvability’s sparkle seemed to be overpowered by the Liquid Fun’s overly exuberant and sometimes rambunctious behavior.

Later on, the groups became more balanced and meshed better together. In addition, each team showcased their comedic strengths by performing 20-minute long-form skits.

The collaboration between Santa Barbara and Boston was an overall melting pot of West Coast and East Coast humor. The show proved that not only is Improvability a versatile comedy troupe, but they also serve as a welcoming host for different improv groups from all over the country. It is no wonder they won the Regional competition. The Daily Nexus wishes them the best of luck at Nationals. 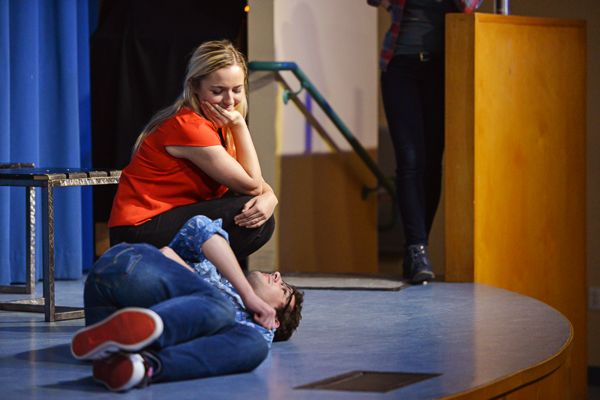 These people came to UCSD to perform with our improv group as well!!! They were so funny!