The Daily Nexus
Fine Arts
Shirley Jo Finney and UCSB students bring In the Red and Brown Water to Life
March 7, 2015 at 4:43 pm by Sammy Gerraty 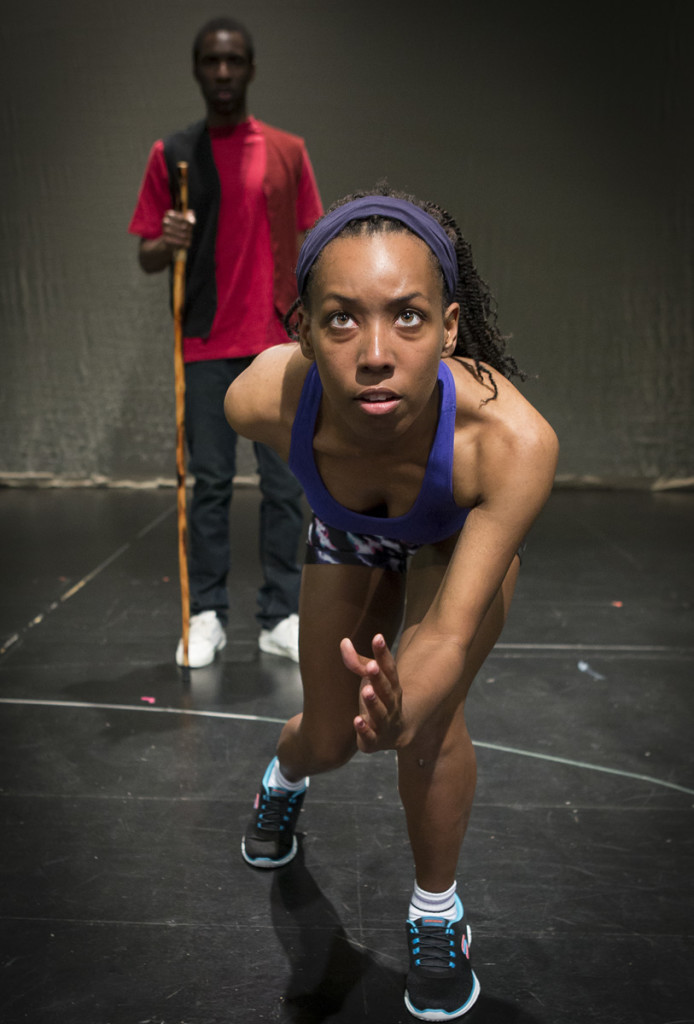 “In the Red and Brown Water,” directed by Shirley Jo Finney, opened this past weekend in the Hatlen Theater. The play is chronologically the first of Tarell Alvin McCraney’s ”Brother/Sister Plays,” though it follows no real linear timeline. The other two plays of the trilogy are “The Brothers Size” and “Marcus; or the Secret of Sweet.”

“In the Red and Brown Water” tells the tale of a young girl named Oya who is forced to make two hard decisions. One is between family and career, the other is between the man who cares for her and the man who excites her. What she wants and what she needs don’t necessarily coincide, and Oya’s story is dark and painful. With no guidance to help her, she struggles to find a clear path to the right decisions.

The characters of the play had an interesting connection with the audience because they spoke aloud all of their actions and stage cues in third person. For example, Joré Aaron-Boughton, who performed as Oya, would tell the audience, “Oya smiled sadly” before proceeding to smile sadly.

As the characters entered or left a scene, they announced their arrival or departure. The announcements placed emphasis on specific actions and cues, which made the audience aware of the script’s aspects. Though the informative script appeared to coddle the audience, it was effective in focusing attention. No one missed out on little movements, nor was there any confusion as to which character was entering the scene. This was particularly helpful for fourth-year BFA Acting major Dillon Francis, who played multiple characters, indicated by a change of jacket and headwear.

“In the Red and Brown Water,” along with the other two plays of the trilogy, has close ties with the Yoruba religion, a religion practiced in modern-day Nigeria. Consequently, characters of the play represented Yoruba deities.

Oya was associated with the Orisha (defined as an emissary of God) of winds and tempests and was a warrior protectress of women. The character Elegba and the Yoruba deity Elegua, also known as Eshu, were also incredibly similar in their childlike love of candy and toys.

Rigo Sanchez, a third-year in the BFA Acting program, was cast as Shango. Like Oya and Elegba, Shango also has his roots in a Yoruba deity. A ladies’ man both in the religion and in the play, Sanchez took on a suave and overconfident demeanor as his character seduced whomever he chose.

For Sanchez, a big takeaway from his experience with the show was this opportunity to immerse himself in the Yoruba religion.

“In this religion there is no hell. There is only choice. In the play, Oya is given choices,” Sanchez said. “The choice [is] to stay with her ill mother or to follow her dream. The choices she takes in the play have drastic consequences, and through them she continually finds herself.”

Oya’s journey made the play particularly important to Sanchez.

“I believe we are all on a journey: making choices, experiencing the consequences and finding ourselves,” he said.

A great part of Sanchez’s — and the entire casts’ — journey through the play was the opportunity to work with actress/director Finney. The award-winning actress has received accolades for her roles in “Uncle Tom’s Cabin” and “Wilma.” Finney previously directed “In the Red and Brown Water” with the Fountain Theatre before working with UCSB acting students.

“[What’s] really exciting about doing this play here at Santa Barbara, at a university, is [that the show] is age-appropriate,” Finney said. Nonetheless, the play’s material presents a challenge. Finney explained that it can be very difficult for the actors to remain in character as they break the fourth wall to speak their cues.

“The most challenging thing for the actors is that usually, when you go to the theatre, you have that fourth wall … [you] experience it viscerally. When you have an actor all of a sudden step outside the story and begin talking to you, sometimes that’s off-putting,” Finney said.

Echoing Sanchez’s ideas of the play as a journey, Finney described the play as transformative and self-empowering. Journeying with Oya down her tragic and frustrating path was a cathartic experience for the audience, who were so moved by her story that many stood to give the cast a standing ovation at the end of the show. 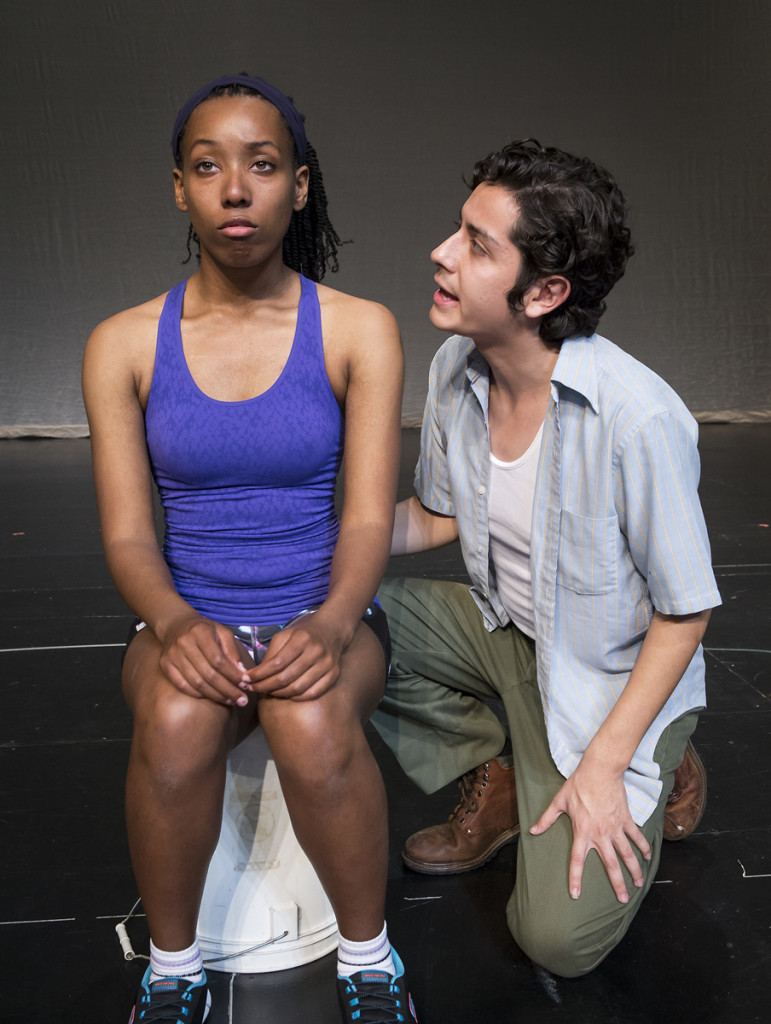 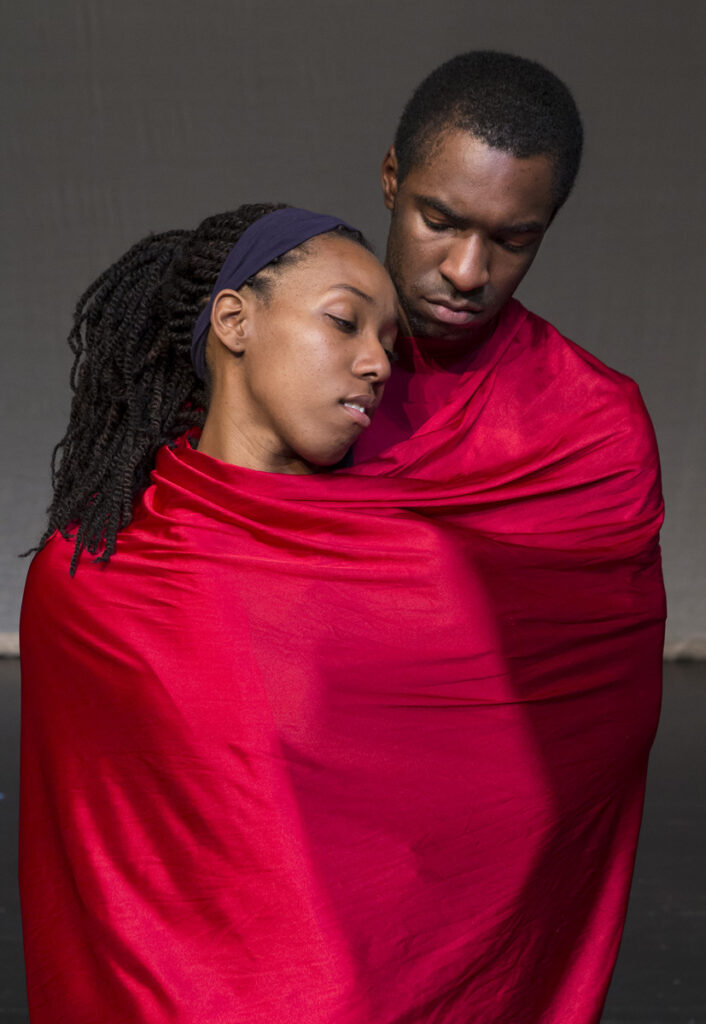