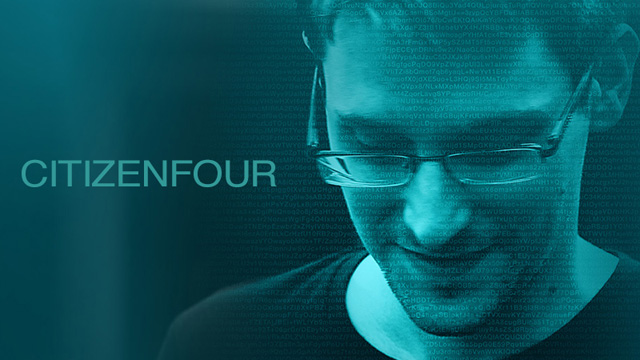 The documentary was shown to a sold-out theater and followed the first interactions between NSA analyst-at-the-time Snowden, filmmaker Laura Poitras, who directed the film and then-journalist for the Guardian, Glenn Greenwald. Poitras had been working on a film that tackled the issue of surveillance when Snowden had first contacted her, using the codename Citizenfour. The film examined the United States government’s role in spying on its own citizens and the dangers of such surveillance. After the screening, Parks and Holt began a group discussion about the film and the audience’s opinions on the issue.

According to Parks, Poitras learned encryption after making the post-9/11 films “My Country, My Country” and “The Oath,” receiving scrutiny and interrogation from the federal government and having equipment confiscated after their releases. Parks said Snowden contacted Poitras because of her familiarity with encrypted communication that would allow them to communicate without surveillance.

“The whole [film] is a documentary born in encrypted form. It might be one of the first films born in [this form],” Parks said. “We wouldn’t really even see any of this if it weren’t for encryption. The only reason Snowden opens to Poitras is because he knew she knew encryption techniques.”

Parks said she and Holt were “struck” by the revelations made clear by the film that she believes had previously been unseen and unheard.

“The hotel room sequence of the film was the material that had not been released before ‘Citizenfour’ hit theaters,” Parks said. “It was this important audio-visual record that shows these conversations that took place between the journalists and the whistleblower.”

Parks said the film highlighted various issues beside privacy concerns including the right to freedom of expression and confidential intergovernmental relationships.

“We could also extend the discussion … [to] the freedom of speech,” Parks said. “Once you invade people’s privacy, the act of freedom of expression changes. There’s also the issue of the NSA’s actions changing [the] United States’ relationship to other countries around the world, and has fundamentally changed its foreign policy.”

During the discussion, students raised concerns about the government’s ability to spy on U.S. citizens and Holt said the surveillance apparatus used by the U.S government was expanded with the establishment of the secret Foreign Intelligence Surveillance Court (FISA) in 1978, which oversees requests by the NSA.

“The FISA  court’s powers, which only hears one side which is the government’s side, which never releases any of its proceedings, and never denies any requests for surveillance, [have been] enhanced by an amendment to the original 1978 establishment to approve blanket surveillance,” Holt said. “There’s many dimensions of surveillance infrastructure that we have to think about moving forward.”

One community member who had lived through the Vietnam era called on youth in the audience to question their government with online and public protests.

According to Parks, students and Americans must keep open minds as national politics and the world continue to change. Parks said she recognizes the value of looking to history for insight on how to enact change in the modern age. Parks also said individuals need to be open to political and governmental change as well as remember that the American public can be a force to drive that change.

“I do think a lot of my students may not be out in the streets, but they are definitely formulating political sensibilities and trying to navigate through vast amounts of information — all kinds of different information, gushes of information from the Internet and social media, to figure out how to take a political stand in the world today,” Parks said.

According to Holt, confronting important issues such as the right to privacy and freedom of speech starts with education.

“Commit yourself to reading and learning everything you can so you can be an engaged citizen and take action. It can only go from there,” Holt said. “But it can only start from a place of education and awareness.”