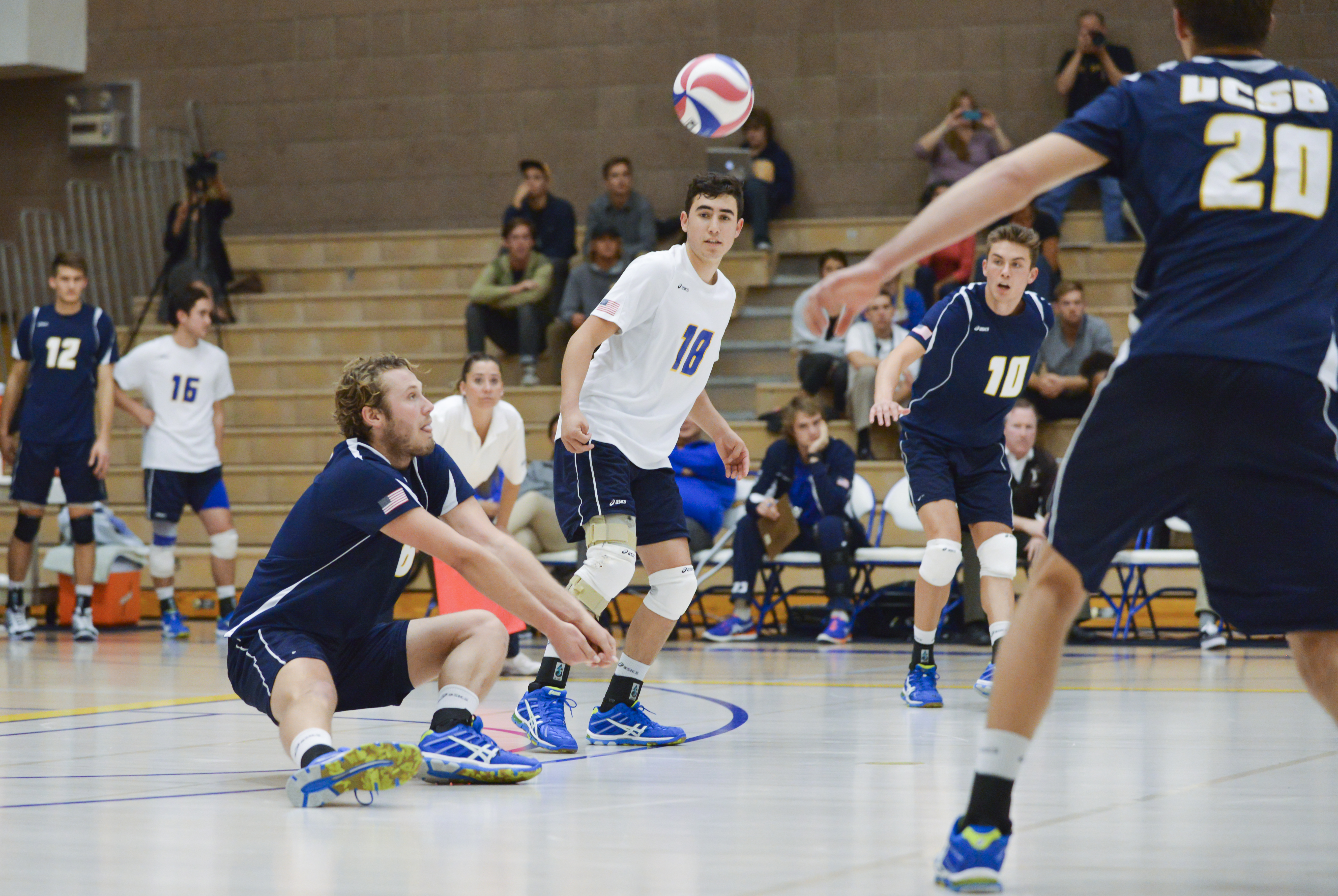 The Gauchos hitters must have had nightmares last night thinking about Long Beach’s blocking game. Not one Santa Barbara hitter could figure out how to get his attacks past Long Beach’s front row and it led to the Gauchos’ ultimate demise in the 23-25, 25-19, 25-23, 25-21 loss, one of their worst of the season.

“It’s a setback and the guys are going to have to find a way to bounce back,” Assistant Coach Cullen Irons said. “There’s never an easy night in the MPSF and this goes to show, you can’t take any nights off.”

The No. 8 UCSB team came into the match one loss off of a five-match win streak. This was supposed to be the start of a new streak and the road to MPSF playoffs. The 49ers however, had different plans in a statistically sluggish game where neither team hit over .200 nor served well in the match. It was defensively at the net where No. 10 Long Beach made its impact with 20 blocks in the match, 15 of which came from junior middle blocker Taylor Gregory.

After a victorious first set gifted to them by the 49ers, the Gauchos fell apart in the second set, hitting -.156 and losing 25-19. With Long Beach up 19-16 the ball went over the net multiple times before redshirt sophomore outside hitter Jacob Delson saved a missed connection on a “bic” set to redshirt senior opposite Weston Nielson, by diving to the floor and hitting the ball over the net with one hand. Then redshirt senior outside hitter Kevin Donohue got a dig with his chest and it looked like the Gauchos were going to take the point and push towards a comeback victory in the set, but after the ball went over the net two more times Donohue hit a “d” ball long to give the 49ers at 20-16 lead. This point sucked all of the energy out of the Gauchos and from then on it was Long Beach’s match to win.

“When we don’t pass well it’s pretty obvious where we are gonna run the set,” Delson said. “They’re getting a triple block on us and we are trying to put it away and they’ve got some good blockers so it’s tough hitting against them when the pass isn’t there. We have to pass better.”

Long Beach put up a huge block the entire night and it was most evident in the third set as the 49ers had six blocks. With the Gauchos up 22-21, Donohue had a terrible run of three straight errors, two on blocks by the 49ers and one on an attack that he hit long.

Long Beach had its lead it wouldn’t give it up as the 49ers took the set 25-23 on a missed serve by redshirt junior middle blocker Ryan Hardy.

From the beginning of the fourth set it didn’t look like the Gauchos would be able to send the match to five. Long Beach played a much more consistent game and it allowed the Gauchos to make mistakes and take themselves out of the match. UCSB went down 25-21 on a sorrowful ending to a match as Nielson served the ball into the net to send the fans home grumbling.

The Gauchos will need to try to put this match behind them quickly as tomorrow night they play against No. 14 CSUN, a team that defeated Santa Barbara in its home gym on Feb. 4.

“We didn’t do anything well, that’s the honest truth,” Delson said. “We gotta come out a lot better against CSUN. We got to pass better, hit better, set better, serve better. Nothing was really working for us tonight.”
UCSB hosts CSUN tomorrow at 7 p.m. at Rob Gym.

A version of this article appeared on page 12 of March 5, 2015’s print edition of the Daily Nexus.