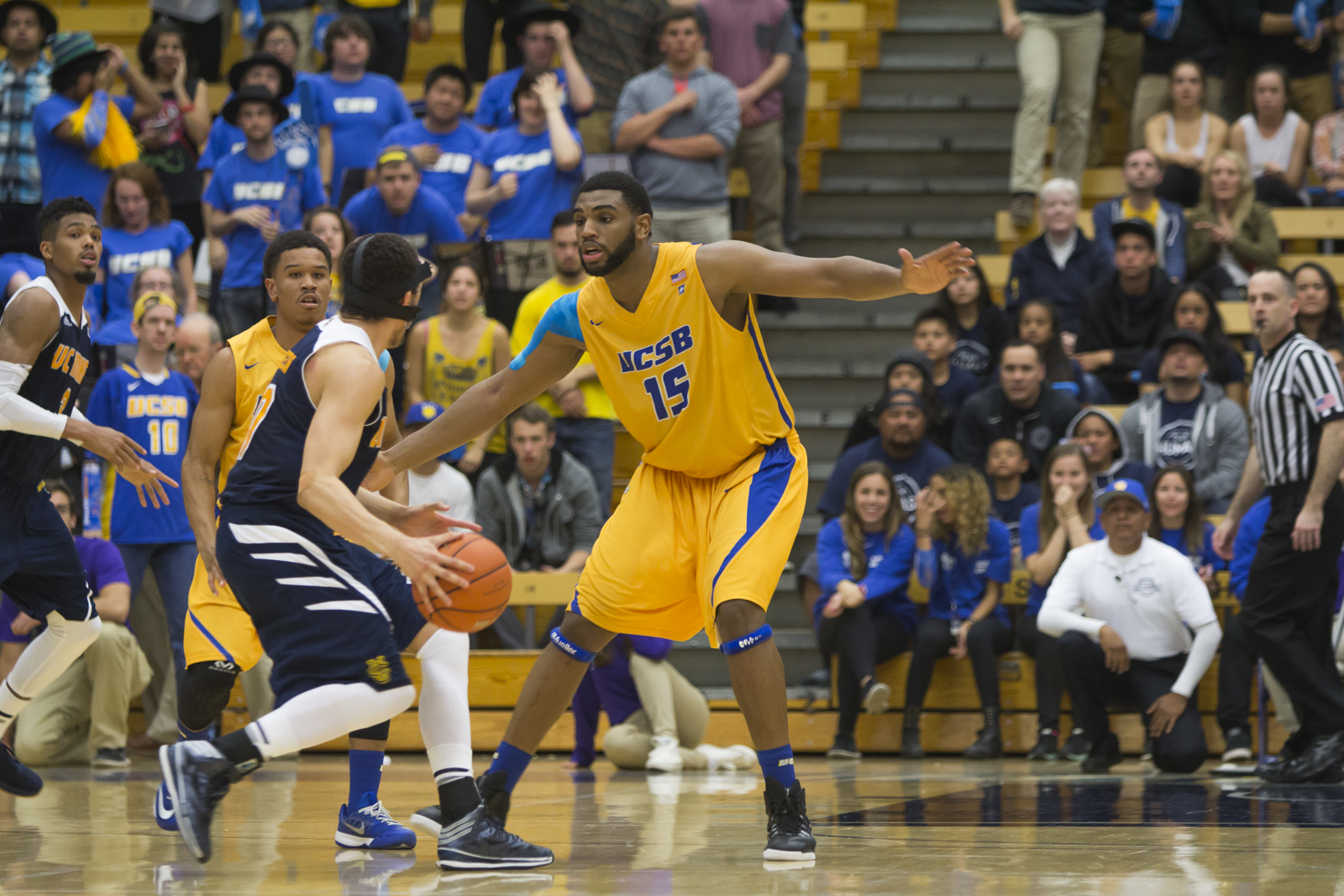 Not many rivalry games on the West Coast match up to the intensity of UCSB versus Cal Poly. This Saturday at the Thunderdome, the UCSB men’s basketball team plays its final game of the regular season against the Mustangs in a game that could shake up the Big West conference standings.

Santa Barbara, fresh off a 98-90 win last night at Hawaii, stands at 10-5 in league and 17-12 overall. The team is clicking at the right time. With the Big West Tournament held next week, the Gauchos are on a four-game winning streak, their longest of the season.

For UCSB and Cal Poly, the game is where the teams’ season comes full circle. Back in January, Cal Poly hosted the Gauchos for each team’s respective Big West opener. It was a contest Cal Poly would like to have back. Down by 10 points with seven minutes left in the second half, the Gauchos went on a 20-5 run to close out the game, escaping with a 50-45 win.

The same style of play seen in the previous encounter should also be on display Saturday considering Cal Poly is a team that forces opponents to slow down the tempo and play grind-it-out basketball. This season, the Mustangs have held the opposition to a season-low 59.4 points per game.

It has also been nearly a year since Cal Poly upset the Gauchos in last season’s conference tournament as a No. 7 seed en route to its Cinderella appearance in the NCAA Tournament. For UCSB, it is another chance to exorcise those demons.

In yesterday’s contest against the Rainbow Warriors, Santa Barbara scored a season-high 98 points. Five different players scored in double-figures for the team with freshman guard Gabe Vincent leading the pack with a career-high 25 points on 8-13 shooting from the field. In total, 10 different players on the team scored and UCSB finished with a 56.4 field goal percentage.

Senior center Alan “Big Al” Williams recorded his fourth double-double in five games since coming back from an injured shoulder. Big Al will once again be leaned on against Cal Poly to secure the paint and hunt down rebounds for the Gauchos.

Cal Poly’s offense does not focus on one single player like how Santa Barbara’s scoring centers around Big Al. The Mustangs’ leading scorer is junior guard/forward David Nwaba, who averages 11.9 points this season. Although his point total ranks only 14th in the league, he presents matchup problems because of his speed and athleticism.

Both Big Al and senior guard Zalmico Harmon will be honored prior to the match for their last home game at the Thunderdome.

Tip-off for Saturday’s game is set for 3 p.m. and will be televised on Fox Sports Prime Ticket.

A version of this article appeared on pages 1  of March 5, 2015’s print edition of the Daily Nexus.