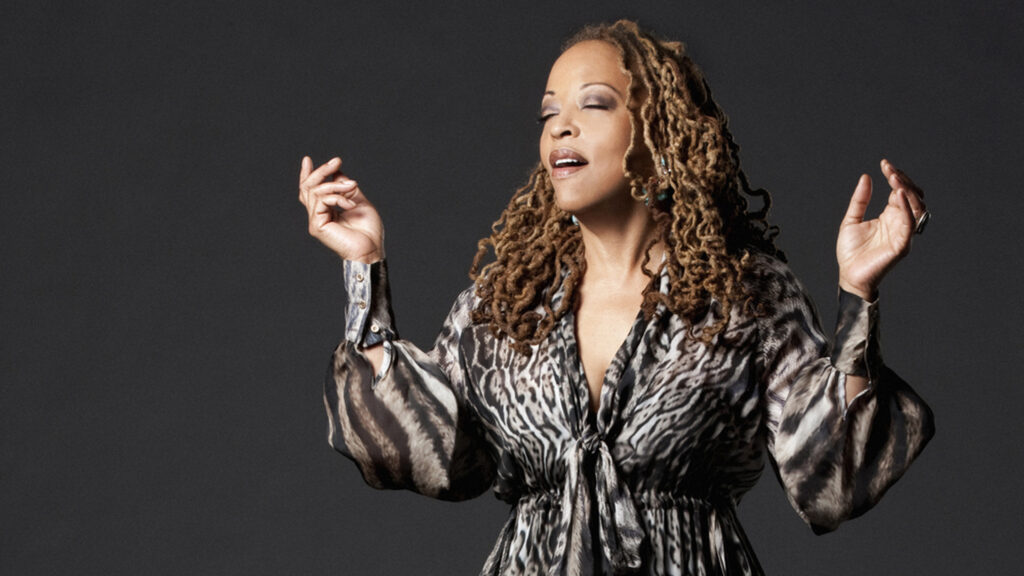 On Sunday, Feb. 22, Campbell Hall celebrated the music of Billie Holiday with the vocals of jazz singer Cassandra Wilson. The auditorium was filled with jazz enthusiasts of all ages, eager to hear the sultry sounds of the Grammy-winning musician. After an encouraging round of applause from the audience, the sweet sounds of a saxophone introduced the singer and brought the audience to their feet. In a tribute to the works of the late Billie Holiday, Wilson gave an astounding performance that was even bigger than her hair.

Wilson couldn’t have appeared more at ease onstage in her sensible shoes and a gold-sequined top to match her golden hair. Her look was simple and elegant and her energy was captivating. She began the Billie Holiday tribute with “The Way You Look Tonight.” Her voice was sweet and sentimental, with a husky edge resembling the great Anita Baker. The crowd swayed in harmony to the romantic tune as she sang the lyrics, “Just thinking of you and the way you look tonight.”

The singer informed the audience that this night was in celebration of the late Billie Holiday’s 100th birthday. Wilson’s show, titled “Coming Forth By Day: A Celebration of Billie Holiday,” showcased music mainly from the legend’s final album of her career.

During “Don’t Explain,” a war for attention — common in jazz — between Wilson’s voice and the sound of the saxophone erupted. Wilson then introduced her band, who played on the bass, guitar, piano, violin, drums and of course, the saxophone. The unique sound of the electric guitar was a bold choice for a jazz band and it gave an edgier tone to certain songs. Throughout the performance, the band was just as precise and smooth as Wilson herself. Even their warm-ups sounded like hit songs.

After some slow, romantic tunes, the band went on to play more upbeat music like Holiday’s “What a Little Moonlight Can Do” and “Crazy He Calls Me.” Wilson’s enthusiasm radiated throughout the auditorium as she danced barefoot onstage and did some scatting.  Her witty banter filled the room with smiles and laughter as she called out the absurdity of the guitarist wearing sunglasses on a dark stage.

The night concluded with an original song by Wilson, the only one of the night. “Last Song (for Lester)” was a number Wilson from the perspective of Billie Holiday to sing at the funeral of friend and fellow musician Lester Young, who died in 1959. The jazz singer delivered an authentic and sentimental performance of the song, much like she did throughout the entire show. The audience stood on their feet and cheered for an encore, which the band obliged and performed one final song, “I Love My Man.”

Cassandra Wilson and her band gave an outstanding performance that combined styles of the old and the new. Her smooth, heart-felt voice, matched with the precise sounds of the band, gave new meaning to some of Billie Holiday’s classic hits. The night was a blast for the gifted vocalist and the audience that cheered her on.