The Daily Nexus
Sports
UCSB Salvages One Win at Louisville Slugger Bash
March 2, 2015 at 5:03 am by Martin Cobos 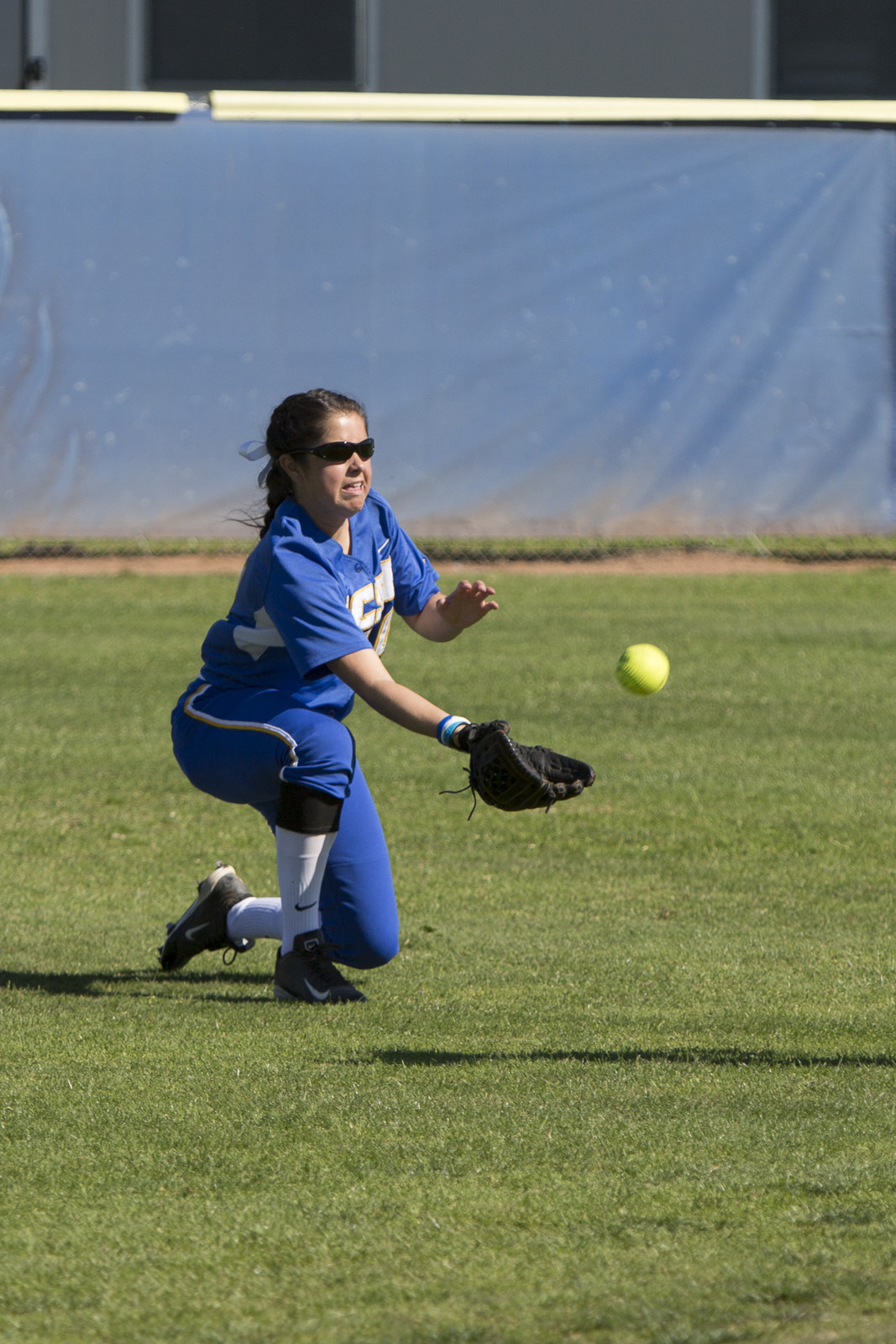 The UCSB softball team lost the first four games of the Fresno State Louisville Slugger Bash before picking up a win in Sunday’s finale to go 1-4 over the weekend.

The Gauchos were again able to end the weekend on a high note against St. Mary’s. UCSB jumped out to an early lead, picking up a run on a sacrifice fly from senior utility player Shelby Wisdom. The game remained tied until the fifth inning when St. Mary’s junior outfielder Shannon Low hit an RBI single to left field.

Both teams traded runs in the sixth and the game eventually headed into extra innings. UCSB broke the tie in the top of the eighth as junior infielder Arianna Palomares hit an RBI double to left center. Wisdom hit a sacrifice fly and senior DeJanee Moore hit an RBI single to right to cap off the three-run inning.

Junior Alex Pingree pitched well for the Gauchos in this one, going all eight innings and only allowing five hits. Junior pitcher Lujane Mussadi was charged with the loss for St. Mary’s after allowing three runs in 7.2 innings pitched.

Saturday proved tough for the Gauchos as both contests got out of hand very quickly. UCSB actually jumped out to an early lead against Oregon State as Palomares and Wisdom both hit RBI doubles as part of a three-run first inning.

This would be the last time UCSB would lead however, as Oregon State put up a combined 13 runs in the top of the second and third innings. The Gauchos could only muster up two more runs and the contest was stopped after the fifth inning.

Pingree was charged with the loss in this one after pitching two innings and giving up eight earned runs. Freshman pitcher Rainey Dyreson improved her record to 3-0 on the season after pitching 4.1 innings for Oregon State.

UCSB only managed to get two hits in the contest as junior pitcher Dresden Maddox was lights out on the mound for Rutgers. Freshman pitcher Lena Mayer was charged with the loss for the Gauchos, allowing seven earned runs in 3.2 innings.

On Friday, the Gauchos fell behind early to Fresno State and simply could never recover. Down 6-0 after the third inning, UCSB simply could not keep up offensively.

Friday’s earlier contest was one to forget for the Gauchos, as the team couldn’t muster a single hit. One walk and an error kept junior pitcher Bev Miller from a perfect game as she picked up her seventh win. Ludlow was charged her 10th loss of the season after one inning pitched.

The Gauchos will be in action again this Friday at 3:45 p.m. as they compete in the UNLV Rebel Classic.