The Daily Nexus
News
Cooking Competitors’ Beets Beat Others
March 2, 2015 at 1:00 am by Noah Brennan-Greenbaum 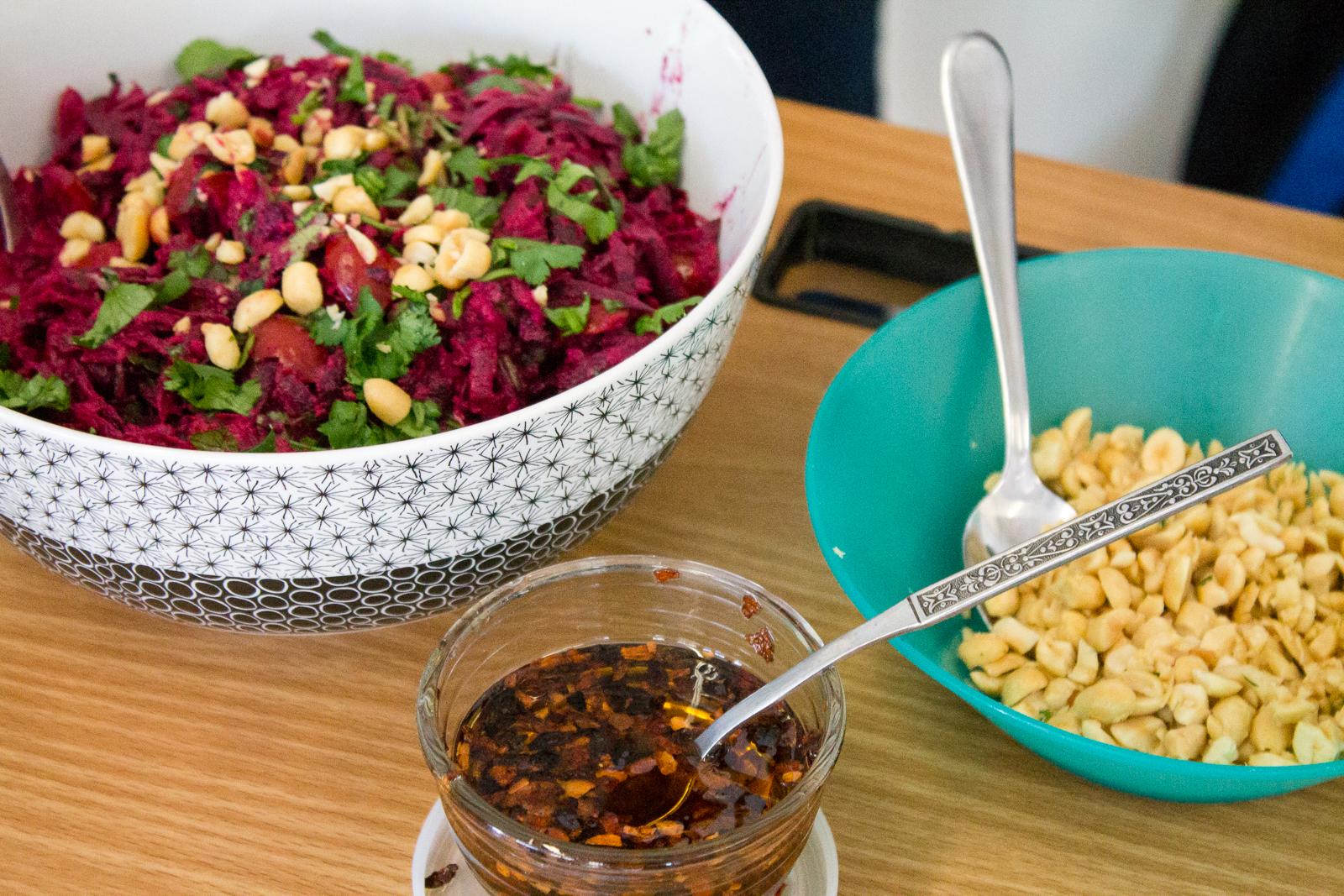 This quarter, beets were the sustainable ingredient required for all competitors’ dishes. The dishes were separated into appetizers, entrées and desserts, and attendees were invited to sample and vote for their favorites, while the winners of each category received a gift card to the Isla Vista Food Co-op.

“We basically take local, organic, in-season foods and we distribute that to students so that they can then make their own dishes with whatever that ingredient is,” Herrera said. “The I.V. Food Co-op has given us the beets that are the highlight.”

“It’s a pretty big event. Every quarter people come out and love to cook. … I think it teaches a lot about how to cook sustainably in I.V., which is really important,” Vest said. “It also just teaches people how to cook in general. Giving recipes out and stuff, it’s awesome.” 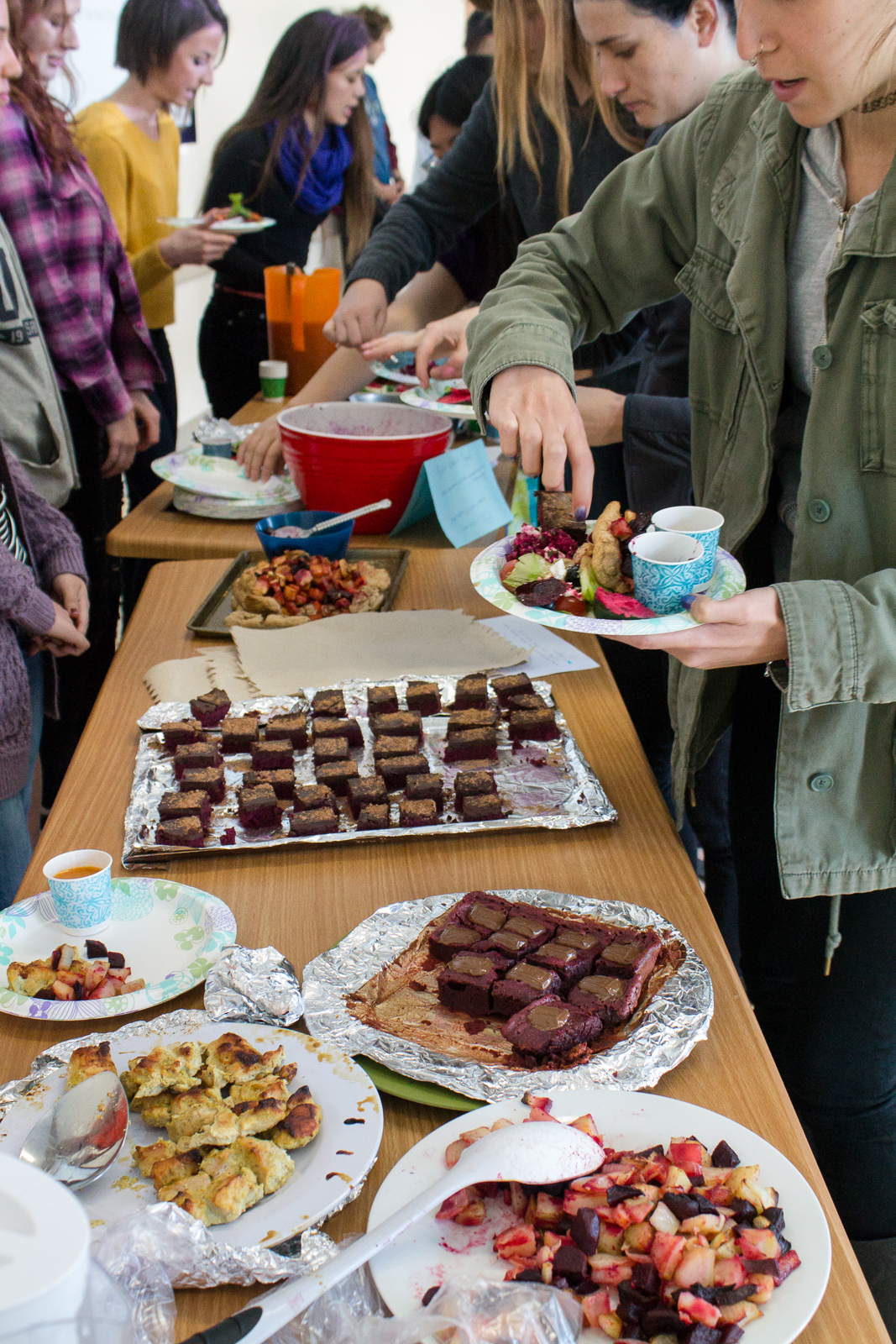 Is it beets? All dishes from participants in the competition had to include the dark purple root. Paris Cullen/Daily Nexus

“There’s a really nice community feeling [to the competition],” Laskorunsky said. “Everything is vegetarian or organic or local and I think that’s really good.”

“Sustainability is important just because it makes our food healthier and helps the environment. It’s good for helping our local farmers instead of farmers from who-knows-where. It strengthens community bonds,” Laskorunsky said. “I like the idea of community coming together for a common purpose, and getting local food is a part of that.”

“I’m all about sustainable food and how food relates to our impact on the environment,” Hamilton said. “I think it’s an important topic to get people on campus thinking about, and it’s a really fun way to do it because everybody gets free food.”