The Daily Nexus
News
Police Share I.V. Status Over Pizza
February 27, 2015 at 1:40 am by Patrick Guardian 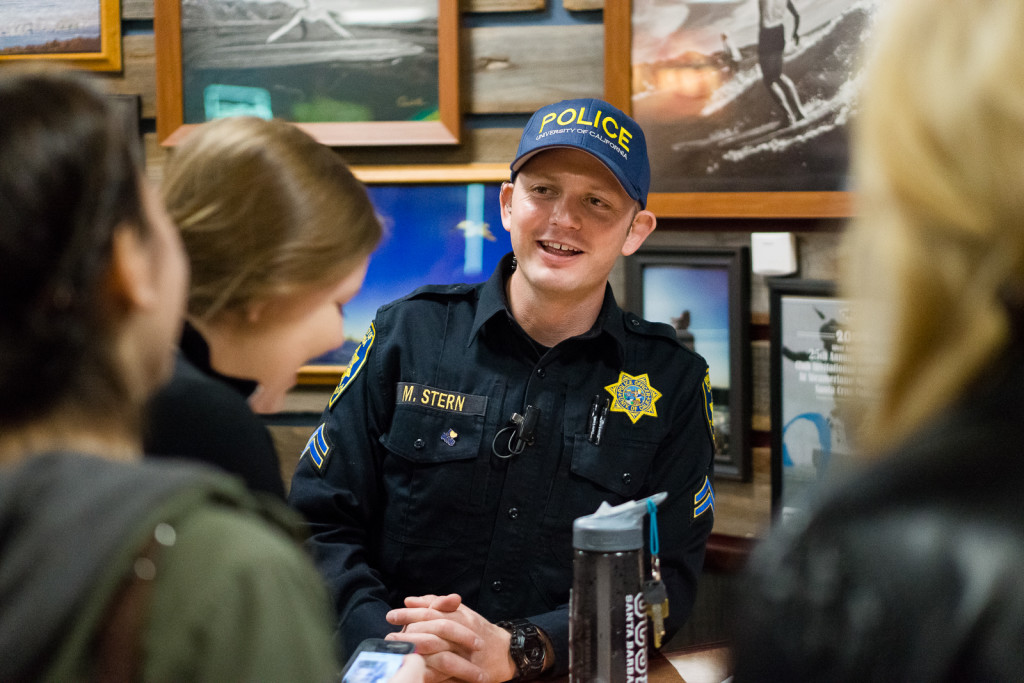 The UCSB Police Department (UCPD) and the Santa Barbara County Sheriff’s Department hosted Pizza with Police on Thursday at Pizza my Heart in conjunction with Associated Students.

The event allowed students and Isla Vista residents to meet officers and deputies from both departments and ask questions about local law enforcement in the community. UCPD Lieutenant Mark Signa began the event by taking questions from the audience.

According to Signa, the creation of a Community Services District (CSD) in I.V. would have no direct effect on law enforcement in the area.

“The county is still responsible for law enforcement in this area. What [it would do] though is give the community a voice as far as communicating with the Sheriff’s department, the university police department [and] the university as a whole [as well as] the county as a whole,” Signa said. “It [would give] them more of a voice to say, ‘Hey, this is what we’re looking for. This is the problem we’re having.’”

Signa also discussed the university’s $70,000 grant to put up fencing along the cliffs. According to Signa, the project received unanimous support because of its promise to improve the safety of residents.

“The only people that don’t want it are the people say ‘It blocks my view’ or something like that. But everybody else is very much in favor of it,” Signa said. “You got people dying over something like that and it could be easily remedied by a fence.” 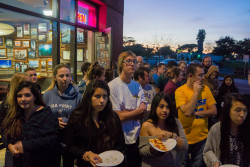 When asked about prominent crime issues this year, Signa said similar to previous years, almost all arrests and violations can be credited to drugs and alcohol.

“If you look at the stats, 95 percent of the people that are arrested are arrested for things involving alcohol,” Signa said. “It’s unfortunate it’s such a party atmosphere out here the amount of alcohol really affects the safety of people.”

Signa also said in recent years the violence he has seen in I.V. has become “intense.”

“This shouldn’t be a town where you have stabbings; you shouldn’t have fights where people are going to hospitals, and it’s frustrating to see that,” Signa said.

According to Signa, the decreasing crime rates in I.V. are partially a result of the increased presence of law enforcement.

“Now, like I mentioned before, the presence … it’s helped. It’s a Band-Aid. It helps fix some of the problems, but it’s not the solution,” Signa said. “We still need to come up with a solution for Isla Vista.”

Signa said students and residents should not be paranoid about falling victim to a crime, but should also be cautious that I.V. does have a very high crime rate.

“The number one thing for me — what I want to tell the students and residents, everybody that lives out here — is just watch out for each other,” Signa said. “We’re a community, and community is about taking care of each other.”

According to first-year physics major Zoltan Urge, the event was well organized and gave I.V. residents an opportunity to connect to local law enforcement in a personal manner.

“I think it’s a good outreach to students because recently there’s been a bunch of backlash against the police and this is a good way to reconnect with the community,” Urge said.

First-year biology major Oliver Fahrner approves of the job local law enforcement is doing and said he wishes there were a better way to deal with out-of-town visitors.

We also need to give a huge shout out to Associated Students for their support and efforts in organizing these events. Thanks to Ashcon MinoIefar and Jake Gorham for setting this up. I look forward to doing many more of these!