The Daily Nexus
Water Polo
UCSB Set For Doubleheader Sunday at Campus Pool
February 26, 2015 at 5:01 am by Sean White 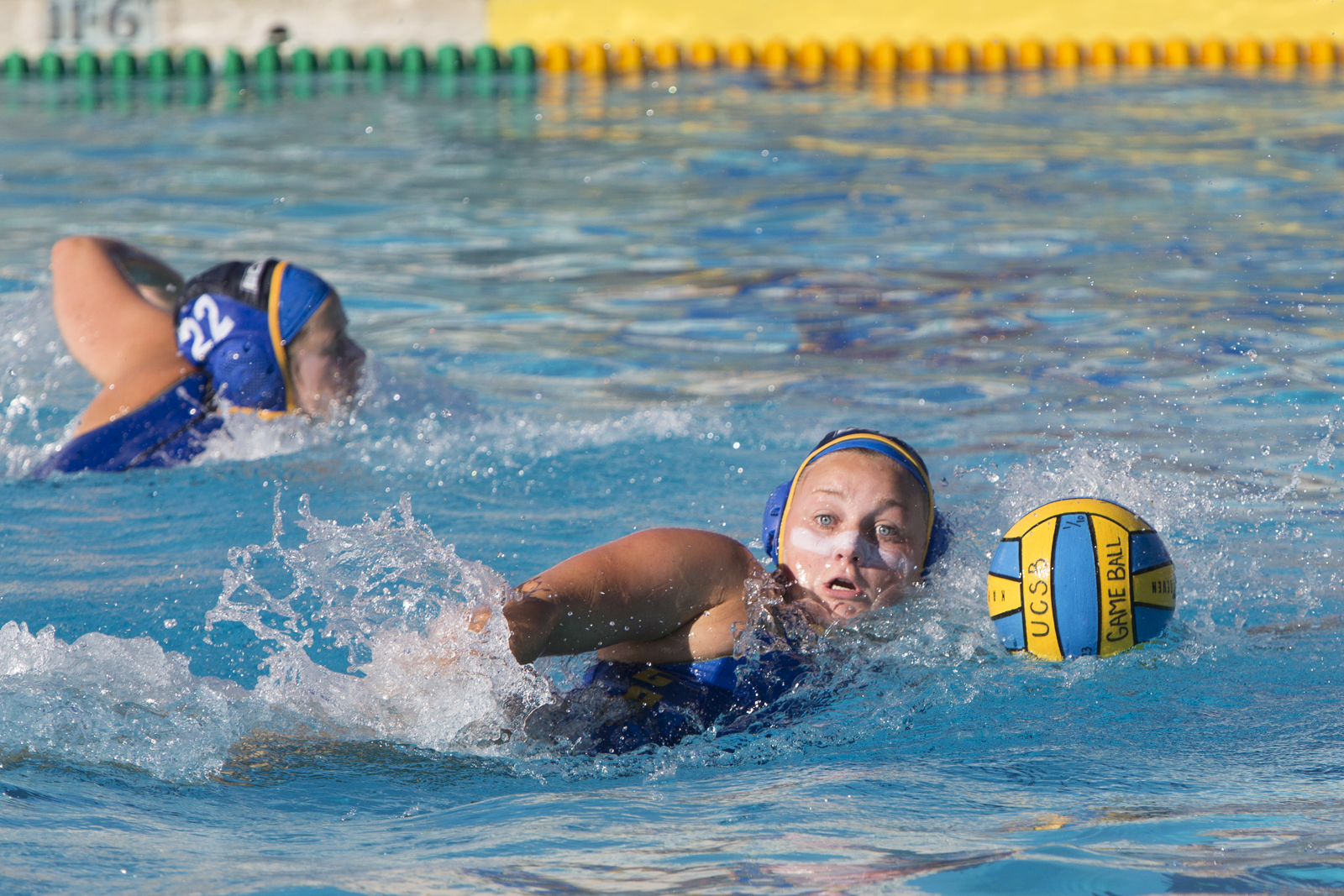 After a month of playing on the road, the No. 17 UCSB women’s water polo team returns to Santa Barbara for its first set of home games since hosting the UCSB Winter Invitational.

With hopes to improve its 8-10 overall record, the Gauchos prepare for a Sunday doubleheader hosting No. 19 UC San Diego and CSU Bakersfield.

“Anytime you don’t have to travel and you’re on your home turf it’s something to be excited about,” Head Coach Serela Kay said. “Being able to sleep in your bed the night before and play in the water that you train in every day.”

However, the team’s perpetual setback continues to be its inability to attack and score quicker than its opponents. UCSB constantly finds itself facing a deficit when entering halftime, playing from behind in the majority of its games.

“I think coming from behind is always a challenge,” Kay said. But when asked about a solution to the team’s first half struggles, “mental discipline” was her answer.

Sunday will be the second meeting between UCSB and UCSD. The two teams faced each other in last weekend’s UCI Invitational in which Santa Barbara earned an 8-7 win over the Tritons.

All eyes were on sophomore attacker Taylor Shore as she went off for three goals against UCSD’s defense. As junior utility Jessie Porter continues to sit out with an injury and junior attacker Bryn Hudson was out with an illness, UCSB will need more of its playmakers to step up and control games.

A part of that playmaking group is junior utility Samantha Murphy. Her astounding hat trick performance against No. 3 USC proved her willingness to embrace the pressure of being UCSB’s go-to player in big games.

“The last home tournament, we had a problem with coming out and attacking,” Murphy said. “I think it’s going to amp up the energy to know that we only have four home games for the rest of the season. We have to really come out with a lot of energy and make it count.”

San Diego will come into Santa Barbara territory with a 7-10 overall record. But the Tritons have some momentum after an upset victory over No. 14 Michigan. UCSD beat the Wolverines 11-6 in its trip to Irvine. The win was huge for the team as it ended a six-game losing skid.

Dual-threat junior attacker Laurel Kistler plays a vital role in the Tritons’ offensive and defensive schemes. She ranks second on the team in scoring with a total of 20 goals and has a team-leading 21 steals.

Ensuing UCSB’s match versus UCSD is an afternoon game against CSU Bakersfield. The Roadrunners are 7-6 overall and hope to prolong their six-game winning streak.

Bakersfield has a set of sophomore divers that can pick a team apart with their attacking skills. Nicola Barrett and Kristen Jensen are the team’s top two scoring leaders.

The Gauchos rematch against UCSD starts at 9:30 a.m. Later that evening, UCSB will end its short homecoming playing CSU Bakersfield at 4 p.m.