The Daily Nexus
Sports
Softball Heads to Fresno for Five-Game Stand
February 26, 2015 at 5:00 am by Martin Cobos 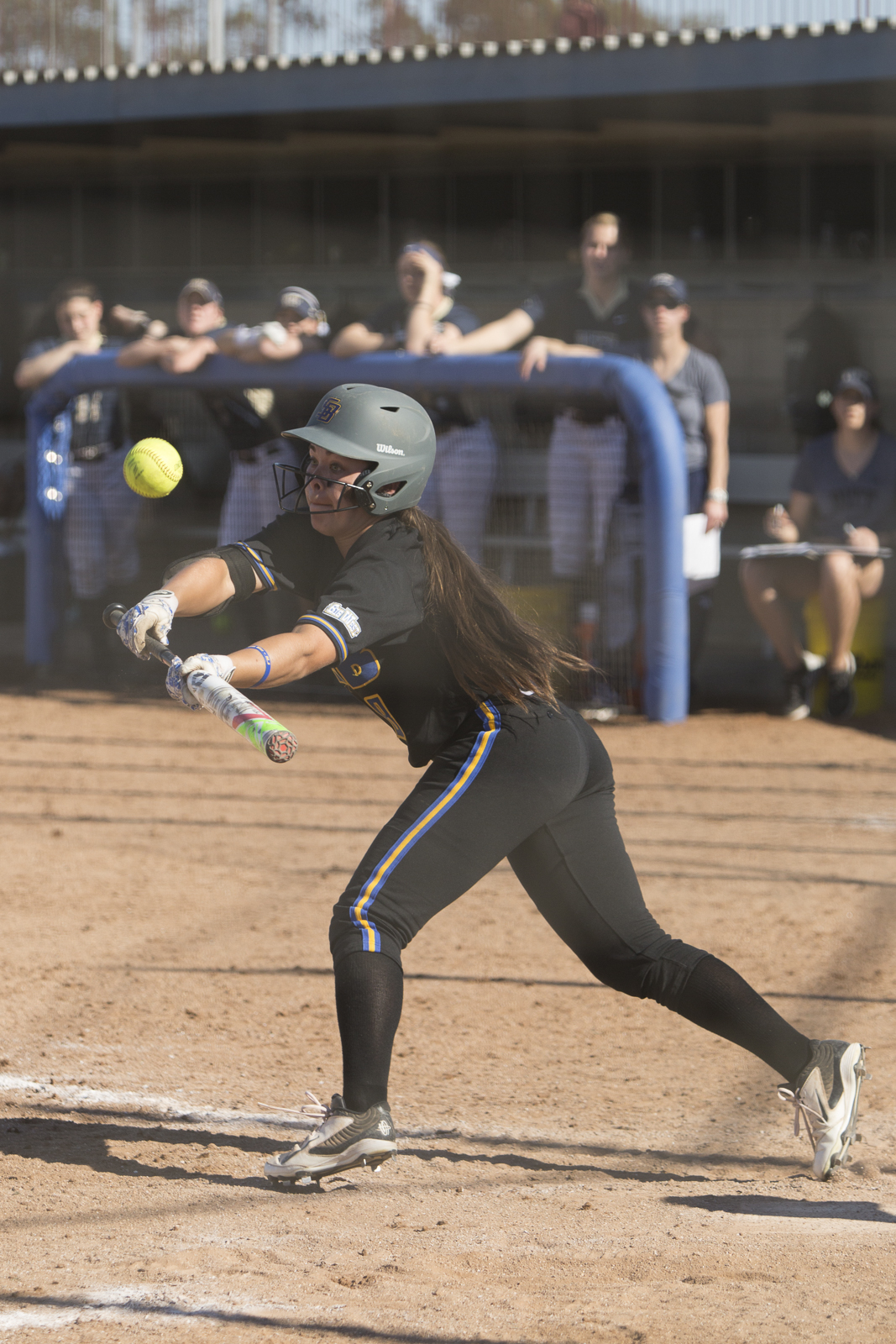 The UCSB softball team is set to compete in the Fresno State Louisville Slugger Bash this weekend where it will play five games. The Gauchos will face Oregon State and Fresno State on Friday, followed by Rutgers and an Oregon State rematch on Saturday. The Bash will conclude with UCSB taking on St. Mary’s on Sunday.

UCSB struggled in the Mary Nutter Collegiate Classic, getting outscored 49–17 over five games. The Gauchos were able to pick up a win over Loyola Marymount in Sunday’s finale, which should give them a bit of momentum to ride into this weekend.

The big story for UCSB continues to be the struggles on the mound. The Gauchos have given up an average of 9.82 runs in games they’ve lost this season and, overall, the team has a combined ERA of 5.54.

Junior pitcher Ashley Ludlow has experienced some rough outings this season with a record of only one win and nine losses. Ludlow has by far been the workhorse for UCSB this season, amassing a total of 50 innings pitched.

Junior pitcher Alex Pingree has shown some good signs of late pitching 3.2 innings in UCSB’s only win this past weekend. Pingree currently holds the lowest ERA on the team at 4.12 and leads the team in average strikeouts per game with 3.34.

Freshman pitcher Lena Mayer has gone through a very tough start to open her Gaucho career. In 10.1 innings pitched she has an ERA of 13.55 and has given up nine walks compared to only three strikeouts.

While the Gauchos look for answers on the mound, hitting has been rather consistent all season. Junior catcher Meshalon Moore has been a steady contributor, leading the team with two home runs and nine RBI to this point in the season.

Senior utility player Shelby Wisdom has caught fire of late going 4-5 with four RBI and a home run in last Sunday’s contests. Wisdom is hitting .308 this season and is now tied for second on the team with seven RBI.

Oregon State and Fresno State have both been very good up to this point in the season and should provide tough competition for the Gauchos this weekend. Oregon State is dangerous at the plate with five starters sporting above .300 batting averages.

Fresno State also has a strong plate presence averaging 6.47 runs per game this season. The Gauchos must be weary of Fresno State’s sophomore outfielder Kierra Willis who is hitting .439 this season and already has three home runs and 12 RBI to her credit.

UCSB has already faced Rutgers and St. Mary’s this season, defeating Rutgers by a score of 5-3 and falling to St. Mary’s by a score of 14-6. A strong outing from Pingree and big games from Moore and Clark was the key to the win against Rutgers last time around.

St. Mary’s has been hot, going 2-1 since facing the Gauchos. However, the team remains susceptible on the mound sporting a combined 6.74 ERA on the season.

UCSB will face Oregon State this Friday at 11:30 a.m. to open up the Fresno State Louisville Slugger Bash.