The Daily Nexus
Sports
Gauchos Pick Up First Road Win Over Pepperdine
February 25, 2015 at 1:21 am by Sarah Stigers 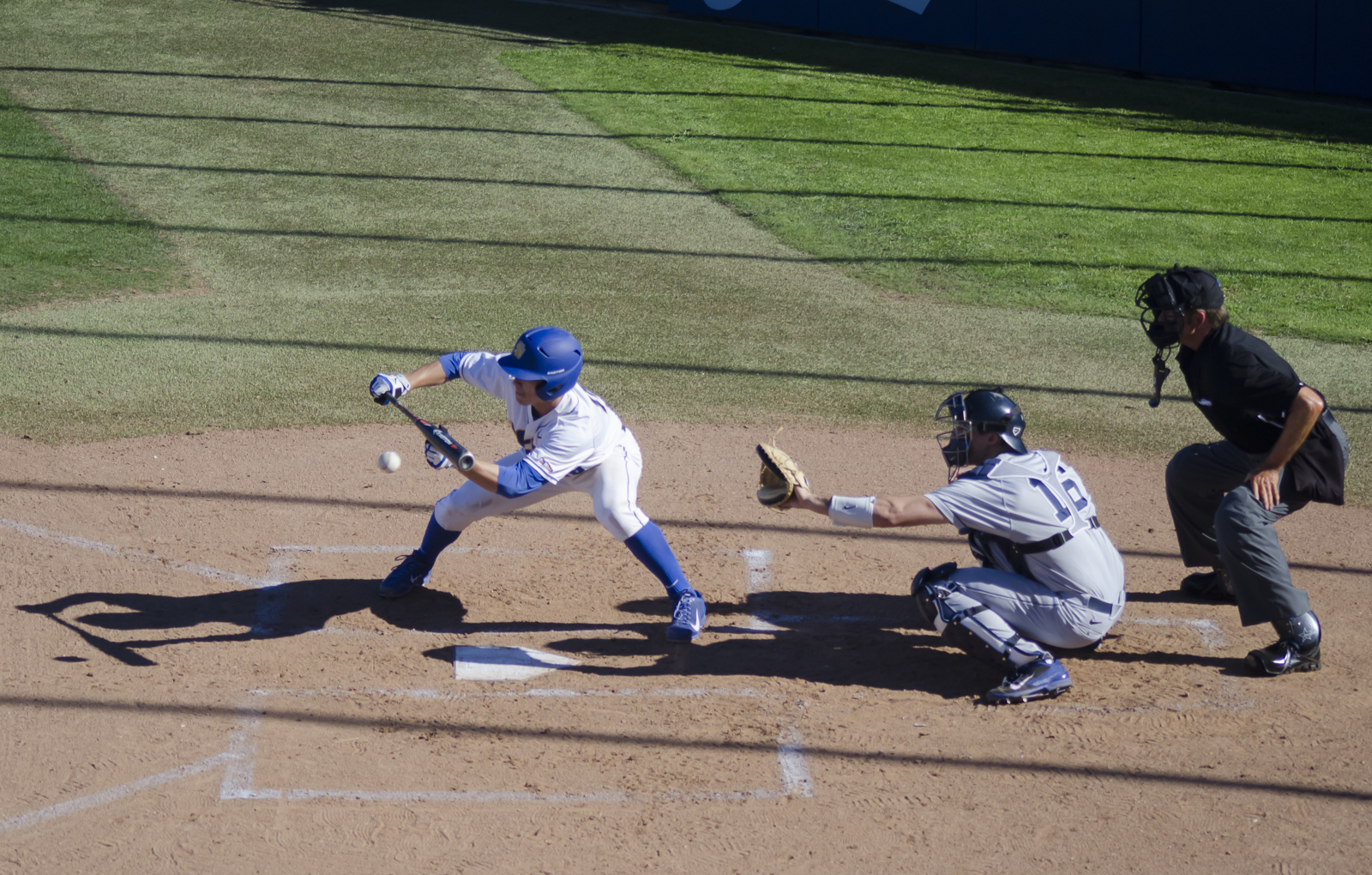 The UCSB baseball team pulled out a 6-4 win in its single game appearance against Pepperdine yesterday.

With the win, UCSB bounces back from its first loss of the season to Kentucky to advance its record to 7-1 as it enters a three-game series against the University of Oregon this weekend. On the other hand, Pepperdine ends its three-game win streak with yesterday’s loss and will face the Big West’s Hawaii in a four-game series this weekend.

After a two-run inning off a Pepperdine balk and an RBI from senior catcher Campbell Wear for the Gauchos, Pepperdine came back in the bottom of the fourth to gain the lead with a grand slam from senior right fielder Brandon Caruso off of UCSB’s starting pitcher, junior lefty Domenic Mazza.

“They are putting together some good at bats,” Head Coach Andrew Checketts said. “We’ve had 28 hits in the past two games, so I think that’s just going to turn into more runs.”

In total, the five pitchers who appeared in yesterday’s game held the Waves to four runs in eight hits and recorded only six bases on balls. Freshman left-handed pitcher Kyle Nelson was awarded the win and junior righty James Carter was handed the ball for the third save of the season in the ninth.

“We’re still trying to find our identity in the bull pen. Carter came in for the save as our closer,” Checketts said. “But in the six, seventh and eighth those roles were trying to sort through their guys and they did a good job passing on the baton.”

Up at bat for the Gauchos, RS sophomore Andrew Calica went 5-5 with two runs scored as the lead off hitter, advancing his batting average to .429 in 28 at-bats. He has played in all eight games so far this season. After the 28 recorded hits in the past two games for UCSB, the team batting average has advanced to .325 with a .429 on base percentage.

UCSB is up to play the Ducks this weekend, kicking off a three-game series against Oregon on Friday at 2:00 p.m.