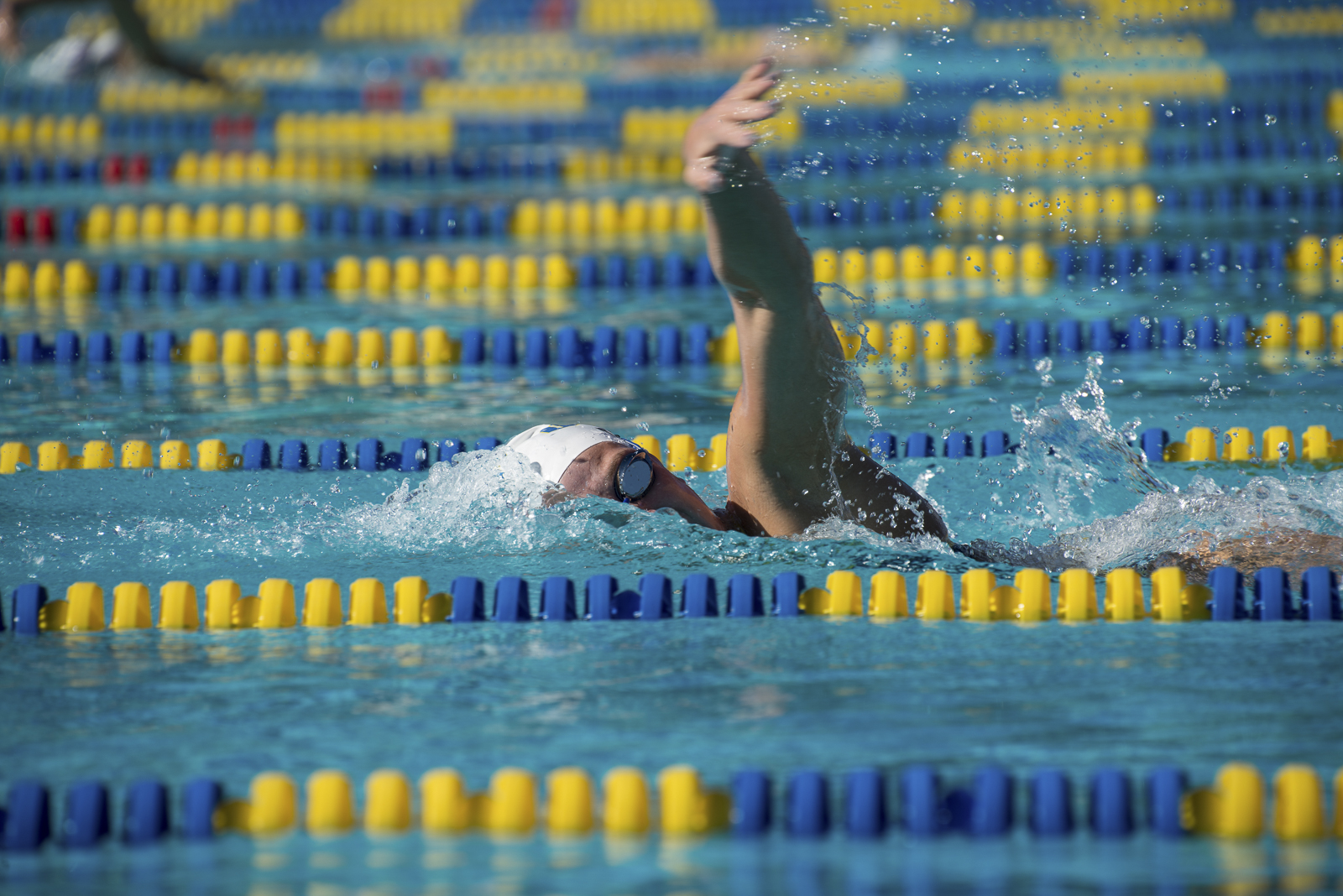 The UCSB swimming team capped off its season this weekend at the MPSF Championships. The men took second place with a point total of 774.5 and the women grabbed third with a score of 585.5.

The men from BYU swam with dominance and once again took MPSF honors home to Utah after scoring a total of 830.5 points. The Cougars successfully defended their title and now have won three of the five MPSF Championships that they have competed in.

BYU’s junior backstroker Jake Taylor led the way for his squad, breaking conference records in the 100 and 200-yard backstroke with times of 45.53 and 1:41.15, respectively. The team’s divers gave them a large advantage over UCSB, scoring a total of 143 points and providing the 56-point lead.

On the women’s side, the Hawaii Rainbow Wahine took the crown for the first time in school history with a score of 747. Junior freestyle swimmer Jasmine Alkhaldi performed to perfection, breaking three conference records and scoring 60 points individually. Behind Hawaii was UC Davis with a total of 632 points to give it the silver medal.

For the Gauchos, redshirt senior breaststroker Katie Records matched Alkhaldi and scored 60 of her own points for the Gauchos. She took first place in the 100 and 200-yard breaststroke as well as the 200-yard individual medley, winning all of her individual events, and helped compete in the 200-yard medley relay. Her impressive times will be on watch for NCAA qualifications.

“I’m incredibly happy to have spent such an incredible four years in this sport,” senior sprinter Wade Allen explained before the meet. “My personal hopes for this weekend are to qualify for the NCAA collegiate national championships for a third time.”

Allen unquestionably gave himself a chance to achieve this personal goal with his performance for the Gauchos this weekend. He took first place in both the 50 and 100-yard freestyle events with times of 19.72 and 43.15 seconds, respectively. His 50-yard time was an all-time conference finals record and his 100-yard time was a personal best that replaces his previous all-time school record.

Allen’s senior teammate Chase Lemley trailed just behind him at 44.44 seconds, taking second and adding to the heavy point total that the team pulled in.

Freshman backstroker Billy Mullis brought home an impressive accolade in being named MPSF Male Freshman of the Week. The rookie swam in a total of seven finals races and provided a large percentage of the team’s overall points. He trailed Taylor of BYU for many events and kept it close with the MVP of the meet.

This meet concludes the season for team competitions. The NCAA will be soon announcing the individual qualifiers for this year’s collegiate National Championships.