The Daily Nexus
Sports
Gauchos Have Tough Time at Mary Nutter Collegiate Classic
February 23, 2015 at 5:06 am by Martin Cobos 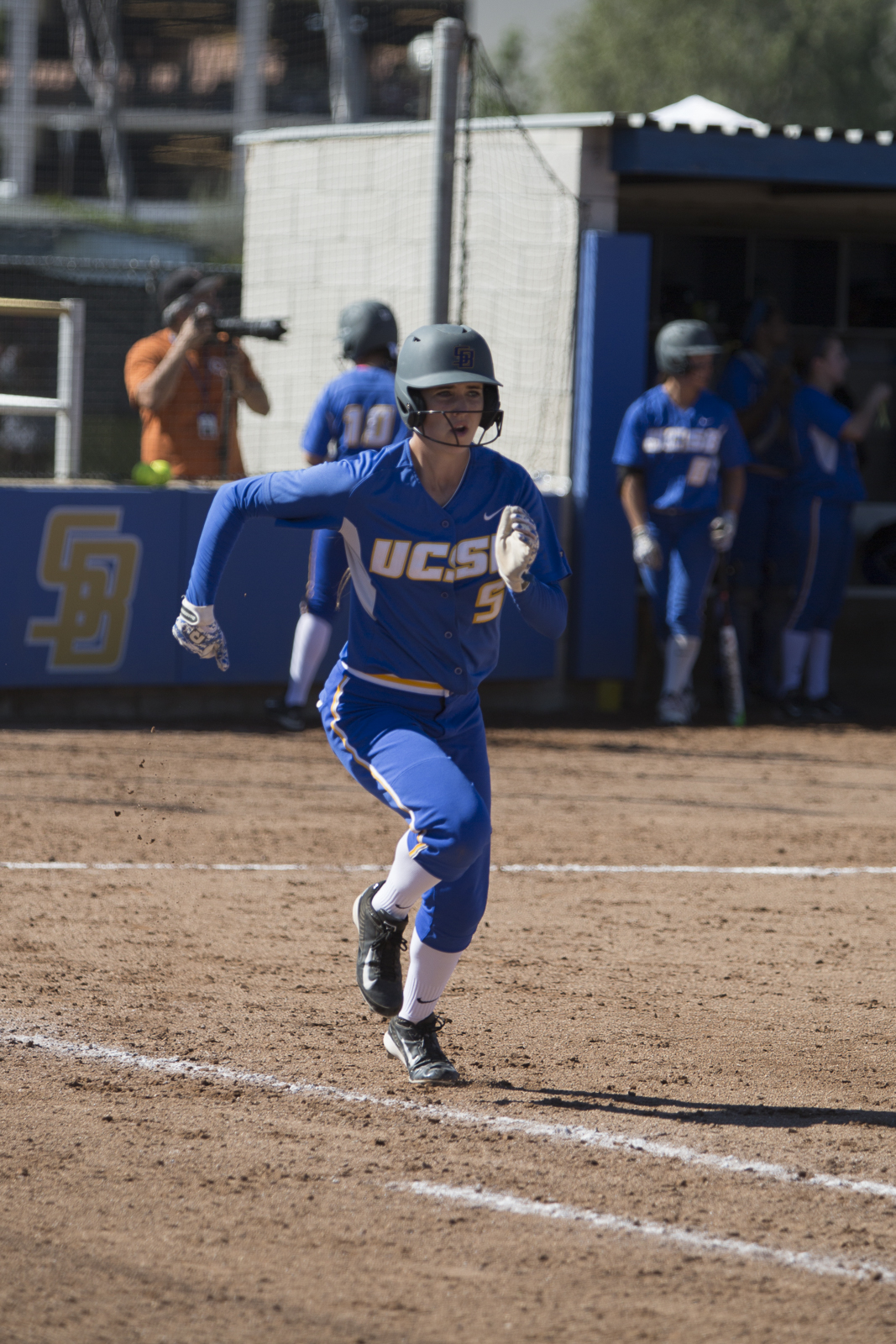 The Gauchos dropped the first four games of the Classic as they fell 16-4 to BYU on Thursday and lost to Utah by a score of 2-0 on Friday. On Saturday, UCSB fell 7-0 to Texas A&M and then opened up Sunday by losing 18-10 to UNLV. The Gauchos beat Loyola Marymount 6-3 in Sunday’s finale.

“There are no excuses,” senior pitcher/utility Shelby Wisdom said. “We need to be focused on our goals and fix our play.”

The Gauchos ended the tournament on a high note, notching a win in the final game against Loyola Marymount. After falling behind 3-1 heading into the fifth inning, junior catcher MeShalon Moore singled to right field, eventually scoring junior infielder Arianna Palomares on a fielding error. Wisdom capped off the inning with a two-run home run to left field.

The first game of Sunday’s double-header didn’t go as well for the Gauchos. After UCSB captured a 9-5 lead heading into the bottom of the fourth, UNLV put up 13 runs in the final two innings.

Wisdom continued her Sunday hitting spree in this one going 2-2 with 2 RBI. Sophomore shortstop Emily Brucelas also had an excellent game at the plate going 3-3 and scoring two runs.

The Gauchos gave up a total of 18 hits to UNLV and both teams had four fielding errors on the day. Freshman Lena Mayer was charged with the loss for UCSB after giving up seven runs in one inning pitched. Sophomore pitcher Kwyn Cooper picked up the win for UNLV.

UCSB simply couldn’t get anything going at the plate against Texas A&M on Saturday. A&M jumped out to a 4-0 lead in the first inning off a triple from junior outfielder Cali Lanphear and an RBI single from freshman catcher Ashley Walters.

The Gauchos managed only six hits in the shutout loss. Junior pitcher Ashley Ludlow took the loss for UCSB, while junior pitcher Katie Marks picked up the win for Texas A&M after pitching six scoreless innings.

Utah’s pitching proved to be too much for the Gauchos on Friday. UCSB only managed four hits as freshmen Miranda Viramontes and Katie Donovan dominated on the mound for Utah.

Ludlow kept UCSB close until the fourth inning when two RBI singles in the bottom of the fourth put Utah up. Ludlow earned the loss, but pitched well in six innings tallying up five strikeouts.

UCSB’s opening loss to BYU was perhaps one to forget for UCSB. With a 4-4 tie going into the fifth, BYU would put up 12 runs in the final three innings to earn the win. Moore had an excellent game for the Gauchos in this one, going 2-4 with two RBI and a home run. Ludlow was charged with the loss after four innings pitched and 4 earned runs given up. Sophomore pitcher McKenna Bull earned the win for BYU.

The Gauchos will face Oregon State this Friday at 11:30 a.m. as they kick off the Bulldog Classic in Fresno.