The Daily Nexus
Tennis
UCSB Falls to USF and UC Berkeley
February 23, 2015 at 5:03 am by Daniel Moebus-Bowles 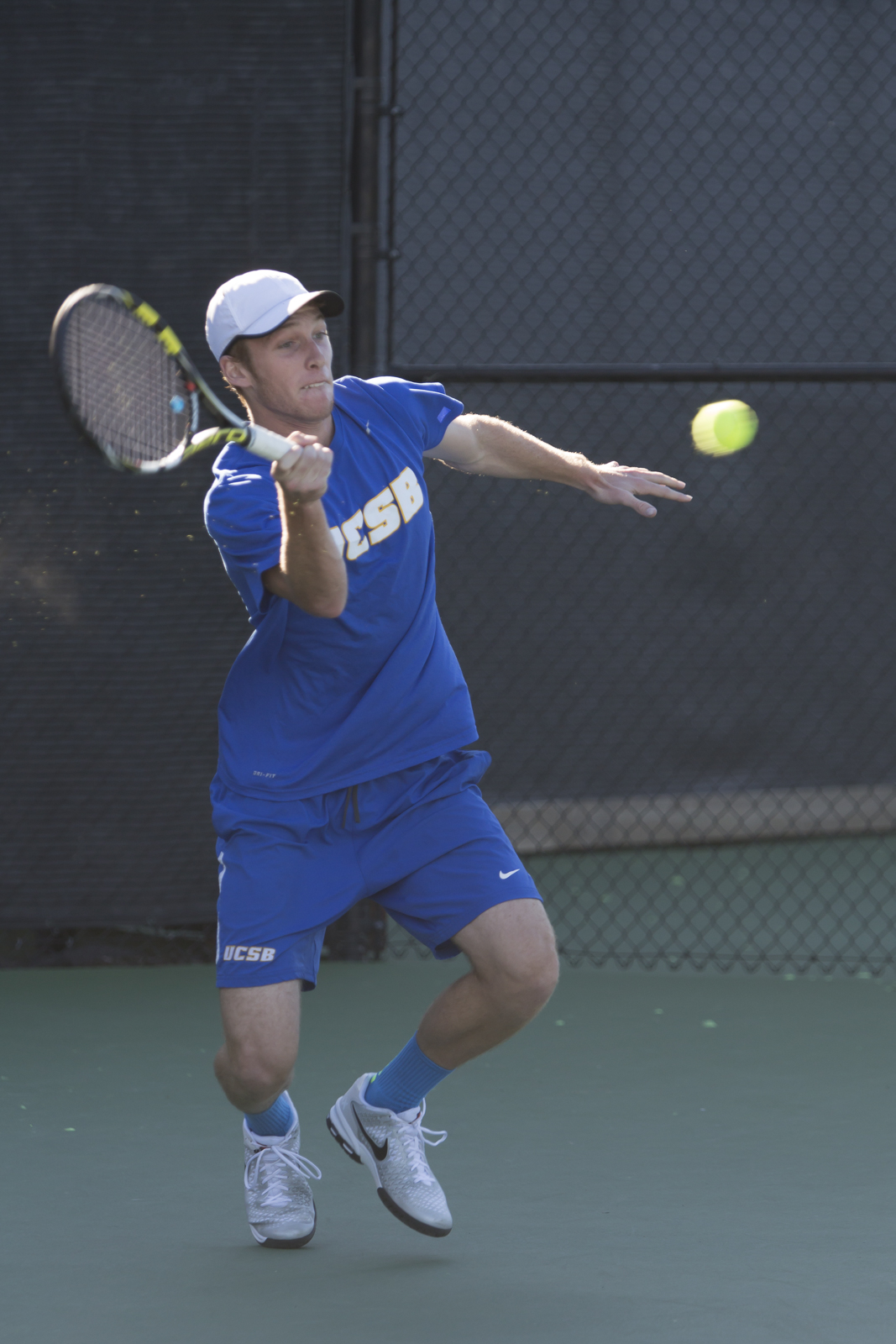 The UCSB men’s tennis team suffered another hard road trip against tough competition this past weekend. On Saturday, the Gauchos fell to the University of San Francisco 5-2 before being swept on Sunday by No. 14 UC Berkeley 7-0.

These back-to-back losses drop UCSB to a record of 3-6 as the team has not been able to overcome the .500 mark this season or obtain a road victory. The team’s away record now stands at 0-6. USF improved to 3-3 with its win and Cal moved to 8-3.

In their match with the Bulls, the Gauchos started off strong winning the doubles point, something that they have not done often this season. The team of sophomore Erik Johnsson and junior Nathan Eshmade took down their opponents 6-3 and the doubles point was achieved by a 7-6 victory from sophomore Morgan Mays and junior Andrew Riminton. Senior players Tobias Galskov and Ziad Sultan were stopped in the middle of a 6-6 tie with the #31 doubles team in the country.

With a 1-0 lead, the team looked positive with four Gauchos winning their first sets in singles play. However, the Bulls retaliated and came out on top, winning five of their six total matches. Riminton was the sole Gaucho to add a point for his team with his three set victory on the sixth court. He swept his opponent in the first set before losing a close second set 7-6. The junior finished off his opponent dominating in the third, 6-1.

The match with Cal was a one sided affair. The No. 14 Golden Bears took their second victory of the day after beating St. Mary’s earlier that morning 4-0. Berkley went up early with victories from its two ranked doubles teams.

Seniors Galskov and Sultan fought hard against the No. 30 senior duo of Gregory Bayane and Chase Melton, but they were defeated 6-4. The team of Eshmade and Johnsson fell to the No. 32 team of sophomore Andre Goransson and junior Oskar Wikberg 6-3.

The Gauchos could not find their rhythm in the second match of the their back-to-back road games as Cal took all six of the singles matches. No. 42 Goransson took down Galskov on the number one court in three sets, winning the first and third by a score of 6-2. On the number two court, Mays was defeated by No. 114 Filip Bergevi in straight sets of 6-4. Wikberg, Bayane, and freshman Billy Griffith went perfect on the day, capturing a singles win on both the UCSB and Saint Mary’s matches.

Next on the schedule for the Gauchos is a three-match home stand with Oregon University coming to Santa Barbara on Monday, March 2nd. Doubles matches are set to start at 1 pm.