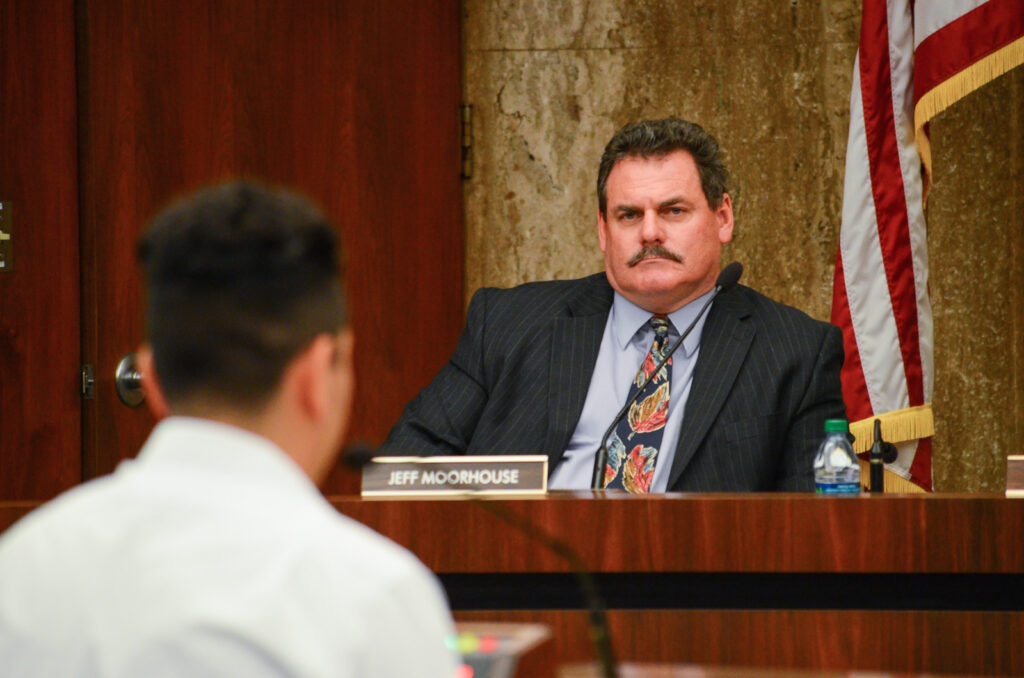 Jeff Moorhouse listens to a UCSB student share his view on the bill. Christina DeMarzo/Daily Nexus

The Santa Barbara Local Agency Formation Commission (LAFCO) formally approved the release a letter of concern on Isla Vista self-governance bill AB 3 by a 5-2 vote at a special meeting of the commission, held yesterday afternoon in downtown Santa Barbara.

AB 3, authored by Santa Barbara Assemblyman Das Williams, seeks to establish I.V. as a community services district (CSD), a form of local government where residents of a certain area empower a locally-elected board of five district members to levy taxes to pay for certain services unique to that area. LAFCO is a state-mandated agency present in every California county to oversee the formation of CSDs. AB 3 would establish, by act of the state legislature, an I.V. CSD and thereby bypass the traditional role of LAFCO in the CSD formation process.

The letter was drafted and released at LAFCO’s Feb. 5 meeting and enumerates 11 concerns held by the commission over the bill, primarily regarding the bill’s current lack of specificity over the types of services that would be available in an I.V. CSD and how they would be paid for. Additional concerns questioned the role of the county, Santa Barbara City College (SBCC) and UCSB in a CSD, the makeup of the administrative board in a CSD and how the CSD would be governed after it is formed. 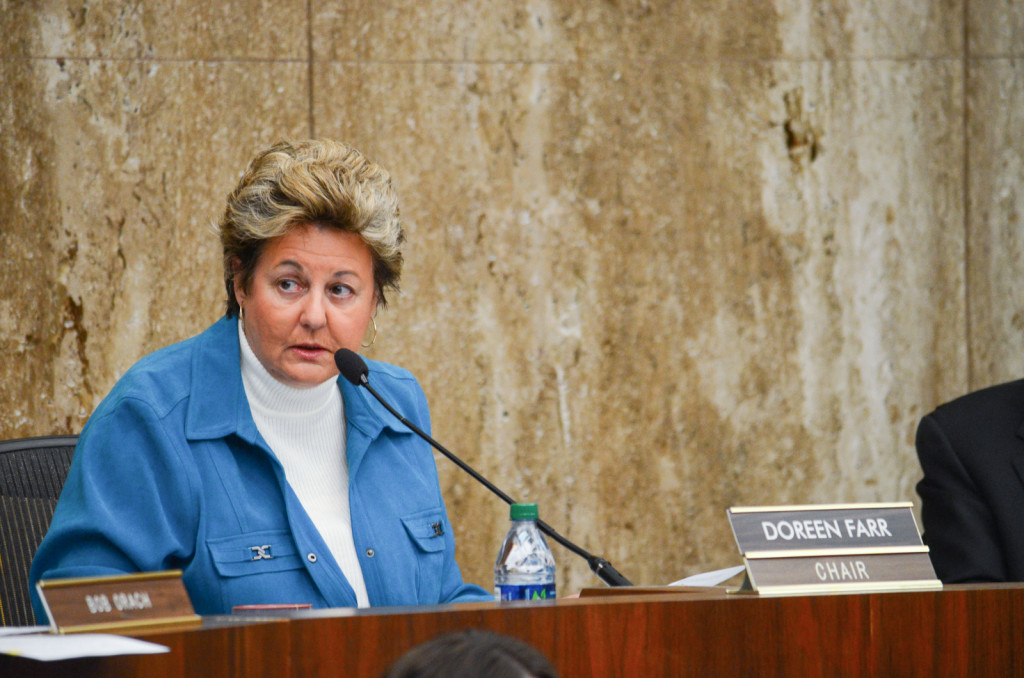 SBCC Trustee and UCSB alumnus Jonathan Abboud said he is “utterly disappointed” that LAFCO voted to send a letter of opposition to Williams and the state assembly.

“I’ve never been so disillusioned by government in my life, but I am confident this minor setback is just more fuel for the fire of the self-governance movement,” Abboud said in an email.
“While I am sure the Supervisors (Farr and Wolf) do, others on LAFCO claim they support self governance, and they should know Isla Vista will do everything it can to keep them accountable to that.”

The letter also contained updated introductory language on the commission’s concern regarding the bill’s necessity to circumvent LAFCO in order to form a CSD.

“It appears from statements made in public forums that the intent of AB 3 may be to bypass the LAFCO formation process, which is of great concern to CALAFCO as well as Santa Barbara LAFCO,” the letter states.

The letter acknowledged potential for AB 3 to address certain governance issues in I.V. but took a firm stance on it opposition to the possibility of bypassing LAFCO in the CSD formation process.

“Santa Barbara LAFCO sees a potential role for special legislation to address some governance issues of Isla Vista, especially with regard to the makeup of the board of any new CSD or other special district,” the letter reads. “Entirely bypassing the LAFCO formation process, however, raises concerns because it is in that process where the critical issues concerning the viability of a proposed special district are heard in a local LAFCO public hearing and fully vetted.”

“I would like to … express my strong support for [the letter],” Byrne said. “Isla Vista is not Las Vegas and what happens in Isla Vista does not stay in Isla Vista … we have long-term problems that are rooted in decades of poor decisions in Isla Vista and what we need is to consider this very carefully and very thoroughly and through the kind of mechanism that LAFCO provides.”

“I believe that what we have already there [works] … We need to address the issues specifically outlined [in AB 3] and that includes law enforcement issues. We already have law enforcement there,” Mitchell said. “We have a government that deals with those issues already … by creating more government you are asking the students to pay more, you are asking the residents to pay more … we have enough government in Isla Vista already.” 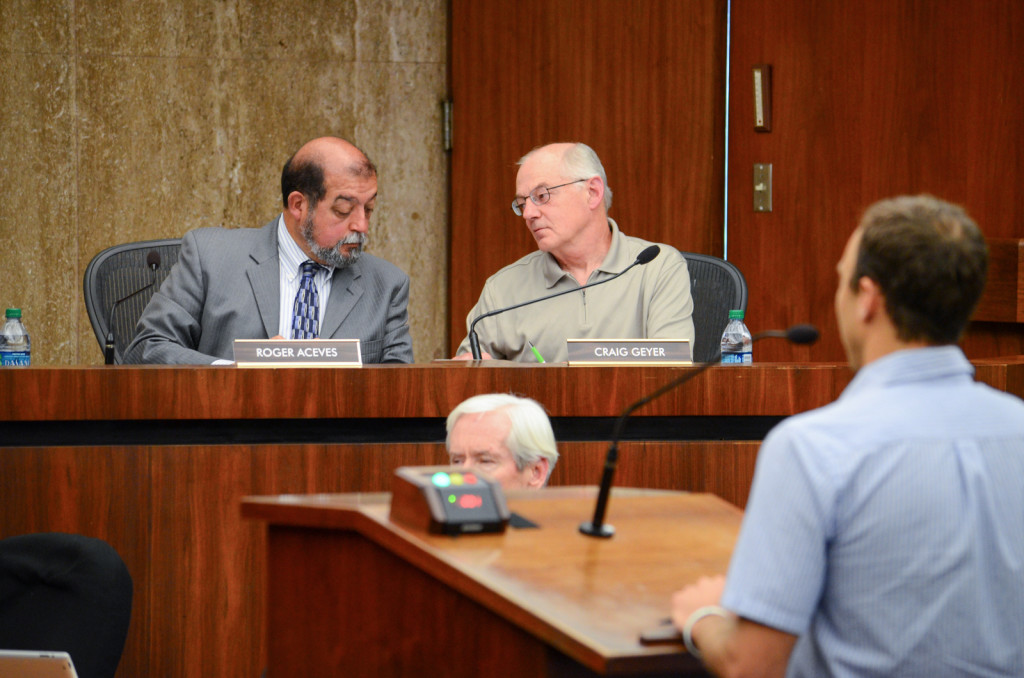 “We are all looking for the same thing, a better place to live,” Schunk said. “Unfortunately that comes in many different forms and that comes from a community that needs to be able to dialogue with each other and with the powers that be. By overturning our role in the process to a board like LAFCO we remove our hand from this important step.”

Schunk also said LAFCO should work to ease tensions between residents of I.V. and LAFCO in order to allow the community to address the concerns the commission is taking on AB 3.

“We as a community have some trust issues with you all and I would feel that as a board who is made to represent the interests and assert the interests of local districts you would all be willing to compromise with us on that and understand that,” Schunk said. “By allowing us the determination of continuing these talks … you allow us to move forward and answer the very questions you have presented.”

According to Schunk, I.V. business owner, UCSB alumnus and community organizer Jay Freeman has agreed to work on a financial feasibility study for an I.V. CSD, and sociology professor Victor Rios has begun an effort to attain $18,000 of university money to fund a demographics study of I.V., to meet the concerns of the LAFCO. Schunk and other speakers also encouraged LAFCO commissioners attend the weekly stakeholders meetings taking place in I.V. to flesh out the specifics of the bill.

Commissioner Geyer said LAFCO members may be limited in their ability to attend stakeholders meetings because of the Brown Act, a piece of legislation guaranteeing the public’s right to attend and participate in meetings of local legislative bodies.

“It is hard for commissioners to come to meetings because of the Brown Act,” Geyer said. “We can violate the Brown Act in a very easy manner and I think that’s probably why a lot of us don’t attend.”

“Opposing AB 3 does not mean that LAFCO opposes I.V. self-governance,” Moorhouse said, “LAFCO exists to create local governance, among other things. We are here to help and there is an established process to follow and it works.”

According to a 2006 law updating the CSD formation process, part of LAFCO’s role in creating a CSD is to ensure 25 percent of residents of the proposed CSD area sign a petition indicating support for the effort.

Geyer said LAFCO’s role is to ensure public participation in the CSD formation process and expressed concern about inaccessibility of the bill once it moves along in the legislative process.

“The formation of anything, any special district in Isla Vista, should come back to the local LAFCO. That’s what we are here for. That’s why the legislature invented LAFCO, and LAFCO locally [allows] the public to be involved,” Geyer said. “When this thing heads up to Sacramento, you think you have a hard time making it here [to downtown Santa Barbara], you’re gonna have a real hard time making it up there.”

The commission amended the several points on the letter before approving it for release. The commission eliminated the first sentence on point three, which falsely stated the bill was introduced in December without public outreach on the concept, when in fact two town hall-style meetings had occurred in the months prior to determine an appropriate form of local government for I.V.

The commission amended language on point three to reflect concerns that LAFCO would be bypassed as a result of “commission meetings” rather than “community meetings” because of a lack of familiarity with the content of the stakeholders and town hall meetings.

On item nine, the commission deleted the final sentence, which stated “LAFCO has no authority to deviate from the CSD law regarding makeup of the CSD board” and inserted, “However, if it is determined that state legislation is needed, it could be requested by Santa Barbara LAFCO.”

Finally, the commission agreed to issue the revised letter undersigned by LAFCO executive officer Paul Hood, rather than LAFCO chair Farr, who opposed moving forward with the letter and had her name signed to the draft released Feb. 5.

Well, at least property owner and landlord Peter Mitchell has a good handle on the situation in Isla Vista, and has expressed caring concern for the residents there, as evidenced by his quote: “I believe that what we have already there [works] …” Ha, it works for you, I guess, since you don’t have to live there, and you just use I.V. as source of income by gouging your tenants!

CSD will not work but IV/UCSB Cityhood will on the path of least resistance. Here is a work plan: 1)Collect 10% of the signatures of registered voters in the last governor’s election from the UCSB and IV precincts like I did in 1983. 2)Submit said signatures to LAFCO and make your case for LAFCO’s unconstitutional animus to young peoples’ rights to self government in Isla Vista/UCSB. 3)LAFCO will then turn you down…what ever their basis you then sue them for violating your federal civil rights under color of state law…42USC1983 Simple plan IV/UCSB NOW and you by pass all the… Read more »