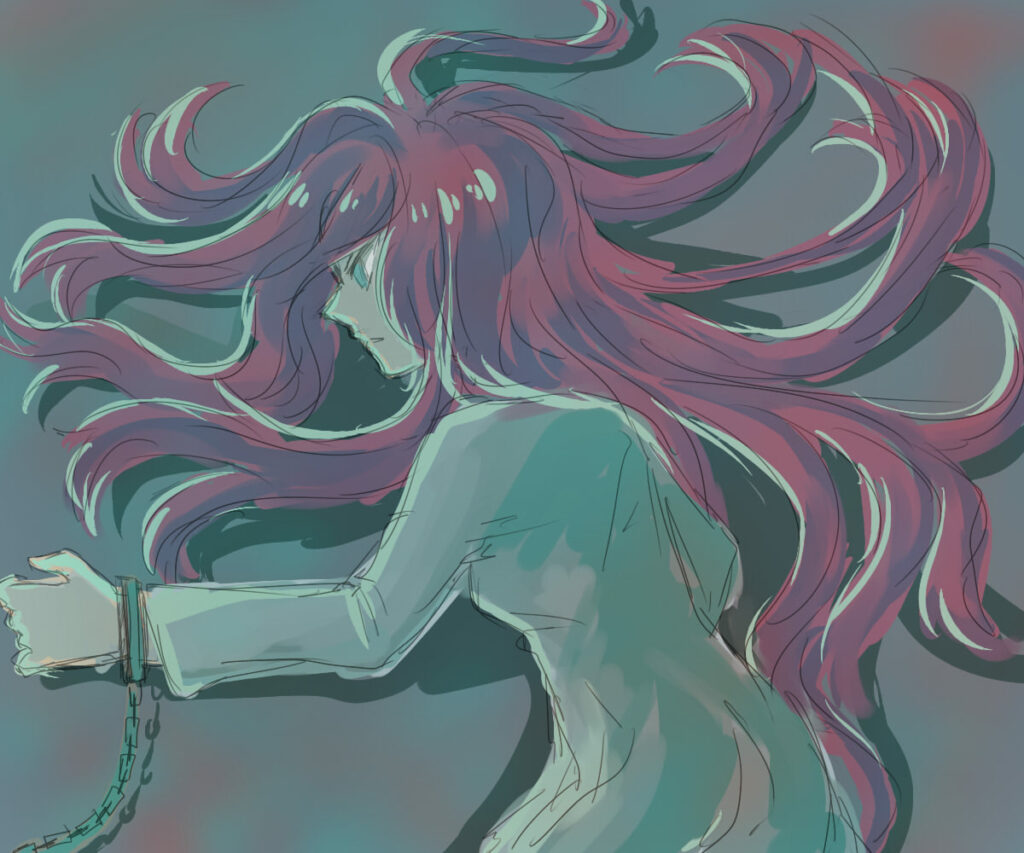 I was best friends with a convicted arsonist.

I remember that morning very distinctly. My mother was driving, nonchalantly fretting about the weather, reminding me for the millionth time that she had packed my lunch and, oh, why was the refinery operating in the middle of the school week! I noticed the long tendril of smoke wafting over the calm Pacific breeze, but failed to appreciate its significance. It was only later, after I had passed all the fire trucks, police cars and angry mothers, that I appreciated the gravity of the situation. My friend finally broke and it was serious.

My friend was a diagnosed paranoid schizophrenic. The teachers would lob that label around like a shuttlecock constantly sailing over my fourth-grade brain. Whenever I would ask, they only gave me a halfhearted reassurance that my best friend was okay. I only realized what it meant almost a decade later, sitting through another boring AP Psychology class, when the teacher dropped the S-bomb. I followed the feeling of déjà vu to my yearbook, then to my computer. Here, I rediscovered my anger at the injustice that occurred that day. My friend was helpless, trapped in a dark pit of loneliness, pills and demons, and no one did anything to help. They called him a criminal and locked him away. 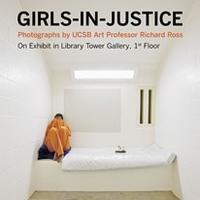 I recalled this part of my life very vividly as I entered the Girls-In-Justice exhibit. A nondescript corner on the first floor of the ivory tower that is Davidson Library, Girls-In-Justice is a memento of the reformatory lives of several juvenile girls trapped in a system. Put together by art professor Richard Ross, writing professor Cissy Ross, sociology professor Victor Rios and black studies associate professor Gaye Theresa Johnson, the exhibit was opened in relation to UCSB Reads program’s selection of Orange Is the New Black: My Year in a Women’s Prison, a memoir-turned-television-show by Piper Kerman. Printed on large, sterile-white canvases lined up side to side with short essays separating each set, the photographs captured the stories of a group of young women, all in the juvenile delinquent system and all part of a growing problem in the United States.

One of the photographs caught my eye. It was not anything like the typical portrait of the average American penitent, hands curled up simultaneously straddling and strangling iron bars. Instead, the walls disappeared and I peered into a room, threadbare, with a single, massive, plastic bed to the side. On the bed was a girl, doubled over, staring away at a pile of books. Of course, she was hiding her identity, just like the other prisoners. On the side, her story, among the longest I read, stood out among the rest. Here’s a short summary if you are interested — she is a runaway, her father is deceased, her mother is not involved, her siblings are in various foster homes, she got involved in prostitution since her mother forced her at the age of 11 and she was interviewed for this project when she was fifteen. Hers was a story of tragedy, of stolen opportunity and innocence, something that was a running theme throughout the exhibit. According to the picture, her name was B.N. I have never lived in B.N.’s world, but her story is a perfect example to the struggles that many young women in the juvenile detention system go through.

According to the exhibit information panel (if you haven’t gone yet, it’s above the display of the handcuffs and the jumpsuit), girls in the detention system report “twice the rate of past physical abuse … past suicide attempts, and four times the rate of prior sex abuse as boys (OJJDP). While the number of youth in the system has declined, girls are a growing share of the youth arrested, detained, and committed.” The severity of the effects of incarceration on girls is a well-documented fact. And the causal links and the risks of incarceration are well-understood phenomena. Every year, thousands of juveniles suffer quietly in prisons throughout America.

The U.S. leads the world in the number of incarcerated adults with a staggering 2,228,424 serving time in its many facilities. Of these, about 37.5 percent are black, according to the Federal Bureau of Prisons.

The Office of Juvenile Justice and Delinquency Prevention in October 2006 operated “approximately 2,658 facilities in the United States [holding] 92,093 juvenile offenders” according to the NDTAC, an agency “providing technical assistance to States agencies with Title I, Part D programs.” This statistic does not count the number of youths being detained in the adult prison system because they were charged as adults. And, according to the International Centre for Prison Studies, the U.S. leads the world in the number of incarcerated adults with a staggering 2,228,424 serving time in its many facilities. Of these, about 37.5 percent are black, according to the Federal Bureau of Prisons. With the advent of the War on Drugs and the growth of the private prison industry in the United States, the above fact is not a surprise. The disproportionate effect on minorities of harsh drug sentencing in many states is evident in this statistic.

The last several decades of America’s history was characterized by a conservative reaction against the liberal New Deal coalition. Reagan’s Southern strategy shattered the Democratic Coalition formed under President FDR in the New Deal and set the course of American politics for another four decades. Though it may seem to be a biased and possible controversial point of view to say that the formation of a Southern and Conservative block, history never lies. Events like Hurricane Katrina, the CIA-Contra Scandal and the policies set forth by Reaganomics has set in the mind of many minority communities in America, especially the black and Latino community, the belief that the establishment has not cared for these constituents. And, on the far left, organizations like the Black Panthers and the Black Power organizations that were prevalent in the minority communities especially in the Bay area, has arguably supported anti-establishment movements and activities. In between these two organizations, the black minority community has long suffered.

The black community lives in between a rock and a hard place.

The black community lives in between a rock and a hard place. On one side is the police brutality and the establishment’s abuse of power and on the other side is the violence that drug trafficking has brought to these communities. I am not one to attack the government. In fact, I think the government’s services prove indispensable to those most in need. However, the hijacking of Congress by the GOP and the racist police culture endemic to communities such as Ferguson has set these efforts back and created mistrust between the black community and the government. In order to reverse these trends, we need a government that responds to the citizens, not arrests them. We need a system to help the poorest people find a way out of poverty. And we need to end the cycle of imprisonment of disadvantaged children across America.