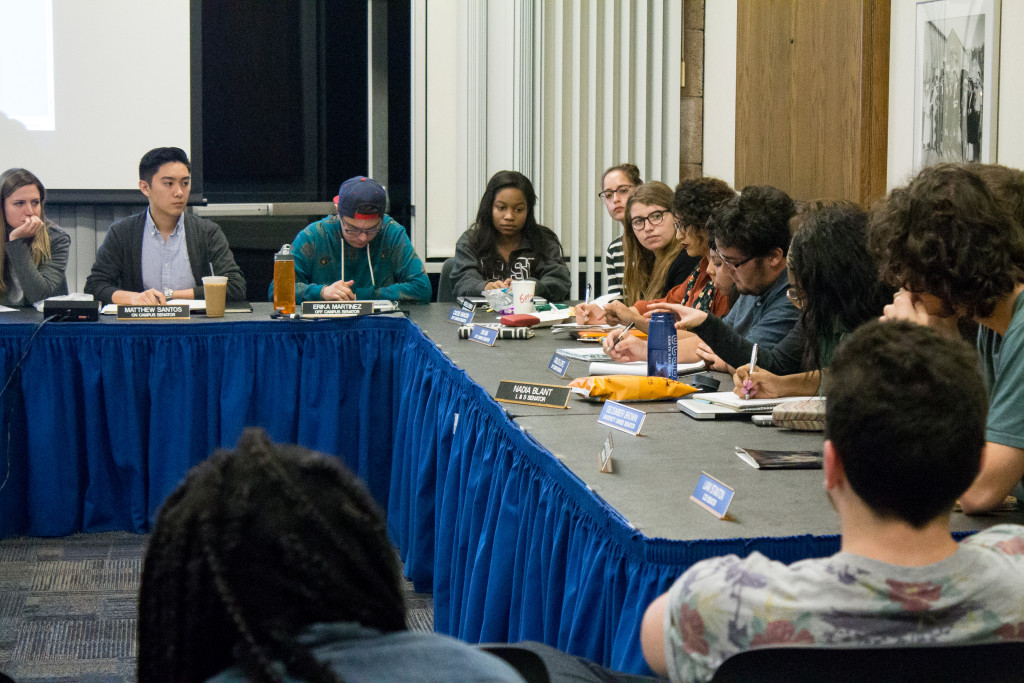 During the meeting A.S. External Vice President of Local Affairs (EVPLA) Cameron Schunk urged A.S. to pass “A Resolution to support Assemblyman Das Williams’ Bill AB 3,” a bill that aims to enable self-governance for I.V. Former A.S. President and Santa Barbara City College Board of Trustees member Jonathan Abboud also attended the meeting to speak on behalf of the resolution.

Schunk said I.V. has “a long history of neglect, abuse and tragedy,” but that AB 3 would give the community the power to implement changes that will shift this culture.

“As the quality of living increases for residents, so will the sense of pride and stewardship in the community,” Schunk said.

According to Schunk, the I.V. Recreation and Park District cannot adequately fulfill the role of a strong local government under current conditions.

“It can’t address issues that are important to the I.V. community such as policing, lighting or tenants’ rights,” Schunk said. “In order to prevent future tragedy and put I.V. on a strong path, we need a strong sustainable local government to give us self-determination for our community.”

“This is something that if we don’t do everything in our power to create something lasting to improve life in I.V., it’s something that will get passed up,” Lopez said, “and in five years when we decide to try again it will be way more difficult to get people rallied about this idea.”

Lopez said AB 3 would allow all I.V. residents to acquire the autonomy necessary to provide the area with the services and infrastructure it needs.

“There doesn’t need to be any concern that this is Das Williams or the state government imposing anything in I.V.,” Lopez said, “Its very representative.”

Abboud, who has been working closely with Williams’ office in the I.V. self-governance movement, asked the senators to seize the opportunity to promote change in Isla Vista.

“Are we going to let Isla Vista decay or are we going to take it into our own hands?” Abboud said. “We’re never going to get another shot at this. When we talked about this is August 2013 it was a pipedream. AB 3 is the best option we have right now, the most feasible option.”

Abboud also said the resolution is important because the high student population living in I.V. will be affected by the bill’s outcome.

“The importance of this resolution passing is that students are the majority of people who live here 20,000 students live in the vicinity this is our home,” Abboud said. “This really affects us on a day to day basis more than anybody else and you all are direct representatives of the students so you are the only organization who can speak on behalf of this group of people.”

A.S. External Vice President of Statewide Affairs (EVPSA) office member Brett Carpenter also spoke to Senators about denying support for Senate Constitutional Amendment One, which would move control of the UC system away from the UC Regents and put that control into the hands of the California State Assembly.
Carpenter said he discouraged support for the bill because it is vague and not in the best interest of students.

“The Regents were originally created as a separation of powers, a balance of powers,” Carpenter said. “One of the reasons we have them is academic integrity and academic freedom. The legislature would be able to determine things like what we research, so that’s obviously a big problem.”
Carpenter also said rejecting support for the amendment is an unacceptable move by the legislature.

“I see this as intimidation on behalf of the legislature,” Carpenter said. “It’s a way for the legislature to test the waters and see what the students are feeling and if they can get us on their side. I don’t think students should be used as bargaining chips or political capital.”

A.S. President Ali Guthy also updated the Senate on potential plans to renovate the entranceway to the A.S. Main Office in the Multicultural Center (MCC) building at a cost of tens of thousands of dollars.

“We should be receiving an initial draft design by mid-March, early-April and that’s when we’ll bring it to the Association to decide whether we move forward with it,” Guthy said.

Guthy also announced that there will be a student forum from 4 to 5:30 p.m. at the Pardall Center today for students to discuss issues they have with proposed changes to the Gaucho Health Insurance (GHI) plan.

Among the resolutions passed at the meeting were those in support of Assemblyman Williams’ AB 3 bill, funding for a Black Student Union community service trip to Ferguson, Missouri and a bill in support of the establishment of a 24-hour cafe in the library.

Senator Matthew Santos discussed the incoming, custom-made vending machines for the university. A pilot vending machine will be located at the Pardall Center and the program will expand from there.

“We are meeting up tomorrow to sign the lease with Vendu-cation and essentially once we sign the lease, a municipal lease, it will be $150-170 a month,” Santos said.

According to Santos, the agreement on the vending machine program will be reviewed yearly.

“Each senate will renew the lease, the lease will last up to five years, and at the end of the five years the UC will own the vending machines if they want to,” Santos said.