The Daily Nexus
News
LAFCO To Decide On Opposition Letter Today
February 19, 2015 at 5:00 am by Staff Report 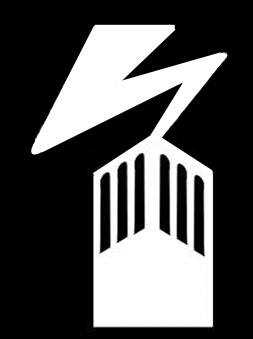 AB 3 proposes to create a community services district (CSD) for I.V. which would allow the area to levy taxes on residents in order to pay for certain public services unique to the district. If passed, the bill will sidestep LAFCO, which by law is responsible for overseeing the establishment of CSDs and has historically turned down I.V.’s attempts at self-governance. The letter up for discussion today expresses LAFCO’s concern about the bill’s ability to bypass the agency and enumerates 12 concerns about the bill, primarily regarding the specifics of how the CSD will function and what services it will provide.

The letter was drafted and formally released for public comment at their last meeting on Feb. 5 which featured vocal concern from over a dozen I.V. property owners, some of which stated their outright opposition to the bill due to concerns over property taxes rising if a CSD is implemented.

“It appears that in its current form, AB 3 intends to bypass the LAFCO District formation process, which is of great concern to CALAFCO and the Santa Barbara LAFCO,” the LAFCO letter states. “The bill does not state which services and powers are envisioned for a CSD. Usually CSDs fold in existing districts. Are new services envisioned?”

Further points the letter discussed included questions on how specific services will be financed, the role of the university in I.V. self-governance, the role of Santa Barbara City College and the County Board of Supervisors in the proposed CSD, the specific makeup of the governing board and potential for the CSD to have planning and zoning power for I.V., among other questions.

Williams released a response to the letter on Tuesday and said the details of the bill are still being worked out, specifically asking the commission to “deny approving” the letter.

“[The letter] will largely be perceived as opposition to the bill as a whole,” Williams stated. “While that may be the goal of some members of LAFCO, appearing to come out in opposition to a bill that has no specifics would only reinforce negative opinions of this board and their past dismissal of self-governance options for I.V.”

Williams also said the bill is still in the early stages of the legislative process and does not yet contain specific language to address the concerns of LAFCO in the letter. Williams’ office has held weekly meetings and several town hall style events with various I.V. stakeholders to determine the bill’s specifics.

“It is important to clarify that the bill currently only contains ‘intent language,’ meaning there are no details contained in the bill at this time,” Williams stated. “In fact, it cannot even be referred to policy committee yet because it does not contain language that can be voted on by the legislature.”

According to Williams’ decision, his bill’s goal is to create a CSD for I.V. by act of the legislature was based on practical limits within the LAFCO process.

“The decision to use special legislation to create a CSD was based in the reality of the constraints of the LAFCO process. In order to create a CSD that would meet the distinct needs of IV residents, we need to get creative with the board makeup and taxation powers,” Williams stated. “The typical CSD structure with a board of five at-large elected board members and the power to only levy property taxes would not serve the diverse and unique demographics that reside in I.V.”

Good for LAFCO for sending that letter! IV self-governance is not well planned out, as admitted by Williams. Until we see details of what this supposed CSD entails they shouldn’t even be promoting it.

CSD will not work but IV/UCSB Cityhood will on the path of least resistance. Here is a work plan: 1)Collect 10% of the signatures of registered voters in the last governor’s election from the UCSB and IV precincts like I did in 1983. 2)Submit said signatures to LAFCO and make your case for LAFCO’s unconstitutional animus to young peoples’ rights to self government in Isla Vista/UCSB. 3)LAFCO will then turn you down…what ever their basis you then sue them for violating your federal civil rights under color of state law…42USC1983 Simple plan IV/UCSB NOW and you by pass all the… Read more »