Isla Vista rental group St. George & Associates will get rid of its Ambassador Program in favor of stricter guidelines 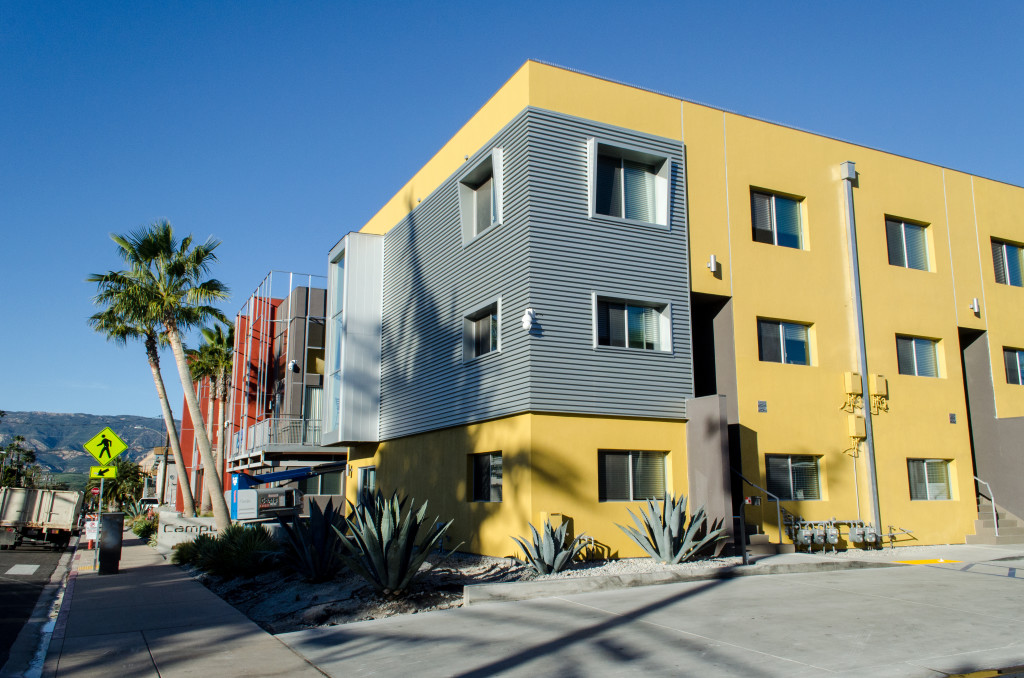 Campus 880 apartments, the original site for the Ambassador Program, will soon be host to a new scholarship program. Sam Aragon/Daily Nexus

The Ambassador Program, which rewards tenant discounts, was established following the completion of the Campus 880 housing complex at 880 Camino del Sur in 2013.

The program required tenants to maintain a 3.0 GPA and to participate in four I.V. community events approved by a committee in order to receive a 20 percent discount off their annual rent. St. George & Associates plans to terminate the Ambassador Program starting next year and may convert it to a scholarship program where students will no longer be able to choose which service events to participate in.

“I’m not going to fight with people anymore,” St. George said. “I’m terminating what I think was probably one of the most innovative community programs that you could put in a college community.”

In order to prevent further complications, St. George said he plans to change the Ambassador Program to a scholarship program where students no longer choose their own community service activities.

“I’m going to do a scholarship program next year and I’m not letting kids pick the events anymore — it’s not going to happen,” St. George said. “They broke my heart this year.”

Ambassador Program director Mark Capritto said residents avoided the proper types of events for the program, which asked tenants to perform community service.
“[The residents] didn’t do what they were told,” Capritto said. “You can’t just pick and choose what you want to do — you do the program.”

According to Capritto, St. George & Associates would often turn down the reward for tenants who did activities like donating blood or working on campus, which he felt did not directly help the I.V. community.

“Some people were saying, ‘Well I gave blood. That should help somebody in Isla Vista.’ We said, ‘No you can’t count that.’ People started doing all these things that they felt were contributing, and — bless their hearts — that’s what they do,” Capritto said. “Certainly donating blood is a worthy prospect, but it didn’t meet the needs of those people who were actually paying to have it done.”

Capritto said he supports the idea of converting the Ambassador Program into a scholarship program, but maintained he is opposed to terminating the program altogether.

“I don’t really want to walk away from this,” Capritto said. “Ed [St. George] asked me a year ago to come in and look after it, and I said I would.”

Associated Students Legal Resource Center attorney Robin Unander said tenants asked for attorney service as early as October when disputes arose between residents and St. George & Associates over how many hours were required for each community service event and what kinds of service activities qualified under the program.

“There was such a firestorm of frustration that some tenants had to lawyer up and try to see what they could do to try and get [St. George & Associates] to comply,” Unander said. “One student lawyered up last October.”

According to Unander, St. George & Associates has made it difficult for students to adhere to the community service requirement of the program. She said the property management company kept “moving the carrot,” and students found themselves having to complete additional requirements to receive their reward.

“There’s so much of a shit-storm going on over there with students who rightfully complied with their contractual obligations,” Unander said. “They jumped through the hoops that they were told they had to jump through, but the hoops kept moving.”

According to Unander, St. George & Associates changed the qualifications to avoid paying for the 20 percent difference created by the rent discounts, which she said cost the company more expenses than it anticipated.

“I think the Ambassador Program ended up being more expensive than what they originally estimated,” Unander said. “They probably had more tenants qualify for it than what they thought would, so then that became an expensive experiment.”

According to Unander, Capritto has no legal authority to change the language of the program because the program’s specifications are bound within the lease contract.

“The Ambassador Program is incorporated into the lease contract, so they have to honor it just like they have to honor every single clause contained within that contract,” Unander said. “The sad part is that whoever this Mark Capritto person is, he’s lacking the knowledge about contract law.”

Capritto said the attorneys who argue that St. George & Associates cannot change the language of the Ambassador Program hold a different view on the function of the rental organization.

“I’m not an attorney, but what I can tell you is that is coming from an attorney who’s protecting their client,” Capritto said. “I know where the attorneys are coming from, but that’s their interpretation of what an organization does.”

According to Capritto, St. George & Associates is allowed to alter the Ambassador Program at any time it wants as part of its rights as an organization.
“We’re an organization,” Capritto said. “We reserve the right to restructure ourselves.”

A Campus 880 resident and second-year student who spoke on condition of anonymity said the Ambassador Program required she complete 16 hours of community service per year upon signing her lease, but that number has now increased to 64 hours per year. She said she fears she may not obtain the minimum amount of hours because the number has increased and St. George & Associates limited what events she could participate in.

“They didn’t let us choose our own volunteer work in Isla Vista,” the tenant said in an email. “It makes it more difficult to accumulate hours, and we can’t pursue volunteer work in the areas of our choosing, like we used to be able to.”

The tenant also said St. George & Associates was imbalanced by giving credit to residents who did not properly complete their community service.

“Some students who didn’t complete the volunteer hours simply got their hours signed off by a Campus 880 representative, and they were told they could ‘make up the hours later,’” the tenant said in an email. “This is unfair as this option wasn’t available to all students.”