The Daily Nexus
Recipes
Hanging Out with the Soup Guy
February 19, 2015 at 5:00 am by Rae Ann Varona and Solène Rouvier 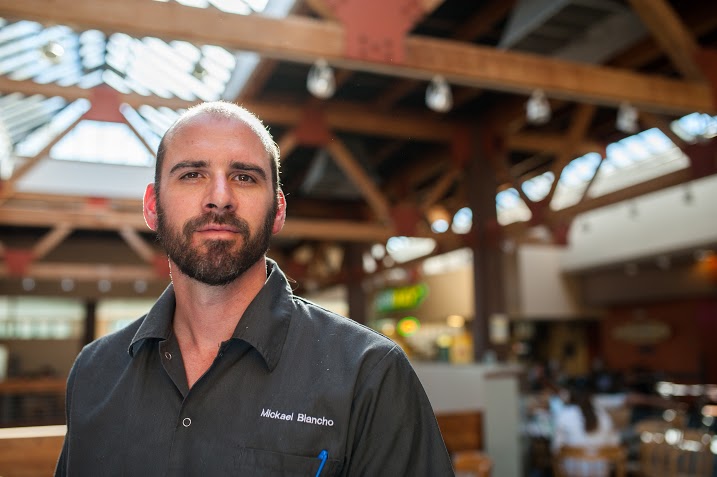 As the conference door opened, trays of wonderfully aromatic soups appeared, and carrying them was the man responsible for providing UCSB with the large variety of flavorful soups varying in consistency, color and smell that can be found on campus every weekday. On the trays were little containers full of different kinds of soups containing an array of wonderful ingredients such as butternut squash, ginger and apples. Upon opening the covers, whiffs of spices and herbs filled the room. All were prepared by French culinarian Mickael Blancho, who hails from the north-west region of Bretagne, France.

Blancho, popularly known as the Soup Guy, has been serving UCSB with fresh bowls of soup using local, sustainable and organic produce for a little over a year now. Since arriving at UCSB nearly two years ago, he has received quite a student fan base, and his soups have become part of some visitors’ itineraries. On the Menu got to hang out with Blancho to talk about soup and his life in France, and of course, to sample his many soups.

Who is the Soup Guy? How did the name come about?
I was born and raised in France, and I did my apprenticeship in France in a restaurant called Le Capistan. The name Soup Guy was given to me when I first started working here about a year and a half ago.

Why did you start cooking? How did you get interested in the culinary arts?
My mom was a really good chef so she taught me a lot, and in France, you love to eat food and spend time around the table. Food is a big, big part of the French lifestyle. When I was young I really loved food and enjoyed cooking it.

How did you end up here at UCSB?
I was in Yosemite when I got the job offer. I applied online through the Independent. There was an ad for a senior cook position, so I applied for that.

So out of all these soups, and I see you always have a soup of the day, what’s your favorite soup to make?
I mean, I enjoyed making all the soups. I think they all have their unique flavor. I have some I don’t like as much as others but all these soups here, I love them all. I can’t choose which one I like best.

Would you say your soups are tinted with your French roots?
Definitely, everything I do is French influenced. 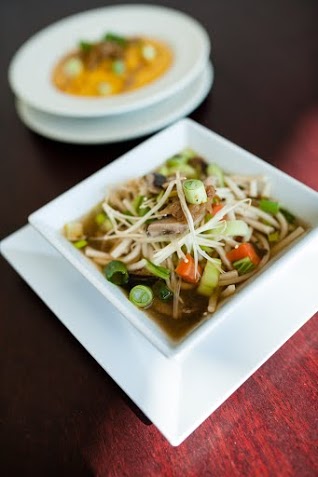 In what way?
All the stocks, all the broth. That’s really French.

You are very passionate about French and local produce. Would you say that it’s accessible here in the United States compared to France? What’s the difference?
It’s accessible in California more than in the rest of the United States, but I think what’s lacking here are farmer’s markets. In France, farmer’s markets are more diverse. There are more farmers and local economies here. It’s a more a globalized or nationalized process, so it’s harder to get the really good stuff for an affordable price.

Have you been to any farmer’s markets here?
The Saturday one in Downtown Santa Barbara is really, really good. It’s got good stuff.

What are your opinions about life in SB?
It’s a beautiful life. The weather, the beach, the mountains, the small community … It’s not a big city, and the food is great. The beaches here are beautiful. Like Refugio, and El Capitan a little bit further down. And Rincon.

What’s your favorite place to eat around I.V. or Downtown?
Well, I don’t usually eat in I.V. so I don’t have experience. But like, Hollister Brewing Company has a really good happy hour and really good food. Los Agaves has really good food. But, if I’m looking for something cheap to eat out, I mean, I’ll eat a burrito. I had Freebirds once and it was really good. The Habit sells a really good burger too. In Downtown, there is Bouchon, Seagrass, the Wine Cask or The Lark. The Lark is definitely a good restaurant.

Finish this sentence. Good soup is _________.
Good soup is a good broth — homemade broth — that you make from scratch. If you use a chicken base or a beef base, it’s not the same as making your own from the bones and the vegetables and putting the wine and the fresh herbs in there.

What other foods do you enjoy making aside from soup?
I enjoy making French food, like crepes and Gratin Dauphinois, cassoulet or just cooking fish or meat.

When you’re not making soup, what do you do?
I love climbing. Bouldering for training but my passion is track climbing into mountains. I try to do it as much as I can.

You also have a vegan soup. What inspired you to make a vegan recipe?
It’s just that it’s healthy. Putting cream and cheese in everything is not always a good thing, and it’s just challenging trying to make a good vegan soup. For instance, the Asian noodle soup is also vegan.

Where do you usually get your produce from?
The I.V. Co-op, Trader Joe’s, Whole Foods or the farmer’s market. Also, the Lazy Acres Market.

Okay. Foie gras. It was banned here but recently got its ban lifted. What’s your take on foie gras?
Well I think the practice is terrible. I’m not a big foie gras or veal fan. It’s not a very good practice. But foie gras tastes delicious compared to veal, but I don’t understand how people can eat foie gras. It’s force feeding a duck.

Blancho’s soups can be purchased at Romaine’s, Coral Tree and Courtyard Cafe. His Soups of the Day and other news can be found on his Twitter, @UCSBSoupGuy. 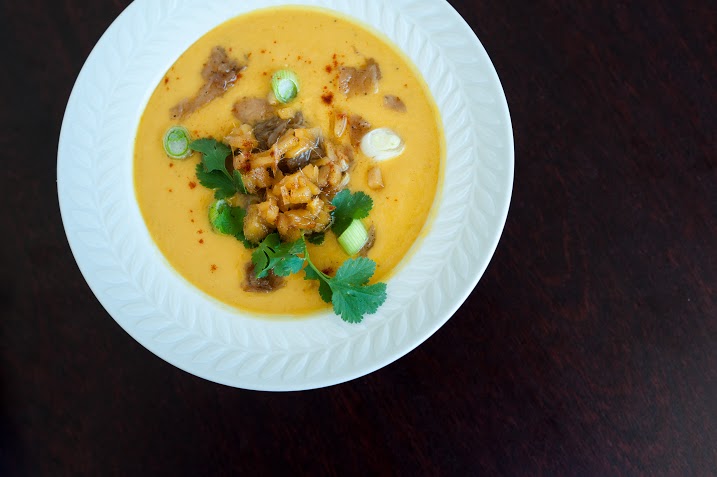 Mickael recommends splitting your time in the kitchen into three days for this spring-inspired take on a winter classic. If you prefer to knock out all of your cooking simultaneously, prepare the candied ginger while the squash and sweet potato roast.

For the Candied Ginger

Two Days Before: Cut butternut squash in half, remove seeds and roast with whole sweet potato in oven at 300° F for 1.5 hours.
Day Before: Peel squash and potatoes, reserve.
Make candied ginger, cook ingredients on low heat until all liquid evaporates.
Day Of: Put sweet potatoes, apples, butternut squash, candied ginger, water and spices into a large pot. Bring to a boil and simmer for 35 minutes. Add coconut milk and cook 10 minutes. Transfer to a blender and purée until desired consistency. Return to pot, add caramelized and green onions, and cook 5 minutes and serve. 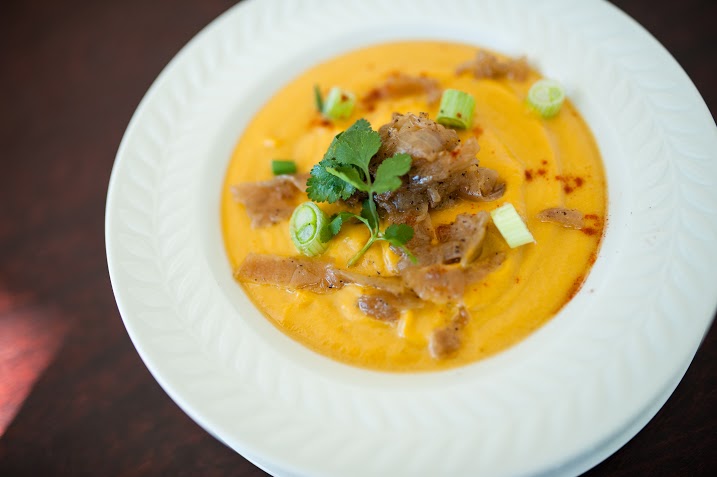 This variation of the butternut squash classic infuses lemongrass and fresh ginger. It’s a close relative to the sweet potato and apple edition, so once you make one version, the other should be a breeze.

Two Days Before: Cut butternut squash in half, remove seeds and roast in oven at 300° F for 1.5 hrs.
Day Before: Peel squash and reserve. Roughly chop ginger, simmer in 1½ cups water for 1.5 hours. Add lemongrass and continue simmering for another for 1.5 hours. Strain and reserve the liquid.
Day Of: Take roasted squash, lemongrass infusion, additional 1½ cup of water and spices, and boil for 35 minutes. Add coconut milk and cook for 10 minutes. Transfer to a blender and purée. Return to pot, add caramelized and green onions. Cook additional 5 minutes, and serve.