The Daily Nexus
Swim and Dive
Day One of MPSF Championships
February 19, 2015 at 5:08 am by Daniel Moebus-Bowles 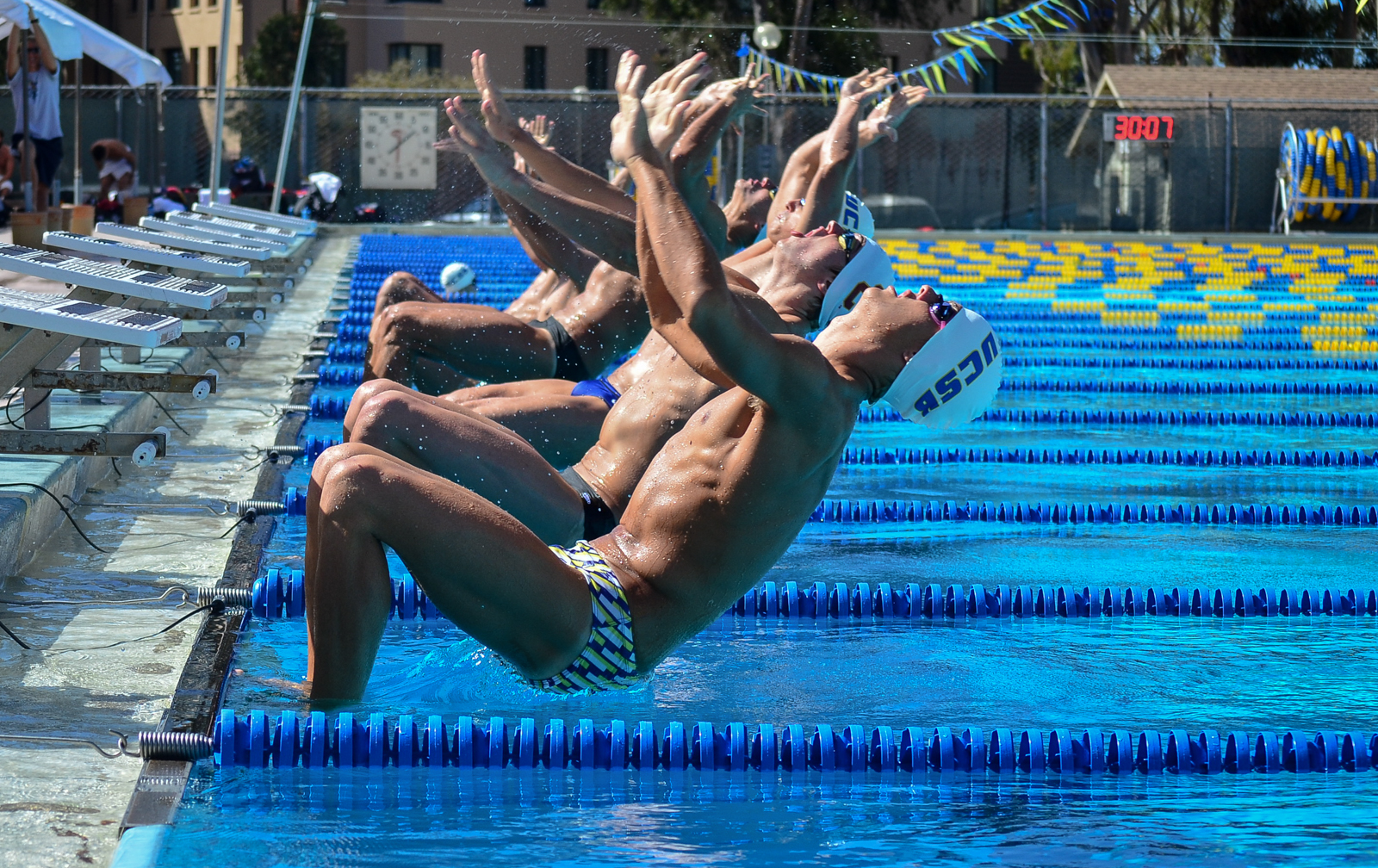 The MPSF Championships are underway as the UCSB men’s and women’s swim teams have traveled down to East Los Angeles College to compete against the best athletes in the conference.

This all-conference meet will be the last for the teams this year, while individuals will be looking to have a substantial enough performance to give them NCAA qualifications.

“After four years with such a great team, my goal for us is to come home to UCSB with a trophy in our hands,” senior sprinter Wade Allen said. “It’s no small feat, but I’m predicting some really great things out of this group, and I think many are going to surprise themselves in amazing ways.”

Allen and his team are already off to a good start as after the first day of competition the men’s team is tied for first with Hawai’i at a score of 74 with BYU trailing close behind at 64. The reason for their starting success was a first place performance in the 800-yard freestyle relay with an outstanding time of 6:29 that put them atop the other four teams. The team also found success in the 200-yard medley relay, taking second overall as Hawai’i just out touched the Gaucho team coming in only 0.03 seconds faster than Allen who performed as the anchor. The senior sprinter is one of many Gauchos who are hoping to extend their season to one more meet: the NCAA qualifiers.

The women at the end of the first day stand in third place out of the seven competing schools with a score of 60 points. They trail UC Davis by just four points and Hawai’i leads the way with 80 points. The Gauchos found some success in the relay events as well today taking second overall in the 200-yard medley. UCSB came in at a time of 1:40.67, just 0.43 seconds behind the leading Rainbow Wahine. They earned additional points in the 800-yard freestyle relay where they placed sixth at time of 7:26.72.

Today’s events will be of great importance for the Gauchos, as the diving events will be taking place. Without any divers, the team will be at a strong disadvantage, but this is a problem that they have sufficiently dealt with this entire season, as they have won numerous meets despite it. The rest of the relay events will be taking place as well which will give the team a prime opportunity to bounce back for the loss of diving points. The rest of the weekend will consist of individual events both preliminary and finals.

“The conference championship is what we train for throughout the entire year,” senior breaststroker Katie Records explained. “It is more important, now more than ever, for us to get behind each other and cheer each other on as we get ready to race.”

The MPSF Championships are currently under way in Los Angeles, Ca. Today’s events are set to start at 10 a.m.

Daniel is a beat writer for the UCSB swim and men’s tennis teams. Follow him on Twitter @TheRealMoebus