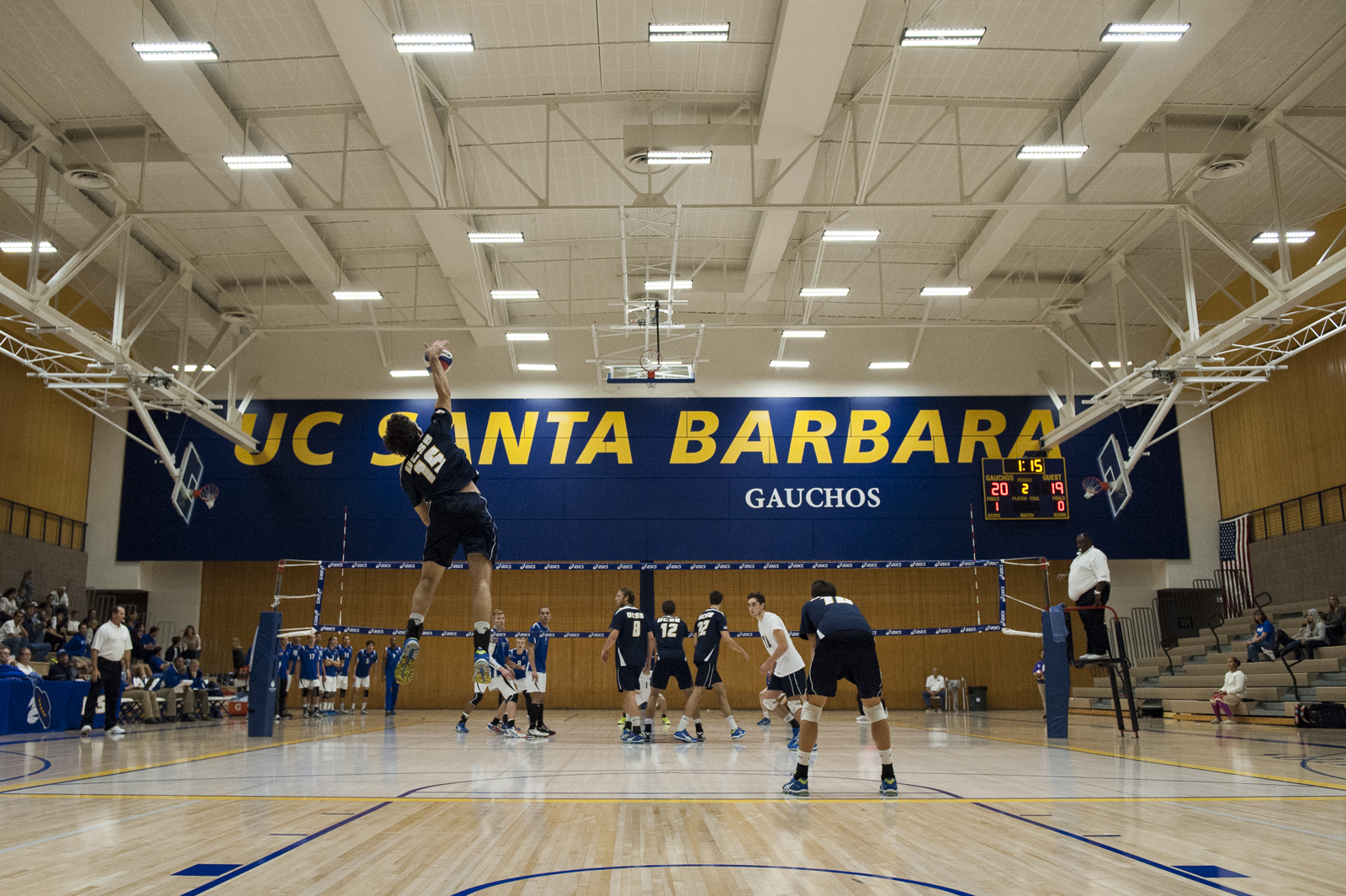 No. 8 UCSB men’s volleyball team hosts No. 2 USC tonight in Rob Gym in a test against a team that has great potential to finish at the top of the MPSF standings at the end of the season.

The Gauchos (8-5 overall, 4-5 in MPSF) will hope to knock off the Trojans (9-2 overall, 8-2 in conference) and continue their upward trajectory in the MPSF standings.

“We think we match up well,” junior setter Jonah Seif said. “We think we have a good chance against this team.”

USC comes into the match after splitting victories against No. 5 BYU. On Thursday night, the Trojans dropped the first two games but they stormed back to win the match 20-25, 21-25, 25-16, 25-23, 16-14. Junior outside hitter Alex Slaught had a career-high 24 kills and freshman outside hitter Larry Tuileta added 15 kills from off the bench. USC out-aced BYU 11-0 in the comeback victory and the win ended a seven-match losing streak against BYU.

On Friday nigh, the Trojans lost to a resilient BYU team in four games 25-20, 25-19, 23-25, 25-19. Slaught had 19 kills, but they weren’t enough as BYU’s sophomore outside hitter Jake Langlois led the team with 15 kills and junior opposite Matt Underwood had a season-high 14 kills.

USC’s setter, senior Micah Christenson is arguably the best player in the country. The 6’6” setter is a four-year starter and reigning 2014 Off the Block Lloy Ball Award winner presented to the nation’s top men’s collegiate setter. He is a three-time AVCA All-American, twice on the second-team and once on the first-team in 2014. He also was named to the Volleyball Magazine All-American first team and the All-MPSF first team in 2014. In the summer of 2014 he started at setter for the USA Men’s National Volleyball Team and led it to the FIVB World League gold medal as the only collegian on the squad.

“Micah is a great setter,” Seif said. “It’s fun going up against someone who can do what he can do, but at the end of the day there are five other guys on the court we have to worry about as well.”

UCSB has won its last two matches with victories over No. 10 Long Beach State and No. 9 UCLA. Sitting at seventh in MPSF standings, the Gauchos see USC as a huge test and a chance to make a move up in the standings.

“We were in a downhill trend a couple weeks ago,” Seif said. “We’ve been practicing harder and I think our confidence has boosted [after the last two matches].”

Redshirt senior opposite Kevin Donohue has been the leader for this team with his 3.98 kills per set, best in MPSF. The Gauchos hope that their outside hitters, redshirt senior Weston Nielson and redshirt sophomore Jacob Delson, can regain their form and join Donahue in a very strong group of pin hitters. Santa Barbara plays two very strong middles in redshirt senior Jake Staahl and redshirt junior Ryan Hardy and the squad hopes to pass well enough from the back to get them heavily involved.