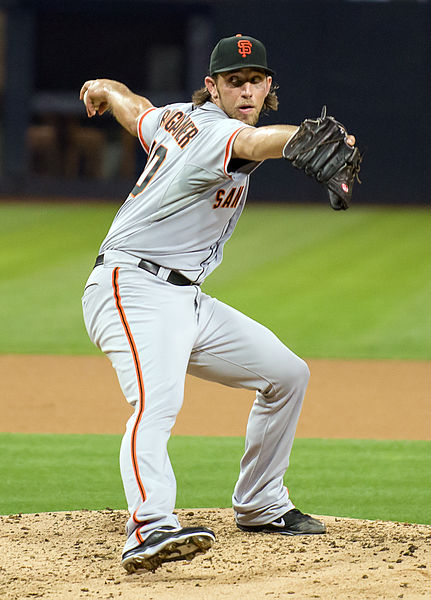 With pitchers and catchers reporting to spring training this week, I’m worried that the San Francisco Giants haven’t done enough this offseason to give themselves the opportunity to win the National League West Division and defend their World Series Championship.

Sure, the Giants have been on a trend of winning the World Series every other year for the past five years, so its their turn to take a year off, but I think they must do more with their roster considering how much the Los Angeles Dodgers and San Diego Padres have improved this winter.

The biggest acquisition for the Giants this winter has been the signing of left fielder Nori Aoki. Big whoop. Aoki is a slap-hitter who will hit around .280 for the Giants with less than 10 homeruns. He’s good enough to start but not what the Giants needed. They need more power, especially with the loss of the beloved Pablo “Kung-Fu Panda” Sandoval to the Boston Red Sox. Their replacement for Sandoval is Casey McGehee who is a similar player to Aoki in that he gets on base, but provides no power. This puts a lot of stress on catcher Buster Posey, right fielder Hunter Pence, and fist baseman Brandon Belt to provide all the power in this team’s lineup.

I really thought the Giants would add a starting pitcher this offseason. They brought back Jake Peavy and Ryan Vogelsong and hope that Tim Hudson and Matt Cain will be healthy and ready to join World Series MVP Madison Bumgarner in this year’s rotation. The Giants also hope Tim Lincecum can get his form back and become a dependable starter again. As much as I want to believe in “The Freak,” I just don’t see him having a productive season on the mound for the Giants as a starter.

The San Diego Padres may be the most improved team in baseball this year. They traded for outfielders Matt Kemp, Wil Myers, and Justin Upton as well as catcher Derek Norris. Then last week they answered the question of “Who will sign James Shields?” when they signed him to a four-year, 80 million dollar contract. I wanted to see the Giants sign Shields as their number two starter behind Bumgarner, but now they have to face him every time they play against the Padres.

The Dodgers are still one of the most loaded teams in baseball with the best pitcher in baseball, Clayton Kershaw, as well as a balanced offense led by first baseman Adrian Gonzalez, outfielders Yasiel Puig and Carl Crawford, and new second baseman Howie Kendrick. It will be a three-team race for the division championship as the Colorado Rockies and Arizona Diamondbacks will not be ready to contend for the playoffs in 2015.

The Giants are bringing back a very similar team to its championship caliber team in 2014 minus Sandoval. I’m worried about the offense with a lack of reinforcements and power. Brandon Belt is the player that I see who has to step it up this year. Belt was injured for the majority of 2014 but he did hit 12 homeruns in only 214 at-bats. He has 20-25 homerun potential and this might be the year he breaks out as a big bat in the Giants’ lineup.

With spring training starting up its time to start thinking about who is the best team in the West as its going to be a great showdown of the California teams in 2015. As worried as I am about this team, the results the past few years give me reason to believe in whatever generalmanager Brian Sabean has done with the roster this winter. I’m just excited for baseball season and for the chance to cheer on the black and orange.