The Daily Nexus
Sports
Promising Start Goes Downhill for UCSB in Gaucho Classic
February 16, 2015 at 5:05 am by Martin Cobos 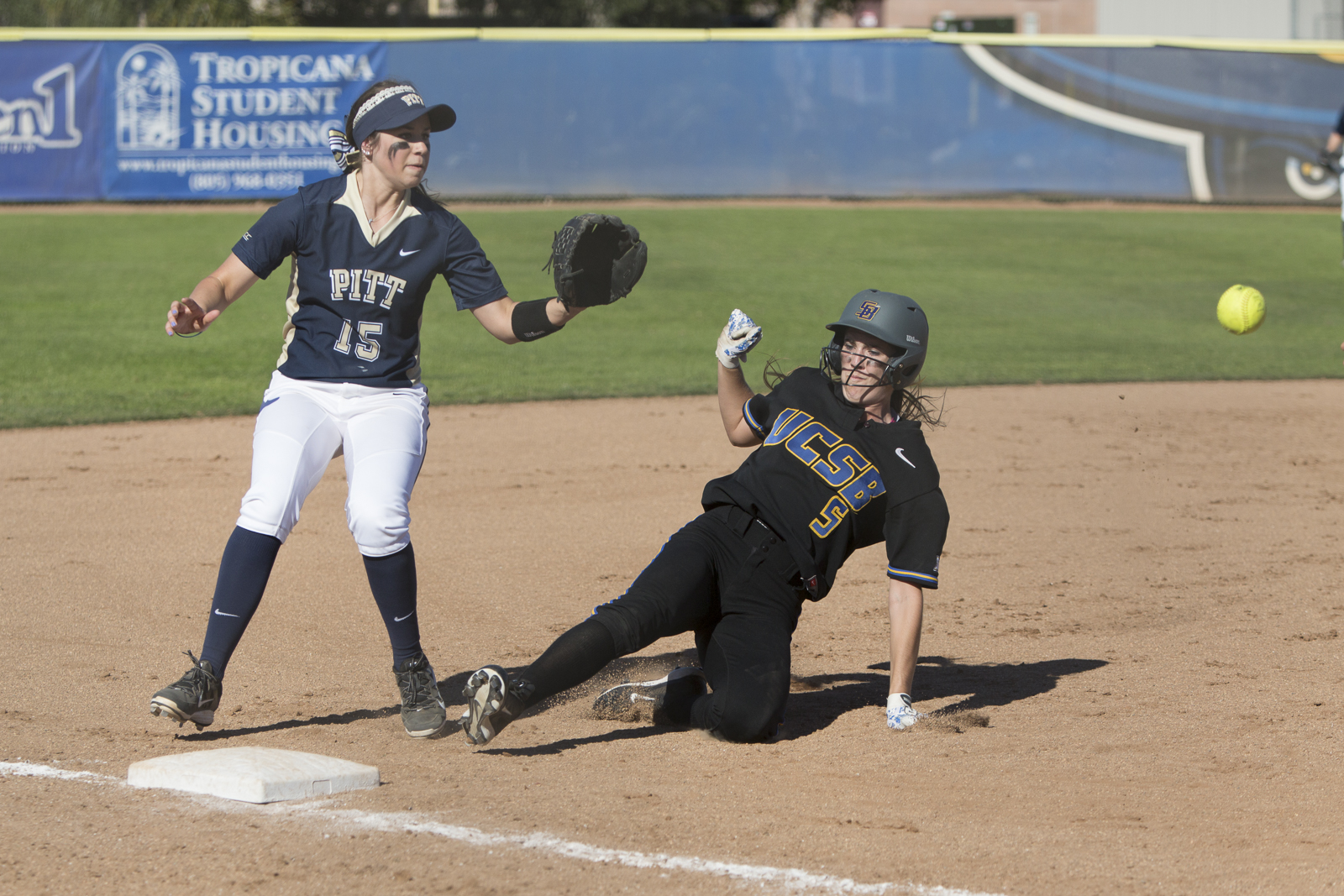 After a promising start with a 5-3 win over Rutgers, the UCSB women’s softball team dropped the final four games of the Gaucho Classic. The Gauchos lost to Pittsburgh on Friday by a score of 6-0 before dropping back-to-back games with a 6-5 loss to Rutgers and a 5-4 loss to Pittsburgh on Saturday. The Gauchos would fall to St. Mary’s by a score of 14-6 in Sunday’s finale.

Following the Classic, the Gauchos sit at 3-7 on the season. Pittsburgh improves its record to an impressive 10-0, while Rutgers stands at 2-3 on the season. St. Mary’s notches two wins and sits at 3-7.

“We really need to work on the little things,” senior outfield Shelby Wisdom said. “We must have cleaner defense and move the runners. It’s all about fixing what needs to be fixed.”

Junior infielder Arianna Palomares had a great day for the Gauchos, scoring a run and going 3-3 at the plate. Junior pitcher Ashley Ludlow was charged with the loss for UCSB and sophomore Katie Moss was awarded the win for St. Mary’s.

Saturday proved heartbreaking for the Gauchos as both games were decided in the final inning. In the later game, Pittsburgh burst out of the gate and scored a run in each of the first four innings.

However, the Gauchos would tie things up with two consecutive two-run innings as both sophomore infielder Emily Brucelas and Palomares singled to left field with the bases loaded.

After two scoreless innings and some solid pitching from junior Alex Pingree, Pittsburgh would walk off in the bottom of the seventh following an RBI single from senior outfielder Jordan Fannin. Ludlow would be charged with the loss for UCSB, while senior pitcher Savannah King picked up the win for Pittsburgh.

The earlier game for the Gauchos against Rutgers was full of scoring and took eight innings to be decided. After Rutgers jumped out to a two run lead in the first, UCSB roared back to take a 3-2 lead off a double from junior catcher MeShalon Moore and singles from freshman Jessica Johnston and junior Samantha Stark.

Rutgers would tie it up in the top of the sixth and each team scored two runs in the seventh to send the game to extra innings. The tie would be broken in the top of the eighth when junior catcher Elizabeth Adams scored on an error for Rutgers. Ludlow was charged with the loss for UCSB, and senior pitcher Alyssa Landrith got the win for Rutgers.

Friday was filled with bittersweet feelings for the Gauchos as they picked up a comeback win against Rutgers, but simply couldn’t get anything going against Pittsburgh. Senior Savannah King was simply lights out on the mound for Pittsburgh and only allowed two hits in the shutout win. Ludlow pitched six innings for UCSB and only allowed two earned runs, but was charged with the loss.

The Gauchos had no issues with the bats against Rutgers however. After going down 3-0, UCSB picked up two runs in the bottom of the fourth off a single from junior infielder Jenessa Jeppesen and a pickoff play that allowed junior utility player Dejanee Moore to score.

After a scoreless top of the fifth, the Gauchos would waste no time closing out the game. Wisdom singled up the middle for an RBI followed by MeShalon Moore doubling to left center for another RBI. Sophomore catcher Samantha Stark would cap off the inning by singling to left scoring Moore.

The UCSB women’s softball team will compete next in the Mary Nutter Collegiate Classic starting Thursday at 1 p.m.