College can be too intense. Other things can be more intense. So, we’d love to help turn up the heat a bit for you and your Valentine this February with our favorite seductive pop and R&B artists and songs.

You may recognize this Canadian alternative R&B artist from the “Fifty Shades of Grey” soundtrack, Ariana Grande’s “Love me Harder” or just from his sick hairdo. Whichever, this artist’s game with the girls isn’t a huge surprise once you give his songs a listen. And there is probably no better song for a kinky sex film than “Earned It.” It embodies the idea of a sweet, yet thrilling guy with lyrics like “You’re always worth it / And you deserve it,” paired with a slow soothing pulse. Tied with “Earned It” on the kink-scale, The Weeknd doesn’t hold back in their single “Often.” In fact, just take a look at his music videos on Vevo and you’ll understand exactly where this song could get you. 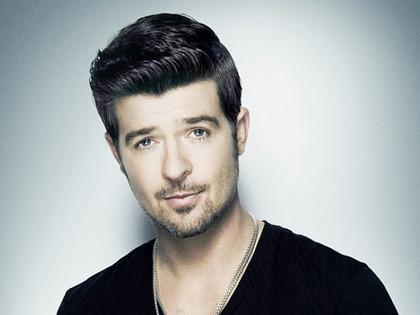 In an interview with GQ, Thicke said, “People say, ‘Hey, do you think this is degrading to women?’ I’m like, ‘Of course it is. What a pleasure it is to degrade a woman. I’ve never gotten to do that before.'” Even if Thicke seems to say all the wrong things at all the wrong times, he somehow managed to stay in a nine-year marriage with Paula Patton. His happy relationship secret is in the song “Sex Therapy.” The success of his bedroom seduction lies in his higher-pitched voice and explicit lyrics. Thicke blurs none of his lines when telling his lady what he wants from her. While his personality may be a turn-off to many, Thicke’s voice could do wonders.

Speaking of high-pitched, R&B artist Usher’s “Climax” takes temptation to a whole new level. It’s no surprise this slow jam reached Billboard Hot 100 within a week of its debut. It is a surprise, though, that there hasn’t been a newsflash about a girl fainting from his sexy falsetto. Seriously. If your sex life were the Super Bowl, Usher should be the one performing the anthem at halftime.

For the 90’s babies, Timberlake may be the NSYNC heartthrob with doe-eyed songs like “Tearin’ Up My Heart” (1997)  and “Music of My Heart” (1999). By 2002, Timberlake takes a sharp turn for his loverboy image. Classic example? “SexyBack” (2006) from the album Future Sex/Love Sounds. This song experiments on distorted vocals with a synthesizer, but JT’s voice is no less baiting than it would be without sound effects. Timberlake’s good looks and irresistible falsetto is just all too much.

Brown’s look at the 2015 Grammy’s – a burgundy Pharrell hat, nose ring, round vintage sunglasses and all – was definitely not on-point. Let’s try not to think of that. Let’s instead throwback to when Brown had that classy R&B look, to when Chr-ihanna (Chris and Rihanna) was a thing. We’re all pretty sure that the only reason Rihanna ever considered dating Chris Brown was because of his song “Take You Down.”

This slow R&B ballad has got girls squirming in their seats through every seductive guitar riff. Boys, you’ll love this one too because anything you’ve ever wanted to say to your girl when things are going down is in these four minutes and six seconds of magic: “I really want to take you down and show you what I’m about”.

This selection does not necessarily reflect the views of the Daily Nexus staff.

OMG YOUR SO AWESOME